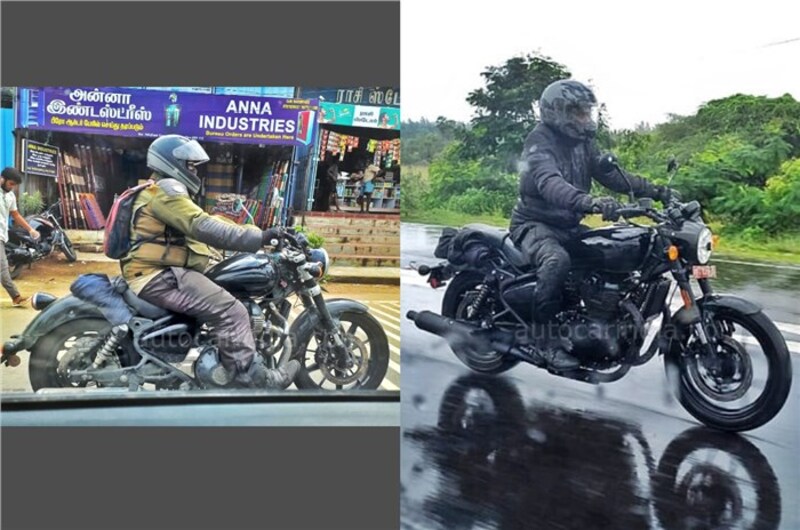 For all the Royal Enfield cruiser fans, the wait is just about over!!

Before the Rider Mania event, it is also expected that Royal Enfield is poised to showcase the new 650 models at the EICMA 2022 motor event in Milan, Italy. The EICMA 2022 event is happening between the 8th of November and the 13th of November and will see big names like KTM, Ducati etc. participating and showcasing their existing and upcoming products.

It is at this EICMA event that we are expecting Royal Enfield to announce and showcase the models that are being tested based on the new 450 cc liquid-cooled platform. This means the Himalayan 450 & Roadster 450 motorcycles that have been spotted testing in India and overseas will finally be unveiled and the launch time period will be announced for the same.

Also read – Are You Ready For New REs?? Himalayan 450 & Super Meteor/Thunderbird 650 On Final Stages Of Testing

In India, the Super Meteor 650 & Shotgun 650 are likely to be first showcased at the Rider Mania 2022 taking place in Goa between the 18th and 20th of November 2022. Both of these cruisers will be the latest entrant to the well-loved 650 cc premium platform and will be global models just like the Interceptor 650 & Continental GT 650 siblings.

Both of these new 650 cc powered cruisers have been spotted multiple times being tested in India and overseas. So much so, a near-production model of the Super Meteor 650 cruiser has been spotted in India in its top-spec Chrome-White trim, offering us a glimpse of what the true cruiser from Royal Enfield will look like.

On the other hand, the Shotgun 650 will be based on the SG650 concept that was globally showcased at the EICMA 2021 event and will be sporting the cruiser-roadster hybrid design language. Judging from the multiple spy-images we have shared over the weeks & months, we are expecting the Shotgun to have a sporty character compared to other siblings.

Finally, along with the new 650 cruisers and 450 models, we are also expecting Royal Enfield to announce multiple new accessories and kits for various models the company is offering domestically and overseas. We have reported about the new accessories spotted multiple times in our previous articles you can check here.