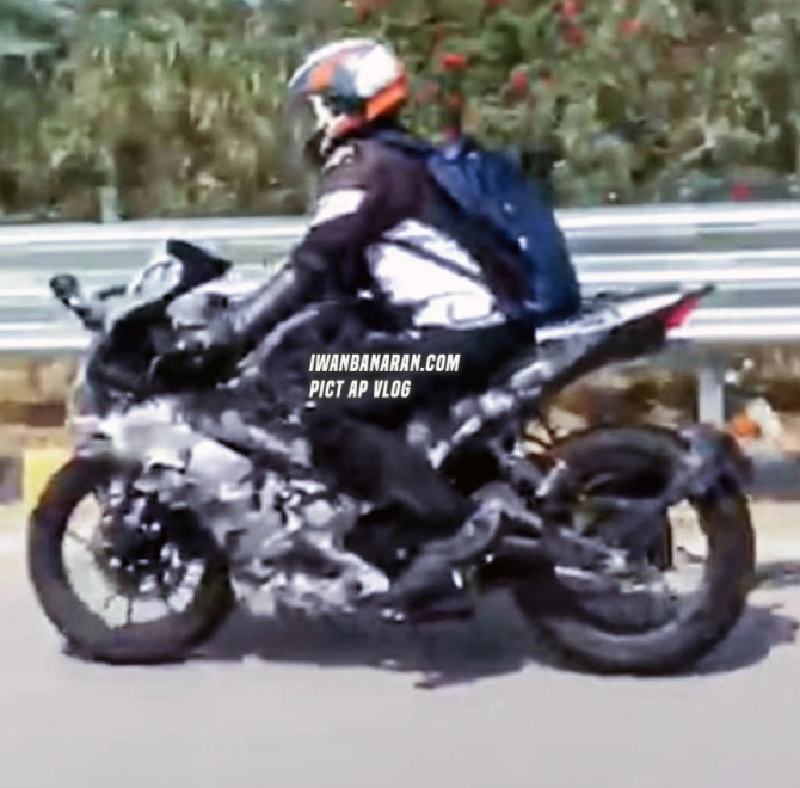 Fresh R15 V4 pics have emerged on the internet revealing newer details about the upcoming model; also quashes the possibility of this being the R25/R3!

The out of the blue spotting of a mysterious Yamaha mule few days back created a lot of flutter in the online world. We discussed this in an opinionated story that how Yamaha may be planning to go the whole hog with the updated model of what is probably one of the most popular bikes in India. You can read that here.

However, there are confusions that are being posted by readers as well as some portals that this particular model looks bigger and it could be R25/R3, etc. To clear them (well, almost), a new set of spy pics have emerged that ease out the confusions.

Let us first talk about the biggest giveaway – the swingarm! This is the same swingarm that the R15 V3 uses. For sure, it isn’t the one on the R25/R3. The 10-spoke alloy wheels and the braking set-up is carried over from the current R15 and even that rear tyre looks to be the same 140mm. This clears out that the spied mule is not the R25/R3.

Next question that many of the readers are posting is that this could have a bigger engine, around 200cc and still be based on the R15’s platform.

Yamaha NOT to Launch New R3 in India This Year

We DO NOT see that happening from a Jap such as Yamaha! Yamaha may not want to develop (an equally good) bigger motor only for the Indian market, and still promote it as an ‘R’ model.

It already has the 250cc single cylinder engine that it can pick from the FZ25 range but as we have discussed yesterday, it will never suit a mini-supersport motorcycle and the legacy that R15 has created in the market.

So, we are sure that this is nothing but the upcoming R15 V4 with a new design and single R7-like headlamp; and upside down front forks; and a new Bluetooth enabled instrument cluster!