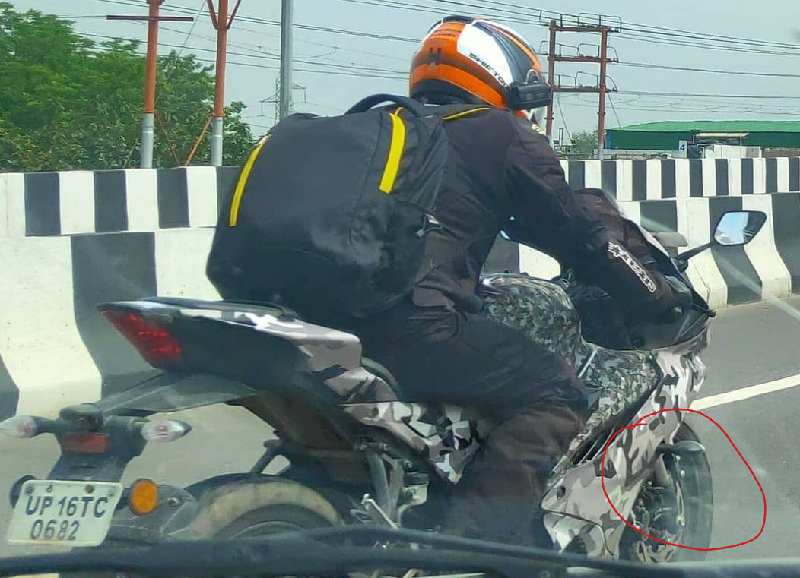 Upcoming R15 v4 is great news for every biker and we add to that feeling with this report. We may not get a cost-cut product after all!

Well, frankly speaking, the latest generation R15 is so brilliantly designed that it doesn’t look dated from any angle. And so, a fairly bigger change to its styling is surprising. Remember, we are talking about the model that was first unveiled in 2017 – about four years ago.

The R15 v3 was introduced in the Indonesian market first followed by India. In our country, Yamaha downgraded the model, stripping it of some bits – the most prominent of them being the upside-down front forks.

Flip up to 2021 and we see a change in approach from the brand. So, is Yamaha going the whole hog this time?

The upcoming model – considering that it, indeed, is the R15 V4, has been spotted testing in India first. That suggests that the R15 V4 will debut in India (and then go to other markets).

Coming to the spied test mule – a closer look suggests that it is wearing upside-down front forks! This would be the first time the India-spec model will come with these premium suspension. There are a few other smaller bits as well that possible tell that Yamaha has ditched that ‘India is a cost-sensitive market, hence downgrade the model‘ belief and this time our version will be loaded – probably as loaded as the international-spec models are.

Next Question – Won’t that push the price up..?

It, obviously will! But the thought appears to be row-with-the-flow! Sports motorcycle makers, specially KTM and Bajaj have gone berserk with their pricing. For instance, the RC125 – which is the distant rival against R15, now costs Rs 1,80,545 – despite being lesser powered! Similar is the case with many other sports models – their prices have gone through the roof in these last 2 odd years of COVID-disruptions and regulation adherence!

That has probably given Yamaha that courage to sell its R15 at a premium and hence, a full-blown variant can be seen here once it arrives. If people are buying 14-15PS models at 1.6-1.80 Lakhs, the 19 PS R15 can also do well at around this tag! Sibling MT15, which has also started doing well, may continue at its own pace.

Could the spied mule be something else..?

FZ25 is a utility platform and a mini-supersport just does NOT suit it! It could have been a sports tourer and that Yamaha has already tried (and failed). An ADV could be a nice add-on but definitely not a full faired, sports model.

A near 200cc ‘R’ model also doesn’t appear to be a likely candidate. Yamaha does not have such a motor anywhere in likely markets that could be worthy of sitting over the current 155. Whether it will develop one for our market? Well, looks very unlikely!

Generally, Japanese makers launch their motorcycles within 2-3 months of their first road sighting. In other words, their motorcycle projects reach open road testing stages after they are very close to getting frozen for commercial production. So, a launch in August-September 2021 could well be on the cards!

So, expect a sportier R15 this time in India as well – as loaded as the international models. And that it will have a completely new face, inspired from the R7, has already been revealed!