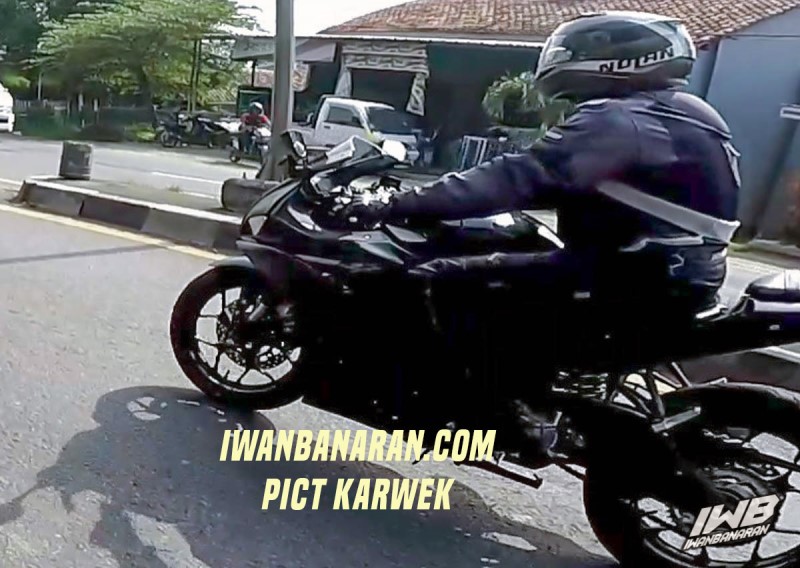 2022 Yamaha R25 may be launched in the South Asian country soon. It may get some mechanical changes. However, we, in India, wait in vain (for the R3).

Yamaha has been snapped testing the 2022 R25 in Indonesia. A few spy shots, as well as a video, have surfaced that capture the Yamaha R25 doing test runs along with its sibling MT25. However, there are not a lot of changes that we can notice as compared to the current version.

As per the original source of these spy pics, this test mule had a longer and slightly different exhaust pipe. Yamaha may have made some changes to the exhaust system to manage emissions norm or there could be other mechanical differences. Apart from that the side blinkers could be LED units.

In the south Asian markets, Yamaha R25 is a popular sports bike though in India Yamaha only sells the R15 and the R3 has been discontinued from the market.

Recently, the VP for Sales and Marketing in India Ravinder Singh hinted that the company is not very keen on 250cc+ bikes to India. In fact, sibling R3 has also been dismissed, at least for this year.