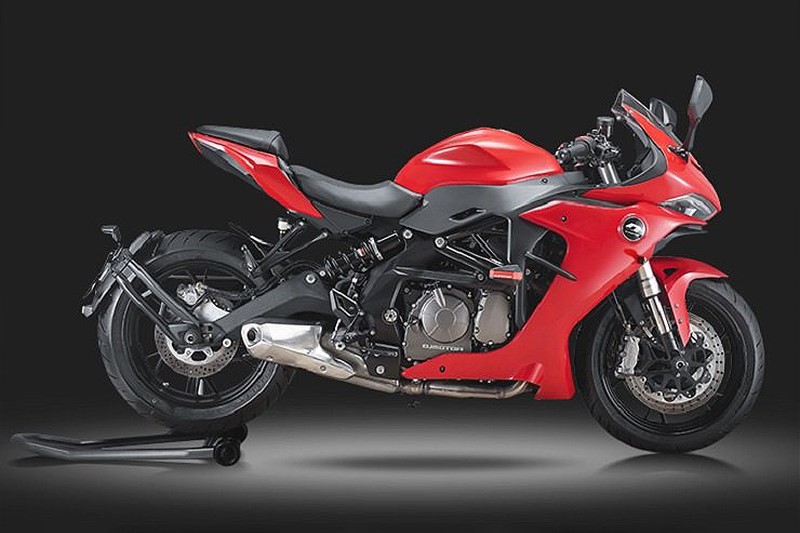 Upcoming Benelli 600RR will be based on this mid-sized SRG. After announcement, it is likely to come to India as well.

QJMotor has unveiled its brand new SRG600 for the Chinese market along with many other motorcycles. Why this is an interesting product is because of the very high possibility of it being sold as a Benelli in international markets. Both Benelli and QJ Motor are sub-brands of the parent Qianjiang – which is a Chinese behemoth!

The SRG600 is based on the Benelli TNT 600 and is equipped with the same 600cc, inline four cylinder engine that produces 80 bhp of peak power at 11,000 rpm and 55 Nm of torque at 8000 rpm. These are not supersport figures and clearly, it will be promoted as more of a faired sports mid-sizer – just like the Honda CBR 650R.

As we said earlier – through the SRG600, Qianjiang may have previewed the new Benelli 600RR that will sit above the company’s 302R. Since QJMotor doesn’t have presence out of China, this motorcycle will hold the baton of reviving Benelli’s fortunes in the mid capacity sports motorcycle segment in the external world.