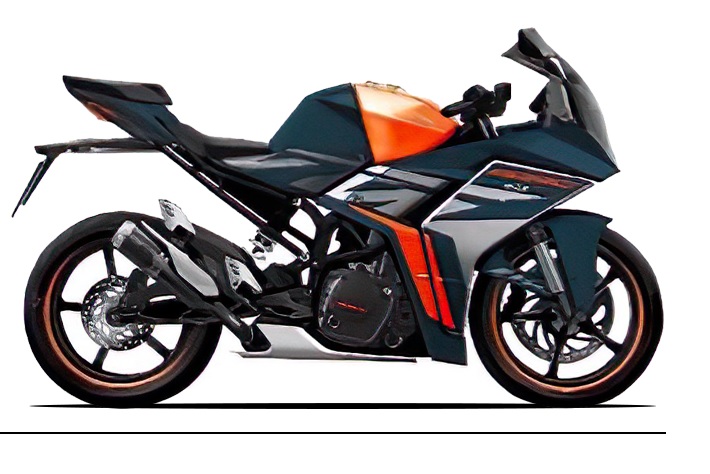 Next-Gen KTM RC390 pic (rendering) suggests how could the motorcycle look in production – however, this is not an official image…

It is very well known that KTM is preparing the next generation versions of its 390 range – both 390 Duke and RC390. Both the motorcycles have been caught testing multiple times revealing a lot about KTM’s intents with the new bikes.

The next-gen RC390 has been previewed in what looks like a speculative render pic (featured image of this article). Yes, this does NOT appear to be the actual image of the motorcycle as a few Indian portals are claiming. Nonetheless, it does present a nice idea of how the faired supersport mid-sizer may look like in its production version.

The next-gen RC will be getting a new fairing design with integrated side blinkers and a shorter visor. The headlamp may be a smaller LED unit this time. There appears to be a slightly better pillion seat and probably a bigger fuel tank as well. The motorcycle also gets a new sub-frame.

The BS6 version of the 373cc engine continues to produce 44 PS of peak power and 37 Nm of max torque which suggests that this new-gen RC390 may also not go through any power/torque drop. The same design theme will obviously go to the smaller siblings – RC200, RC125 and the RC250 (which is not being sold in India yet) at different time intervals.

KTM has already launched the RC390 BS6 in the current-generation format in India. Which means that we can only expect the new-generation model sometime next year at the earliest, more so with the COVID-19 mandated lockdown already causing a lot of delays in all the preset plans.