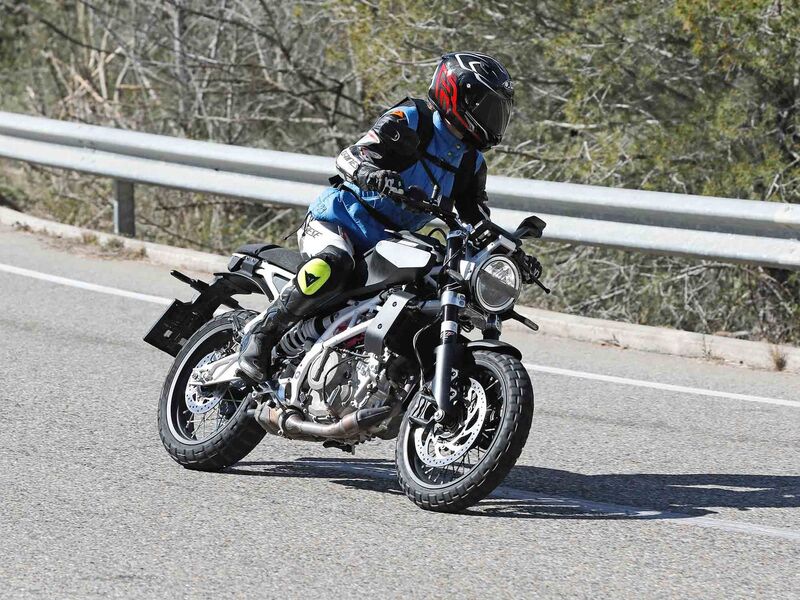 These New-Gen Svartpilen 401 spy pics suggest that the basic styling language has been retained but there are many evolutionary differences.

The Huskys or Husqvarna do not get as much attention among the biking community as their sibling KTM. There is a very small group of bikers who specifically admire the unique appeal the Huskys exude.

It was back in EICMA 2014, when Husqvarna unveiled the Svartpilen (Black Arrow) and Vitpilen (White Arrow) prototypes that set design language for the present stable of small & large Scramblers and Cafe Racers. Presently, the Svartpilen models are available in 701, 401, 250, 200 and 125 cc variants while the Vitpilen is offered in 701 and 401 variants globally.

Now, thanks to Cycleworld, few images have come to light which hint at the possibility that Husqvarna are diligently working on the next-generation Svartpilen. Looking at the size of the engine, it can be assumed that the model we are looking at could be the next-gen Svartpilen 401.

At the first glance, the Husky scrambler model stays true to its unique and recognizable design language. The big headlight setup at the front combined with blocky, flat and rectangular design is still present but highlights the evolution in the overall styling of the bike.

The flat and chamfered signature fuel tank now extends a little further towards the front reaching out to the front suspension forks. Further up, we meet the new rectangular TFT display, mounted right behind the big round headlight. This is a big step away from their traditional round instrumentation design which is present on all of their models and variants.

Another change we can see on the test-bike is the addition of small black panels on either side of the radiator below the newly designed fuel tank. In the present Svartpilen models, there is a rack which is mounted over the fuel tank which is used to mount luggage at the front, while on the test-bike it seems the rack design has been integrated into the newly designed fuel tank.

This is the biggest mystery of all. There are no leaks, no information, no snippets regarding the next iteration of the 373 cc powerhouse. On the Husky test-bike we can see a power-unit very similar in size to the present 390 unit but appears to be very crude in construction, suggesting that it might be a prototype as well.

A very similar looking unit was also spied on the 390 Duke test-bike earlier. This suggests that the new generation Husky 401s and the 390 Duke will be powered by this new motor which is being perfected on various models.

The frame configuration is still the tried and tested steel trellis design, but appears to have received an overhaul. The new frame appears to have been redesigned and is further attached to a new swingarm which is very similar in design to their E-Pilen concept bike showcased last year.

This very same swingarm is also spotted on the next-gen 390 Duke prototype which was spotted earlier. This means it is safe to assume that the next-gen 390 cousins are again going to share the same platform. The use of the same suspension setup utilising the WP suspension and ByBre braking system is obviously no surprise to us.

All said and done, our questions are – when are the next-gen Huskys and 390 Duke coming out?? Will the Huskys make their debut earlier than the Duke, breaking the norm??