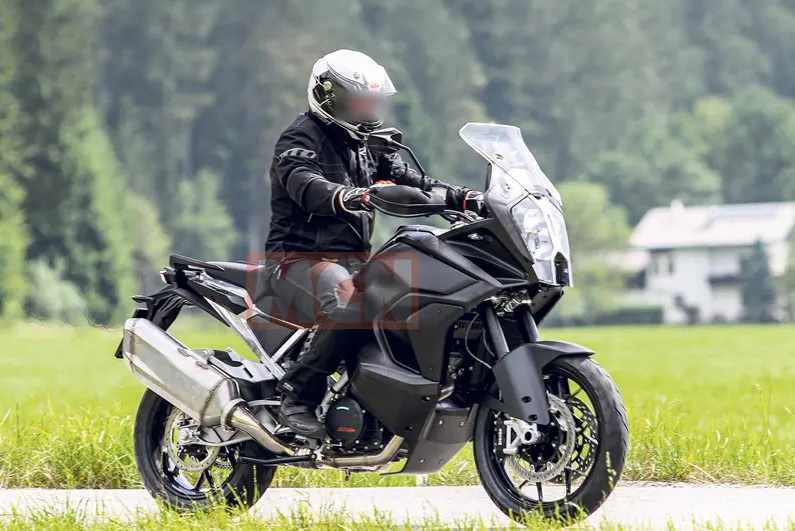 New 1290 Super Adventure spy pics suggest that the motorcycle will be loaded to the gills. It is also getting new styling…

KTM has been caught testing its new version of the flagship 1290 Super Adventure. You will immediately notice the stronger and more proportionate fairing which makes the bike look much better in styling. However, it continues with new but traditional KTM designed headlamps.

Notice that big hole between those headlamps. It houses a radar unit for cruise control. It helps in slowing down or accelerating the ADV smoothly when the cruise control is engaged. This new KTM could become the world’s first to feature this tech.

There is a new swingarm visible in the spy pics along with a new aluminium sub-frame. This model in the pics is sporting 21/18 inch wheel combo.

It will likely continue with the same 1301 cc, liquid cooled, 2 cylinder engine however there may be differences in the power numbers. For reference, the current Super Adventure R churns 158 hp of power and 140 Nm of torque.

The motorcycle also features a humongous exhaust which may have to do with the new emission norms.

Spy pics of the Super Adventure have also made way last year which suggest that the road validations are going on for the last many months. If the COVID-19 does not play spoilsport, chances are that this model could be unveiled sometime later this year. If there is a delay, we expect it to be available sometime next year.