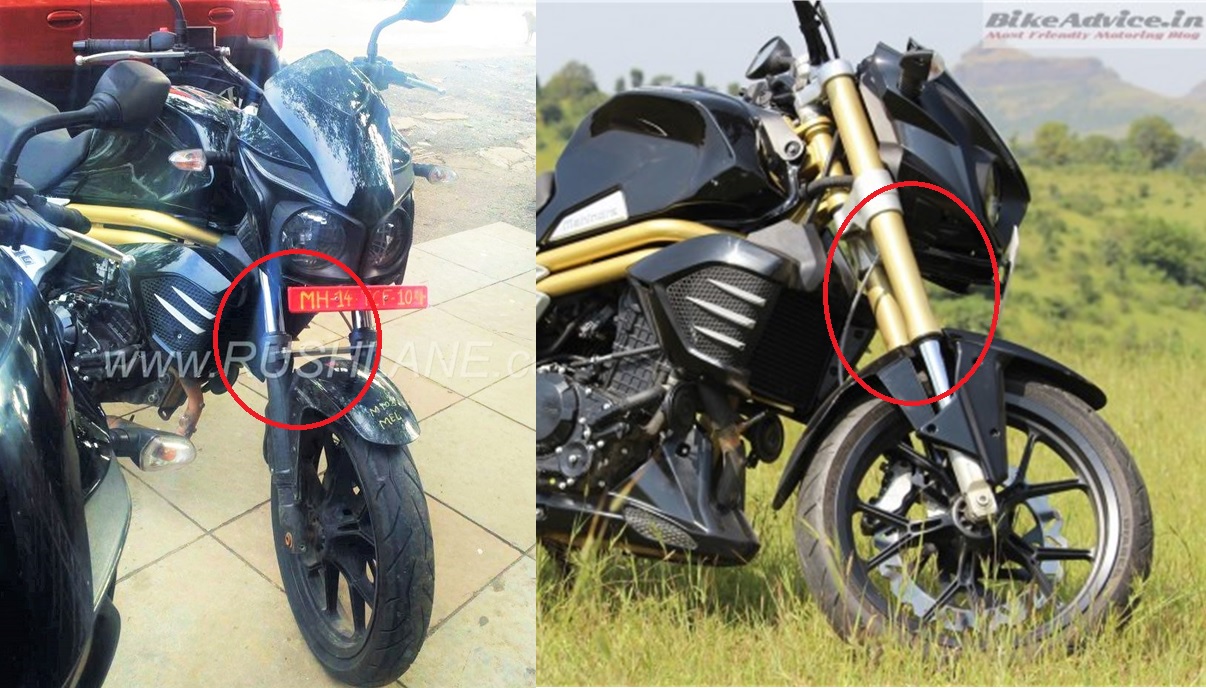 The very first time I saw the Mojo I knew it had the potential to become something special. Yes, it did seem weird initially but it was different from the rest of the pack. Then when it was showcased at the Auto Expo in 2014 in an all new muscular avatar I went gaga about its looks. Fast forward to 2016, and I still find it exciting to look at.

Its quirky from some angles but as an overall design we have more admirers than dislikers. But more than that, the Mahindra’s flagship is known for its awesome long road behavior and terrific torquey 30 Nm motor (Read Review). The relatively affordable price tag is also another puller. However, an interesting development has come up regarding the motorcycle… 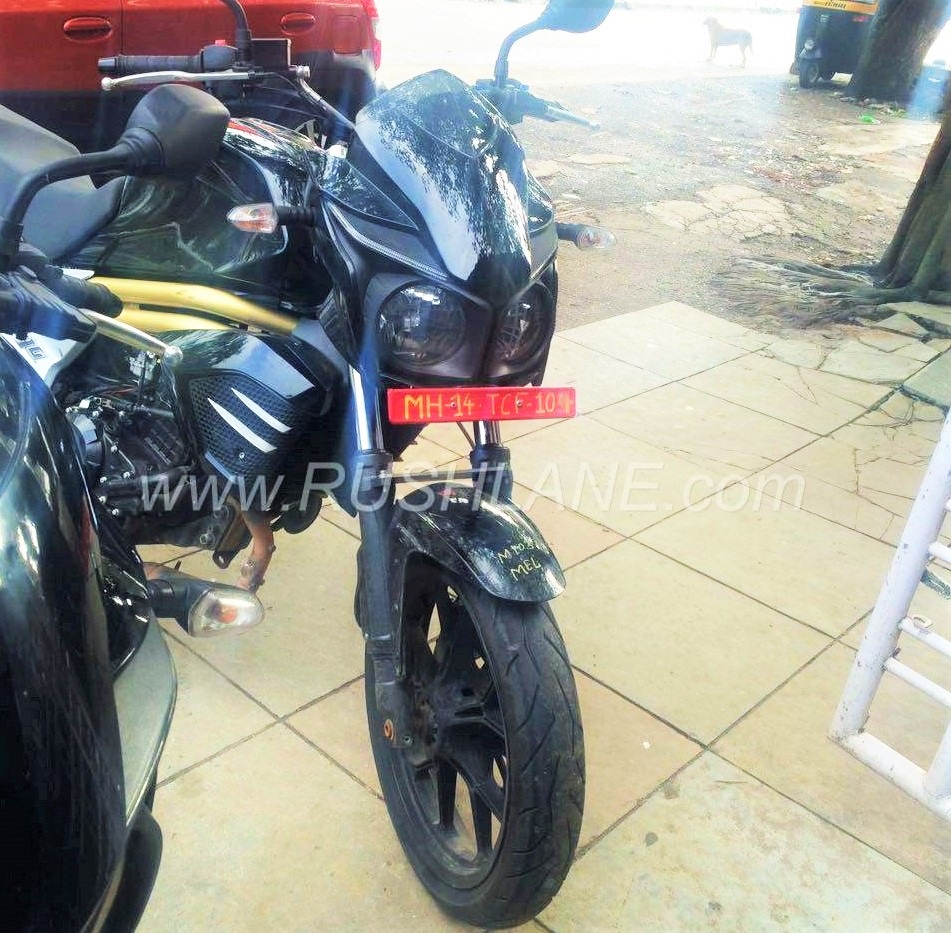 Folks at Rushlane have shared an image of a test unit of Mojo which sports regular telescopic forks instead of the beefy upside down ones the current variant comes equipped with. The report adds that the unit also bore just one exhaust canister instead of the twin barrel setup of the current version.

Now while it does seem a little confusing but based on how Mahindra has been churning out variants (remember the Centuro family) as fast as the Discovers, a cheaper cost-cut version may be on the cards.

Now if they want to save some more bucks, they can move from the Pirellis to the cheaper desi-bred MRFs. We all know that an ABS version of the Mojo is on the cards and is bound to be launched sooner or later. Mahindra can easily discontinue the non-ABS version and keep the ABS studded trim as a top end, premium offering. The telescopic fork version can easily be a low-cost version acting as a volume churner. Or they might just keep three trims, a low cost one, the one that is on sale now and a fully loaded ABS version! 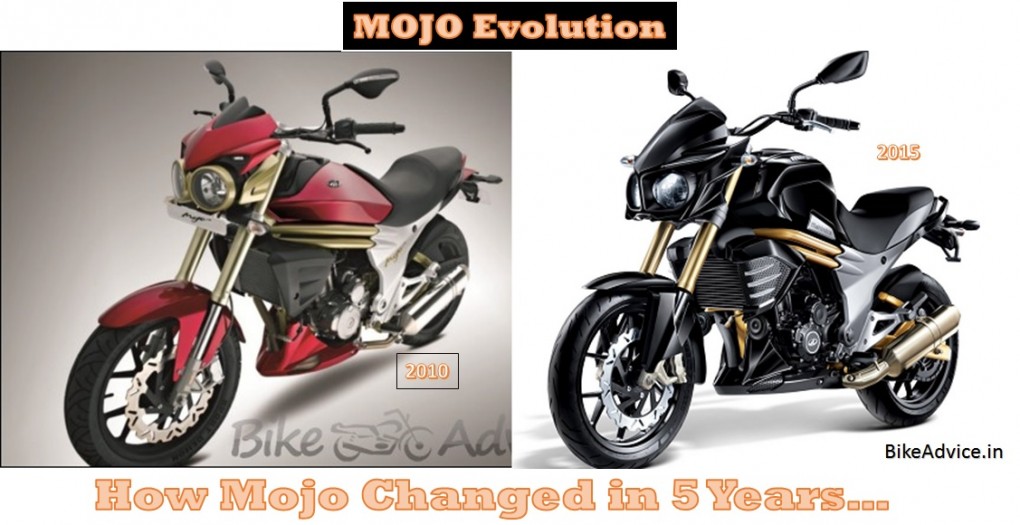 Apart from considering it Mahindra’s regular exercise this will give them a better shot against the upcoming Pulsar VS400 which, according to our analysis (read here) may just be priced exactly around Mojo’s current sticker!

So, a cost cut Mojo retaining all the positive traits of the existing motorcycle without some non-mandatory bling at Rs 20,000 less – Why NOT? What do you think?