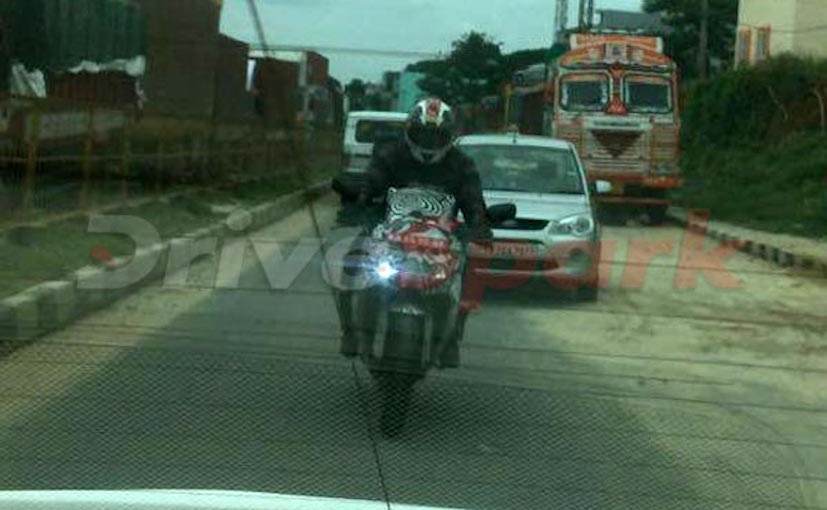 Whoever said performance motorcycling by Indian manufacturers is a myth, is probably living in the early 2000s or has been living under a rock. While the 2014 Expo was about Bajaj showcasing the SS 400 and CS 400 concepts, 2016 was TVS’ dayout. Remember the Akula 310? The fully race spec carbon fibre machine? Looks like the company has started testing the motorcycle finally.

A test unit of possibly its production version was spotted for the first time by a DriveSpark reader. Set to be the brand’s first fully faired motorcycle, the Akula 310 will mark TVS’ entry to the big league. Thanks to the racing heritage of the company, it would not be surprising to expect the motorcycle to be a sporty product. While the Apache 200 was more of a city centric bike which focused on usable power and not outright performance (unlike the Pulsar 200s), the production Akula can be a mean deal. 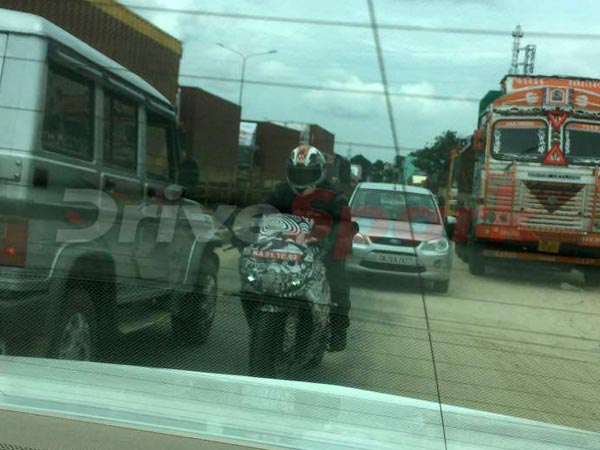 Powering the motorcycle is set to be the newly developed 313 cc single cylinder mill (yes, from the G 310R) which in the German badged roadster churns out 34 bhp of maximum power at 9,500 rpm and 28 Nm of peak torque at 7,500 rpm. The naked roadster is also expected to be launched soon. The test unit, unlike the concept, gets head lamps which do look like projectors. It is though impossible to say whether it gets upside down forks or not.

The concept model had a lot of premium features like upside down forks, on board gyro cameras, steering dampers, radial callipers and carbon fibre body. The production version though can be expected to skimp many of these to save on production costs, keeping the expenses in check.

We expect the new Akula 310 to be launched sometime next year. The Akula name, which means shark in Russian, might be replaced with the Apache moniker.