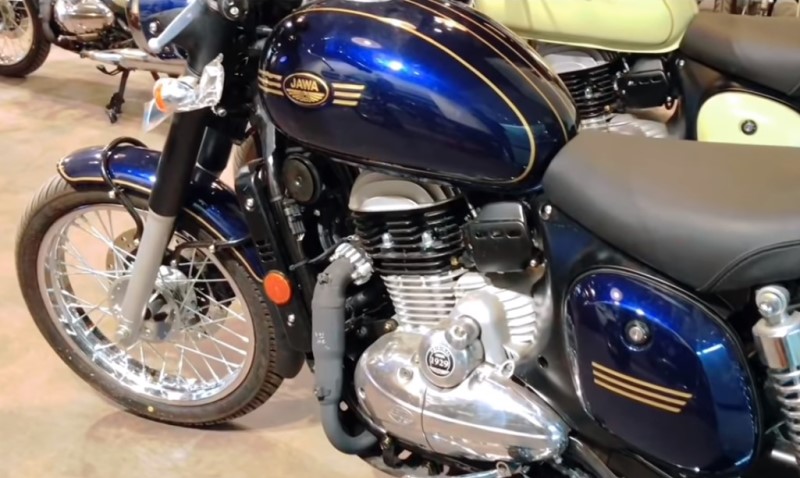 Jawa BS6 exhaust note may also have been dampened in this transition, however, there is no confirmation of the same yet…

Like all others, production at Classic Legends’ factory was also stopped following the Government’s advisory during the countrywide lockdown in March and April. Fast forward to today and Jawa motorcycles are now reaching dealerships.

Quite obviously, these motorcycles are the new, updated Bharat Stage 6 compliant versions. A Youtuber has posted the first look video of the Jawa and the 42 from some dealership in Delhi. And the first thing that catches our sight are the new exhaust pipes.

In the older versions, fully chrome plated twin pipes were routed on either sides of the motorcycle which presented a classic look to the motorcycles. However, in the new BS6 versions, this complete set-up appears to have been changed. The initial half of the pipes is now blackened and they move to the underside of the engine into the catalytic chamber. And from here these pipes proceed to the two mufflers which are finished in chrome.

It appears that there will be some sort of a cover for the header pipes which is missing in these dealership models. This has obviously been done to treat the exhaust gases but the black and chrome layout looks weird and robs the motorcycle of some of its classic styling. The joints are also now more visible and do not look very professional.

There appear to be no other changes to the styling of the new BS6 versions. However, the specs of the engine have undergone some minor alterations which you can read here. Pricing structure has also been altered and popular colors now demand a premium. You can check out prices of all the models here.