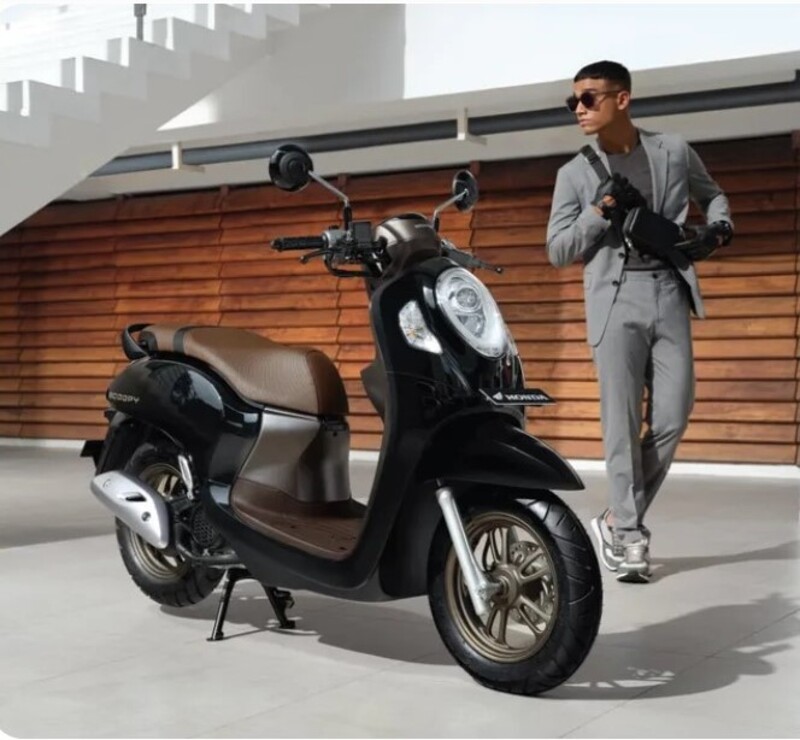 Honda Scoopy launch will give the company a rival in the Fascino category of curvy scooters. It is already sold in some international markets…

So, it looks like Honda Motorcycles and Scooters India (HMSI) is on a patent-filing spree.

Back in February, we shared numerous patents filed by Honda which, kind of, gives an idea what the company might be planning to bring to our shores. To enumerate, Honda has registered NT1100 , R15 v4/M Rival CB150R , baby-ADV NXR 160 & CRF190L and a new Scooter in India. It is not known how many and which ones will come to our market though.

In a latest update, we have become privy to another patent filed by the Japanese manufacturer in our country – it is the Scoopy! Scoopy is a curvy-looking scooter that is sold in some markets like Indonesia. It was once spotted testing in India few years back.

The Scoopy sports a very unique, funky and modern design cues and elements featuring a lot of curves and circular designs. The most unique feature that stands out the most is its large and circular headlight which makes it look like cyclops.

In the markets outside our country, the Scoopy is offered in two variants – Standard and Smart-key type – and is offered in variant-wise colours.

Moving to the features – Scoopy is equipped with a large Semi-digital instrumentation, Projector LED-headlamp, USB charger and Smart-key function in one of the variants.

The Smart-key variant gets call-back function, keyless-ignition and anti-theft function. Practical features include a 15.4 L under-seat storage and a multi-function hook mounted in the front for the rider.