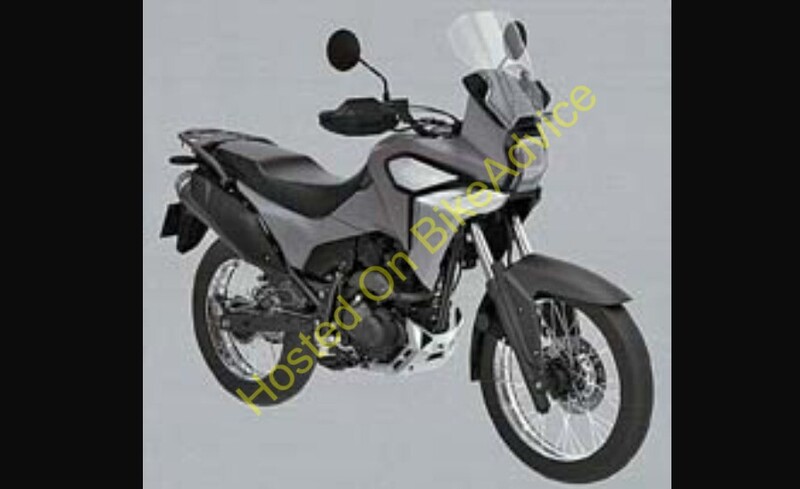 Honda CRF190L Indian launch becomes a big possibility. Hornet 180 and CB200X are already sold here which are based on this engine platform…

Honda Motorcycle and Scooters India (HMSI) are on a roll. In the past few weeks we have been reporting regularly about various patents Honda have been filing to bring products in various segments of our country.

It all began with us unearthing a patent of an India-specific scooter followed by their NT1100 tourer. Then there is also the new CBR150R that the company has thought about for our market.

But in a latest here is an exclusive and big revelation. Honda has now patented the CRF190L baby ADV in India.

The CRF190L belongs to the same Chinese 190 platform that also spawns other motorcycles. This engine platform debuted in India with the Hornet 180 and was followed by the CB200X. It must be noted that before bringing the Hornet 180 to India, Honda patented its Chinese cousin CBF 190R in India.

Combining this platform with the pedigree of CRF name, takes this product to a new level. The CRF nomenclature with the moniker ‘L’ defines the dual-sport machines created by Honda. This naming combination is proudly carried by the CRF250L/300L (sold in Indonesia and other nations) and CRF1100L Africa Twin which are considered to be some of the best dual-sport machines.

The CRF190L possesses the butch and versatile attitude of its big brother CRF1100L Africa Twin, sharing some of its styling cues and the iconic HRC tri-colour paint scheme. It also carries  long travel suspension, block pattern tyres and spoke wheels just like its big brother.

The baby dual sport is powered by the 184 cc, single-cylinder, air-cooled engine generating 16 BHP and 15 Nm of torque. However, we have seen Honda tune this motor better on the India spec models.

One of the biggest advantages of the CRF190L over any other small and/or entry-level ADV is that the 190L is lightest among all of them – weighing just 145 kg wet.

It gets a tubular steel cradle frame with non-adjustable long travel telescopic forks with healthy 180 mm travel along with a ground clearance of 241 mm which is more than the RE Himalayan. It also features an approachable seat height of 830 mm.

In its Chinese-spec form itself the motorcycle looks brilliant, however, we have seen Honda Indianize these models. The streetfighter CBF 190R was transformed to Hornet 180 whereas the CBF190X was modified into CB200X for our market.

Though a patent does NOT mandate a launch but we are sure that Honda does have something related to this for our market – may be a slightly different looking form of this.

On paper, The Honda CRF190L appears to be a good small sized entry-level dual-sport motorcycle. If it does enter our market, it will directly compete with the Hero XPulse 200 4V. Let’s see….