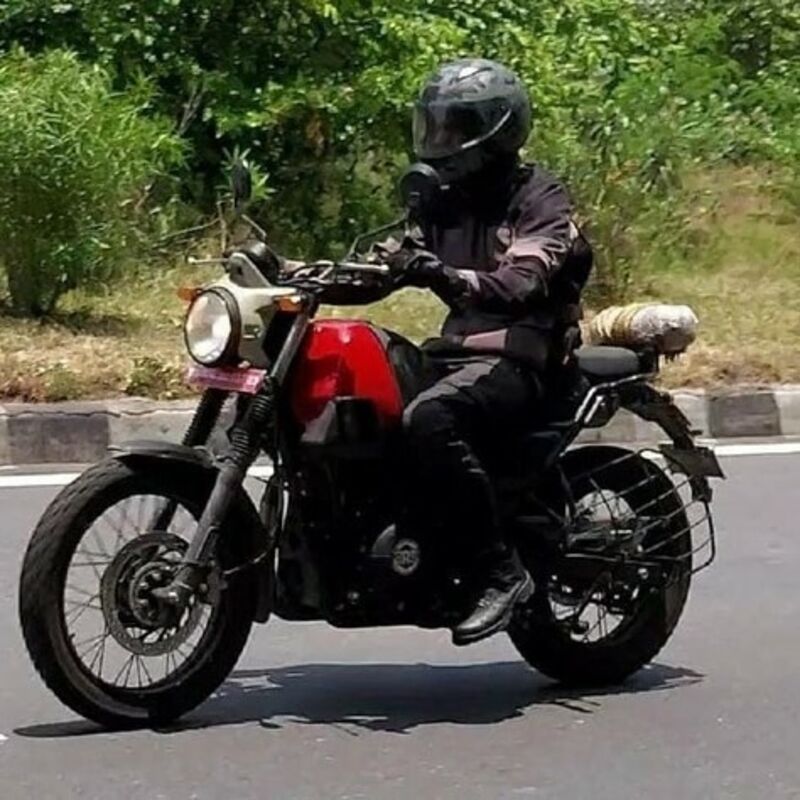 Royal Enfield Scram launch date has been revealed by the company. The Yezdi Scrambler rival is coming very soon but is it needed…?

If you’ve been following our reports, the new Scrambler offering from the Royal Enfield stables will be called the ‘Royal Enfield Himalayan Scram 411’. And a lot of information has been leaked regarding this Scrambler in the past few weeks.

A few days ago a its brochure revealed most of the features of this bike. Along with this, the first batch of Scram 411 models in various colours have started reaching the dealerships – clear hints that we were inching closer to the final showdown.

In a latest update, Now, Royal Enfield have officially announced the unveil date of the Scram.

Royal Enfield will unveil the new motorcycle on the 7th of March 2022. This is official! However, what needs to be seen is that whether we will get to know the price of the motorcycle as well or not.

The date image shows flinging dirt in the background which hints at the possibility of Royal Enfield promoting this one as well for its off-road capabilities. It must be noted that the Scram 411 will be a tarmac-focused sibling of the Himalayan but it will derive a lot of elements from it as well.

It will share the same engine, frame, chassis components, braking hardware and the instrumentation, but will have more road-biased elements such as 19” tyres, reduced ground-clearance, no crash protection cage etc.

On the Himalayan this 411 cc, two-valve, SOHC, air-cooled motor churns 24 HP and 32 Nm of torque. How deep will the differentiation be, remains to be seen.

The RE Himalayan Scram 411 will rival the only other Scrambler offering in our market – Yezdi Scrambler – and will definitely be priced competitively against it at around or under Rs 2 Lakh (ex-showroom).