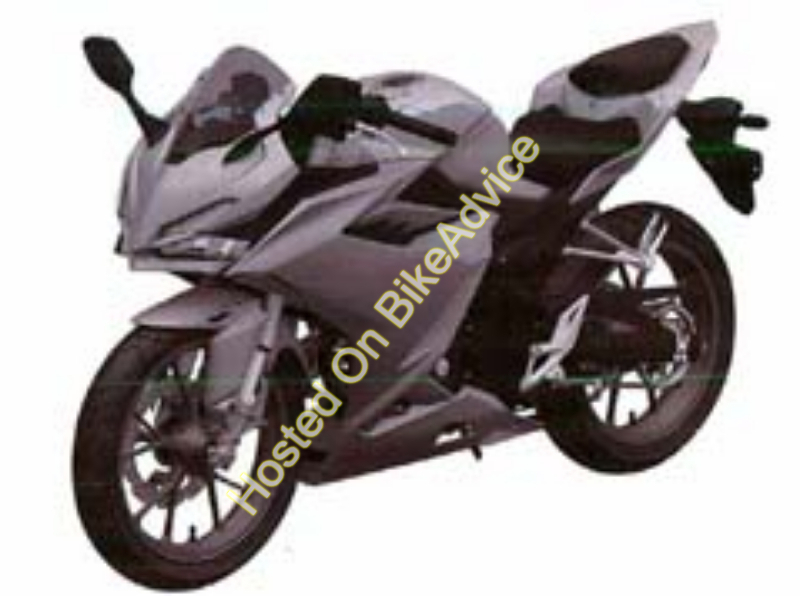 Honda CBR150R launch possible in India? Has the continued success of Yamaha R15 and widening of the segment lured the Jap to re-think..?

It appears that the undisputed success of Yamaha’s R15 in India has stirred up Honda. And to challenge the R15 range, Honda may be considering bringing back their entry-level sportsbike – the CBR150R.

Honda, previously, launched the CBR150R in 2012 in India and discontinued it in 2017 because of low sales.

We have got our hands on a patent filed by Honda for a sportsbike which visually appears to be very similar to the current CBR150R sold outside India – in Indonesia and other such markets.

The current CBR150R is the closest rival to the Yamaha R15 v4/M and has evolved a lot over its last iteration that was on sale here. It is now a sharp looking aerodynamic performance machine. It is directly inspired by its bigger siblings – CBR500R and CBR650R – and emulates a lot of design cues from them.

The overall design is that of a supersport bike with full fairing, aggressive dual-LED headlights and DRLs, low-set handlebars, compact windscreen and aggressive seating posture thanks to high-set foot-pegs.

The colour options offered on the mini-sports vary with the market it enters. For instance, in Malaysia the bike gets two colour schemes while Indonesia gets as many as six shades.

The Honda CBR150R, in international markets, is powered by a 149.2 cc, single-cylinder, liquid-cooled, DOHC engine that churns 17.1 PS of power at 9000 RPM and 14.4 Nm of torque at 7000 RPM. It transfers its power through a 6-speed transmission aided by an Assist/Slipper clutch.

It evenly matches its rival, the R15 v4/M, losing out in power but with better torque figures. The feature list is also very similar with full-digital instrumentation, LED lighting and DRLs, dual-channel ABS, USD front suspension and all. Honda might also equip their faired offering with Bluetooth connectivity capabilities.

Heads Up – KTM Confirms Electric DUKE: Made in India??

If Honda does bring the CBR150R back, we expect it to be offered at around similar price levels as the R15 v4. Let’s hope sense prevails and the maker doesn’t overestimate it and place it over the very established Yamaha!

This is the third such patent that has been unearthed related to HMSI’s plan for the Indian market. We have recently shared our exclusive finding on Honda planning to bring an India-specific scooter along with the big tourer that the company has patented in our market.