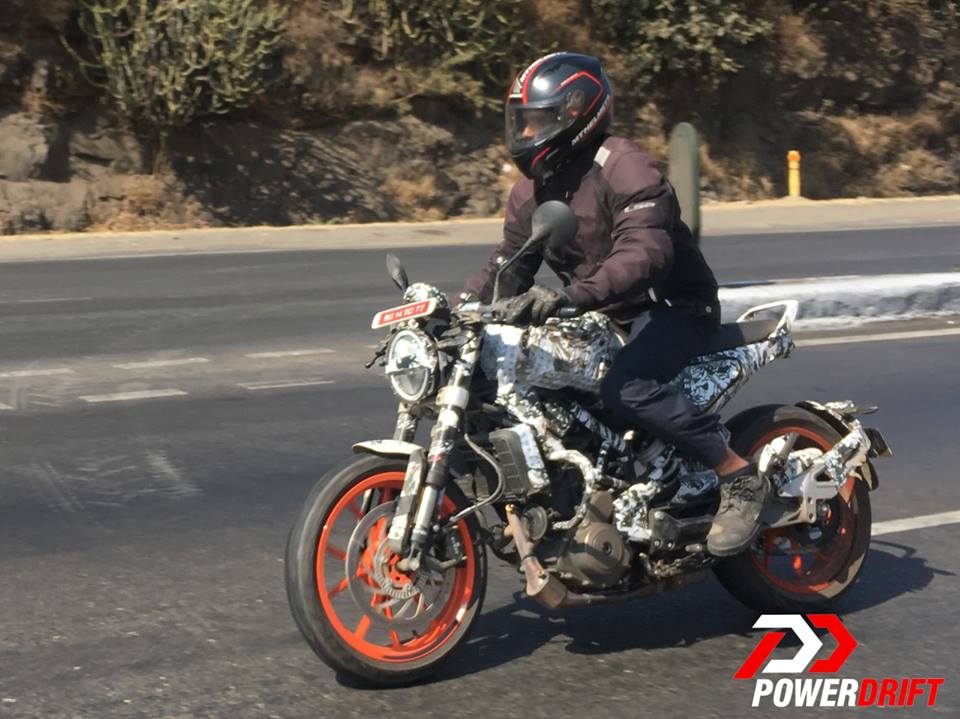 Husqvarna 401 spy pics are now coming in thick and fast. This is amidst contradictory reports which predicted its delay in launch…

Towards the end of last year Bajaj officially announced that they will manufacture and launch the Husqvarna motorcycles in India by the end of 2018 or early 2019. Both the Vitpilen 401 and Svartpilen 401, which are based on the Duke 390’s platform have been confirmed for our market. A latest update claimed that Husqvarna will be launched towards the second half of this year (link to report).

Following that, we have the latest set of spy pics from Powerdrift. The motorcycle, Vitpilen 401 in this case, was spotted somewhere in Pune and it is running on a few Duke 390’s parts like the wheels and brakes. There is a weird looking grab rail as well. Spy pics on this page also showcase the LED headlamps and tail lamps of the model. 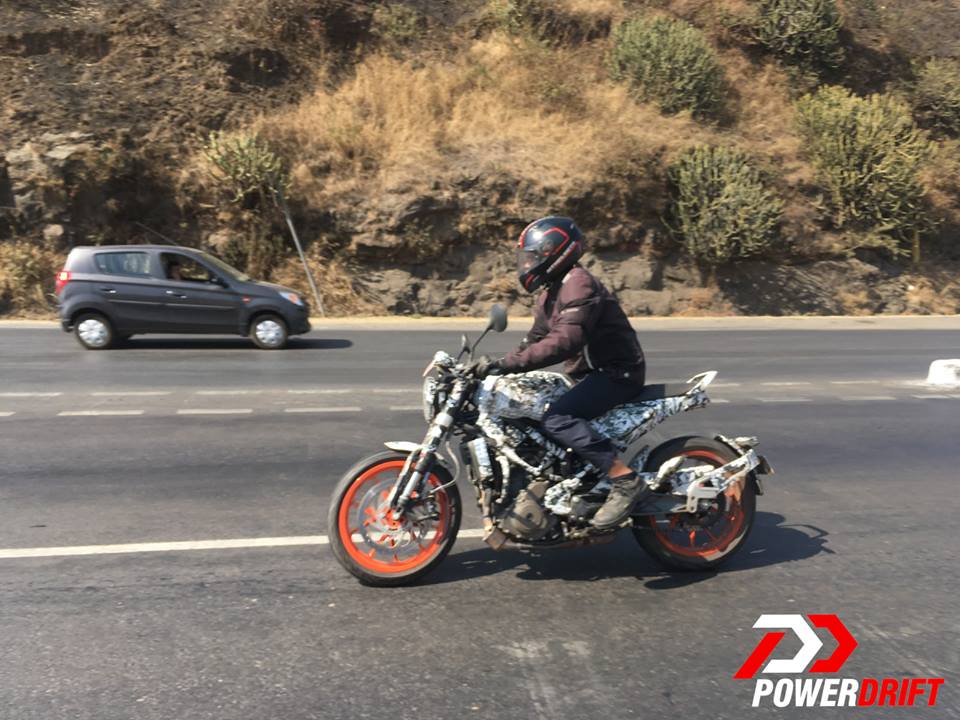 It is not the first time these 401s have been spotted in India. As media on this page (credit Motohive and Zigwheels) suggests, the 401s have been spied along with old-gen Duke 390s in a video and a few spy pics earlier as well.

Presence of two Dukes may signify benchmarking or they may just be convoy vehicles but these Pilens appear to be lesser in road presence – they are too small probably? 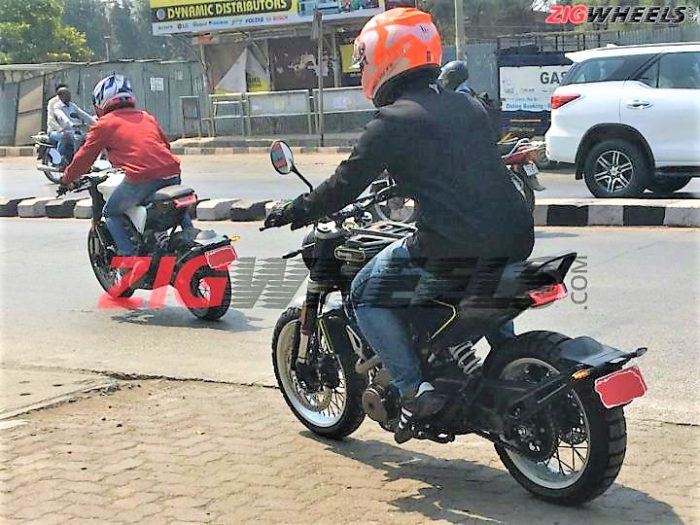 Most of the features like dual-channel ABS, slipper clutch and ride by wire are expected to be shared with Duke 390.

Both these motorcycles will sport the same 373 cc DOHC, liquid cooled, single cylinder motor capable of belting out peak power and torque outputs of around 44 PS and 37 Nm, however, they will have different tunes, corresponding to the genre of riders they will be aimed at. 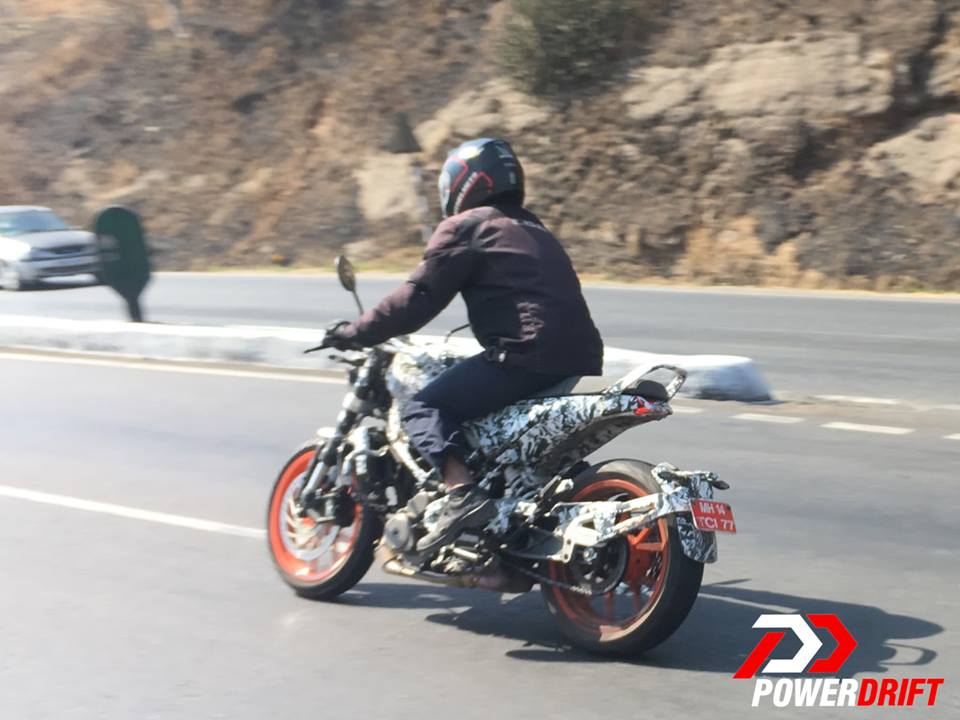 So, it is difficult to predict the prices but let us, for now, take the official word. If they will be produced in India, expect prices to be marginally higher than the KTMs to create proper segmentation. Based on the recent reviews, international media has not applauded the high pricing of these models. Check UK and USA pricing here.

They will be retailed through the existing KTM outlets in India and hence service and spare parts should not be an issue.

Apart from this, KTM has also started testing the much awaited 390 Adventure in India and it will be interesting what will come first…