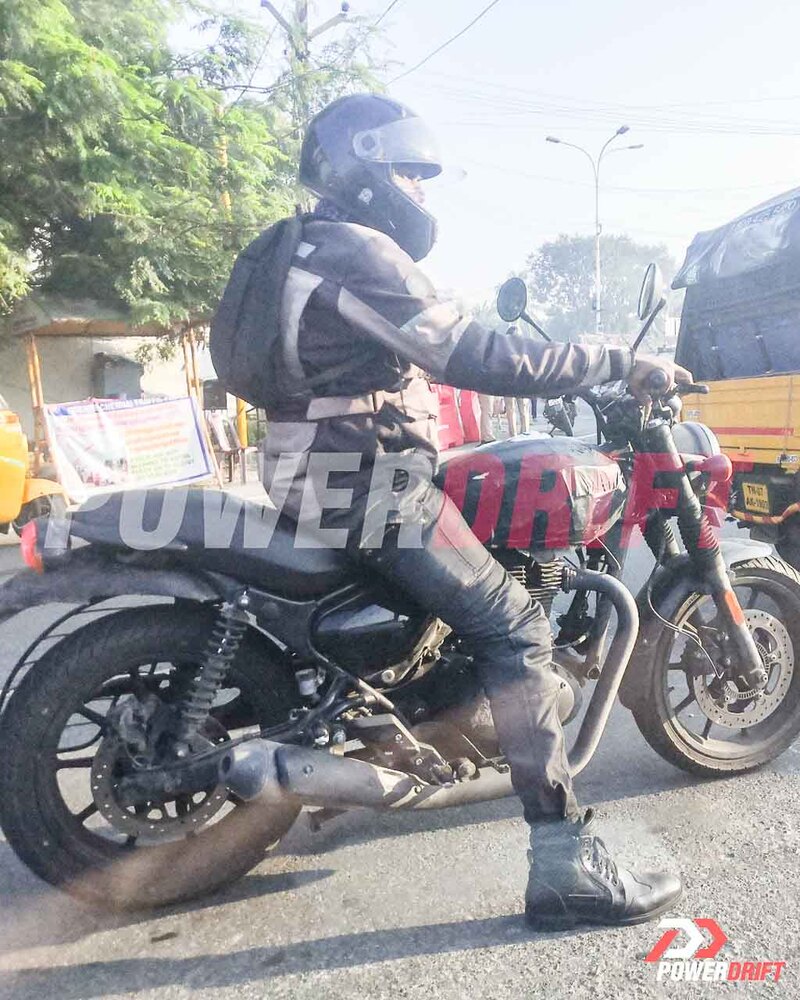 These Hunter 350 spy pics reveal the motorcycle in the best form yet. It does look interesting and may be placed as an entry level 350…

It appears that Royal Enfield has ramped up its effort to maintain its dominance in the 300-700 cc market.

After the Super Meteor 650 and the alleged SG650 were caught recently, today we have the images of yet another upcoming motorcycle from the company – that is touted to be called as Hunter 350.

This is not the first time that the Hunter 350 has been captured being tested. There have been various occasions where similar test-units were spotted along with its brief appearance in one of RE’s special feature videos on YouTube.

But this is, for sure, the closest to production we have seen the motorcycle yet! It is believed that the Hunter will be based on RE’s new J1D platform on which the current Meteor 350 and new-gen Classic 350 are made.

The Hunter continues its retro roadster look and possesses elements like round headlight, round rear-view mirrors and small oval-shaped tank.

The roadster charm continues throughout with round tail-light & turn indicators, fork gaiters, twin-shocks at the rear, small fenders, single-unit seat that follows the curve of the tail section and a small exhaust unit.

Overall, the Hunter looks to be a compact motorcycle – similar to the Honda CB350 RS.

Other details that we can notice are – single disc setup at the front and rear, alloy rims, raised handle-bars, low seat-height coupled with centrally-mounted foot-pegs.

Feature-wise, Hunter can sport their tripper navigation pod along with the instrumentation, dual-channel ABS, USB charger and Bluetooth connectivity.

It is safe to assume, the Hunter 350 will be powered by the 349 cc, single-cylinder, air-cooled, SOHC engine that puts out 20.2 hp and 27 Nm of peak torque. This motor will continue with the same 5-speed transmission system of the Meteor.

As of now, there is no concrete information regarding the launch of Royal Enfield Hunter 350. It is expected that we can see this machine on showroom floors later this year.

Once it does reach the showroom floors, it will compete directly with Honda CB350 RS and Yezdi Roadster.