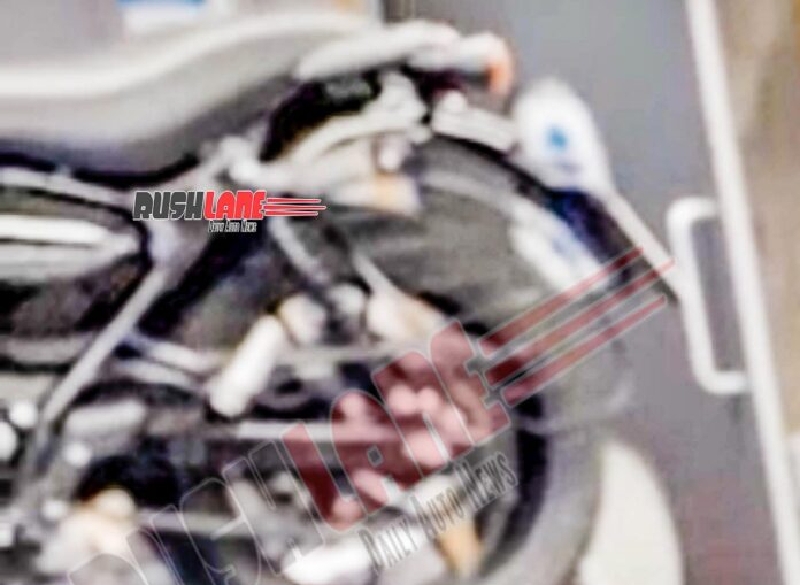 Royal Enfield Hunter (speculated name) has probably been spotted undisguised in an official video and this does not appear to be intentional!

We bikers are living the best times of our lives with brands like Royal Enfield, Yezdi, Jawa fighting to win our attention. These motorcycle makers combined are testing truckloads of models on the roads – that will obviously make way in the times to come. These include scrambler models to mile-munching cruisers to terrain-conquering adventure bikes.

In the latest round of leaks, very eagle eyed Rushlane has spotted something interesting in an official video posted at Royal Enfield’s page. The video is a showcase about their planning and testing of the Royal Enfield Himalayan in preparation to conquer the South Pole. Royal Enfield has been in Iceland for the last 2-years testing and modifying their Himalayan adventure bikes to attempt to make the 770km South Pole expedition they call – ’90° South – Quest for the Pole’ to mark their 120th Anniversary.

This video, inadvertently reveals the sides of a motorcycle that do not match with any of the existing models. However, it resembles one product that it is testing on the roads camouflaged. It is believed that this upcoming model will be called as Hunter.

Look closely and in one of the frames of this video, you can catch the glimpse of the expected RE Hunter 350 Roadster propped on one of the work-benches at the back of the shot. In the video where the RE expert technicians are discussing the challenges and the modifications they have been making for the expedition, we were only able to glance at the rear section of the RE Hunter 350, apparently production-ready fitted with the mandatory saree-guard.

The Roadster is expected to be powered by the same 349cc single-cylinder air-cooled engine creating 20.2 BHP and 27 Nm of torque utilising a 5-speed gearbox. Suspension set-up will consist of telescopic forks at the front and twin gas-charged shocks at the rear. Braking is to be handled by disc brakes on both the wheels with dual-channel ABS.

Go ahead, take a look at the upcoming Roadster on their official video at the 1 minute 27 second mark. The upcoming Royal Enfield Hunter 350 will compete against the Honda CB350RS and the yet to come Yezdi Roadking.