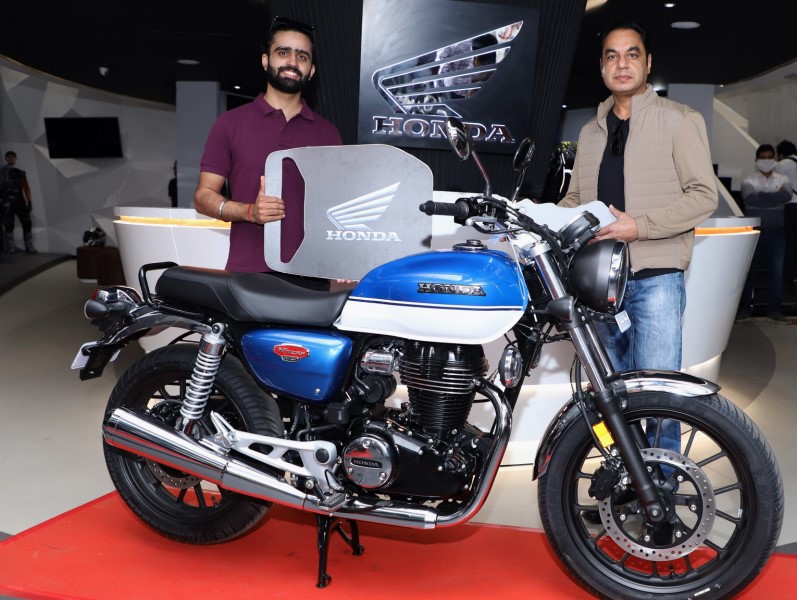 Honda CB350 deliveries have started, probably in metro cities just after the company informed us about the dispatch commencement all over India…

Just a day after Honda informed us about the commencement of dispatches of the H’Ness CB350 across India, the maker has shot in a press-release that it has also started deliveries of the bike to its customers.

That means you would start seeing the retro classic roadster on the roads soon, at least in the metro cities. The motorcycle, which is produced at the company’s Manesar plant, took two years for development. It was finally unveiled to the world in September 2020 and is available at Honda’s premium BigWing Dealership chain across the country. The CB350 marks Honda’s debut into the 350-500 cc segment in India.

Honda is so serious about this segment that it created a premium platform specifically for the Indian market from the scratch. It has never done this before! That is because the company is eyeing the tremendous potential this sub-segment has when we see the dominance and magnitude of Royal Enfield. Honda has positioned this bike as an alternative to the RE’s Classic 350 and other such motorcycles, and it targets people who want a change or are not happy with Royal Enfield’s quality and reliability.

In fact, Honda is so confident about its quality that it is offering a six-year warranty package with the motorcycle, which is unheard of, in the segment. Out of this three years is standard warranty whereas the user can extend it further by three years by paying extra.