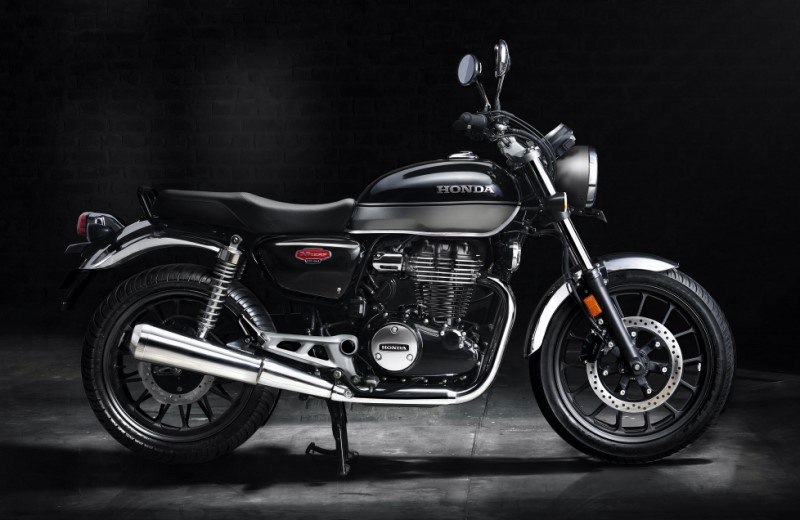 Upcoming Honda motorcycle that was confirmed by the Director of the company is likely to share its platform with the H’Ness CB350..

It is big time surprising that Honda actually took pains to make a premium motorcycle from the scratch in India, for India! They have never done this before! Tells how serious the Royal-Enfield rivaling project is for the Japanese brand.

At the official unveiling of the H’Ness CB350, Honda revealed that more models are under works and at least one of the upcoming motorcycle will be launched in the months/weeks to come (here are more details). It shared a banner on the screen which showed four models. If we discount one of them as the CB350 itself, there is another one with the same silhouette.

So chances are that the next model that Honda teased, will again be based on the CB350’s platform. It may carry a slightly bigger engine or there may be some differences with respect to the styling or the usage but in all likelihood it will be an off-shoot of the CB’s base. It is quite understood that makers develop different bikes on one platform to better economies of scale.

Honda CB350 Was Developed in 2 Years + Few Other Interesting Pointers

The CB350 is powered by a half duplex cradle frame and a 348.36cc, single cylinder engine good for 15.5 KW of peak power and 30 Nm of peak torque. Despite being retro in styling, it packs in modern features like LED headlamp, assist and slipper clutch, traction control, side stand with engine inhibitor, etc.