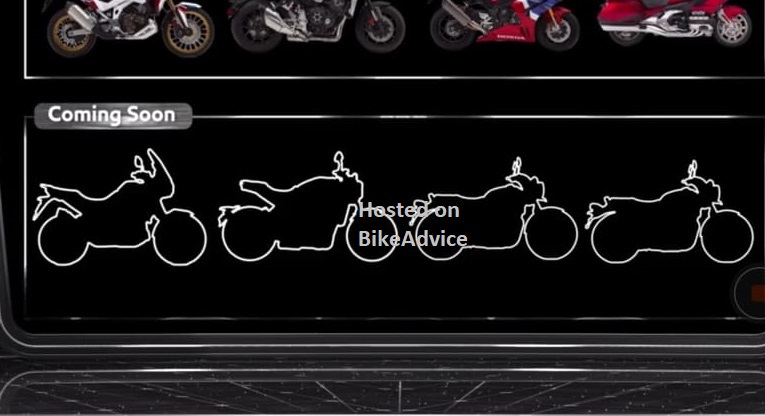 Honda’s upcoming motorcycle would be in the premium but affordable segment, as hinted by YS Guleria. It should be here soon…

In November 2019, Honda revealed its plans for the current financial year. It promised as many as FIVE ‘fun’ products for the Indian market. You can read that report here. It confirmed that all of them will be sold under the BigWing umbrella. For starters, BigWing is Honda’s premium motorcycle dealership chain in India.

Later, it officially announced Forza 300 as one of the products. Meanwhile, COVID pandemic struck and this word was lost amid all the disruption. At this point, we have no clear update about Forza’s plans for India.

However, Honda started its promised ‘fun’ products onslaught in style by revealing the H’ness CB350 yesterday (report here). The retro classic is a direct attack on Royal Enfield’s territory where it (RE) has enjoyed sheer dominance for all these years.

How will bikers respond to the CB350 is something which we will get to know in the months to come but here is another surprise. While talking about the CB350 at the event yesterday, Mr Yadvinder Singh Guleria, Director – Sales & Marketing at Honda India, officially announced, on record, that there will be ‘another surprise‘ in the near future. He elaborated,

Another beautiful motorcycle IS coming soon….

Chances are that he is referring to the second product in the ‘fun’ motorcycling category – one, which could be sold alongside the CB350 from the BigWing stores, which are being expanded across the country. In all probability, this will NOT be a commuter.

Here is When Honda Will Announce Exact Price of Honda CB350

Honda’s Upcoming Motorcycle – How soon can it arrive?

Mr Guleria stopped short of revealing any kind of timelines but going by his speak, the upcoming motorcycle is absolutely ready and will be here soon. We can expect it to be revealed to the world within this year – could be even next month!

So, it appears, that the global motorcycling giant has woken up and has decided to (also) focus on the premium (but affordable) motorcycle segment. So, what should be Honda’s next motorcycle….?