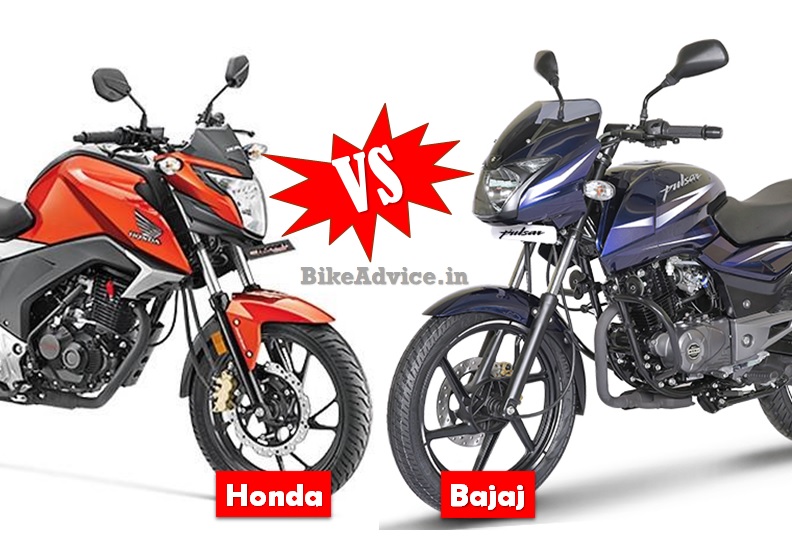 Motorcycle sales in the domestic market are witnessing some very interesting change of trends..

Honda has been going all guns blazing at the competition. Though they have not been able to worry Hero in the entry level 100cc segment, they have been all around other segments and manufacturers. The latest big development in now official – Extrapolating monthly figures to the complete first quarter of this new financial year, Honda has displaced Bajaj as the second largest selling motorcycle manufacturer in the domestic market for the first time.

In overall two-wheeler sales, Bajaj has already lost to TVS and is pushed to the fourth spot since they do not make scooters and mopeds. However, they were still the second largest motorcycle-selling manufacturer till last quarter. But NOT any more…

Honda registered total domestic motorcycle sales of 5,04,753 units in the months of April to June 2017, which is a growth of 14 percent over 4,40,760 units it managed in Quarter 1 of last financial year.

On the other hand, Bajaj registered a massive fall of 22 percent with domestic motorcycle dwindling down to only 4,26,562 units as compared to over 5.5 lakh units it managed in Q1 2016-17.

Hero retains the crown of the largest motorcycle seller by a massive margin with over 16 Lakh unit sales for Q1 2017-18. Honda and Bajaj at the second and third spot respectively have a distant fourth TVS which managed 2.32 Lakh units in the said period. Following them is the love-it-or-hate-it brand Royal Enfield which has registered the maximum growth in this period.

Honda has been the most aggressive player in the industry for many years now and all others are just trying to save their markets. Why this is a bigger achievement for the Japs is because, despite a lot of efforts, they were not able to set a firm foot in motorcycles so far. 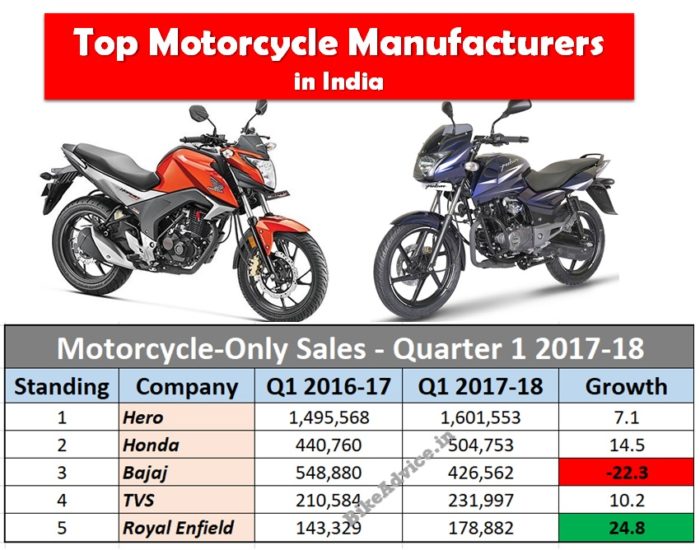 *All these figures are official SIAM sales numbers

It will be interesting to see how things pan out for Honda which has set a target of 5 lakh two-wheeler sales every month on an average for this year. Apart from variants/updates of existing products, they have announced four brand new two-wheeler launches in India.