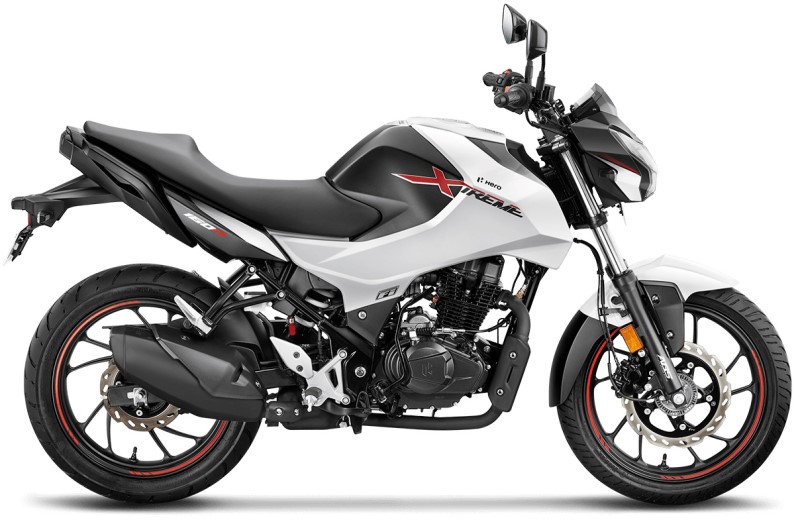 Xtreme 160R price is higher than our expectations; it is roughly 18-20k costlier than the Xtreme Sports. However, it comes with many first-in-segment features.

The world’s largest two-wheeler manufacturer – Hero Motocorp never managed to mark its presence in the Indian premium two-wheeler space after the departure of its first-gen CBZ and Karizma series. The failure can be attributed to the uninspiring “commuter-ish” designs and underwhelming engine specifications of their premium products.

However, Hero Motocorp may have finally hit the bulls-eye with its new, most promising premium product after decades (after Xpulse 200).

With the new Xtreme 160R, Hero Motocorp aims to begin a new chapter, as the bike has many features capable of attracting new-generation buyers. Hero has officially announced the launch of the motorcycle.

The new Hero Xtreme 160R, which was first unveiled in February at the Centre of Innovation and Technology (CIT), Jaipur, comes with class-leading acceleration figures, which makes the bike go 0-60 km/h in just 4.7 seconds (claimed). The motorcycle continues its list of features by offering all-LED lighting package, from front to the rear.

Talking about the specifications, the Xtreme 160R runs on a new 160 cc air-cooled, BS6 engine that is equipped with fuel-injection and its new Xsens technology. The engine offers a peak power of 15.2 PS at 8500 rpm (which only falls short of the Pulsar NS160, that offers 17.2 PS), and 14 Nm of max torque at 6500 rpm. The bike also offers the best power-to-weight ratio in its class, as the bike tips the scale at just 138.5 kg.

The Xtreme 160R comes in two options – the variant with single-disc at the front is priced at ₹99,950, and the other variant with disc brakes at both the ends, costs ₹1,03,500 (ex-showroom, Delhi). Both the variants come with a single-channel ABS as standard. There are three colors on offer – Pearl Silver White, Vibrant Blue, Sports Red.

Hero claims that the bike will offer “exceptional handling”, thanks to its lightweight diamond frame set-up. The bike comes with 37 mm telescopic forks at the front and a 7-step adjustable mono-shock suspension at the rear. The bike also has side-stand engine cut-off feature, which disables the motorcycle from starting, if the side-stand is down.