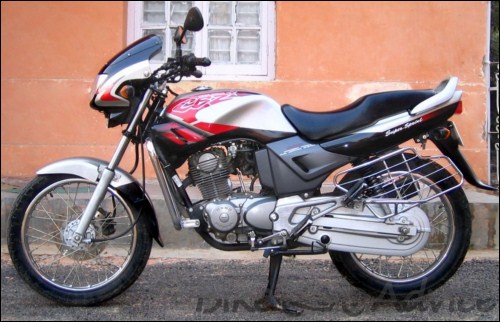 Hero Honda CBZ was instrumental in starting the four stroke performance motorcycling in India. Its styling is still loved even after 20+ years!

It was the year 1999; I have stepped into my teenage and just like every other adolescent I was also going through a lot of changes; mainly shifting interests towards things known as motorcycles. I really didn’t understand the market at that time and heck I didn’t even know what exactly is a motorcycle made up of apart from an engine, a silencer and a seat.

I remember seeing an advertisement of a bike, in which a guy quietly sneaks the keys of his brother’s bike in the night to take it for a ride. It was the first time that I saw something looking good on those two wheels, and it looked way better than the CD 100 and most other (commuter) bikes of that time. It was definitely something different!

One month later, I saw that bike parked in front of my neighbor’s house and boy it looked great! I was smitten by the way it looked and frankly, I haven’t seen something like this in a long time. This was the bike that started it all. It was one of the best looking bikes that the country has seen even till date. It forced people to stand up and take notice! It was the Hero Honda CBZ.

The ‘CBZ’ was the first four-stroke 150cc bike in the country, and it really sounds funny that for a country that has seen some awesome machines like RD350, Yezdi 250, RX100, Shogun, it took such a long time to bring a performance machine to the market.

The CBZ was based on the famous international CB platform of Honda. It sported an original Honda 156.8 cc engine and the torque and power figures were 12.7 Nm and 12.8 bhp respectively. The bike was fed by a Keihin slide type carburetor with accelerator pump for better pick-up.

It was the first four stroke bike to feature a five-speed transmission. It also featured a toe shifter as well. The bike had a bikini fairing and a twin pod instrument cluster. The design of the bike was like a fresh air in the Indian market and the performance was mind blowing, with a 0-60 km/h sprint coming in 5 seconds.

The bullet proof, ultra smooth Honda engine and well balanced chassis were the bike’s strongest points. I still remember everyone talking about the pickup of the bike, and owing a CBZ at that time was definitely a matter of pride.

The bike was a huge success and the bike set new standards in performance. Though the bike was quite expensive at that time it still got a lot of admirers. It also showed other makers that there existed a market for 150cc performing machines in the country as well.

And soon CBZ was in face to face with a rival known as TVS Suzuki Fiero. Though Fiero was a very good performing machines at that time but still it couldn’t stand a chance against the CBZ.

The real threat to the CBZ came in the year 2001 – another milestone year in Indian biking history – when the Pulsar twins were launched. It started the same rage that CBZ created 2 years back. The launch of Pulsar did a lot of bad to the CBZ mainly because their performance was better than the CBZ (Pulsar 180), it was cheaper and heck, it was more fuel efficient than the CBZ.

It was in 2004 when Hero Honda finally upgraded the bike. It was launched under the name of CBZ Star, with new graphics and the carburetor was changed from sliding one to the conventional CV carburetor. To me, the addition of graphics was more like spoiling a good design and though the fuel efficiency was improved, the performance was compromised a bit. These changes still didn’t do much to improve the sales of the bike.

The dwindling sales of CBZ was becoming a major concern for the company, and with the competition gaining more and more market share with the advancement in technology and changes in design, Hero Honda stopped the production of the bike in September 2005. It was the death of a legend as well as an end of one of the most glorious chapters in Indian biking history.

It was the fall of 2007, when Hero Honda launched the CBZ with an Xtreme suffix. The bike’s design had a very little resemblance to the earlier bike. The new CBZ Xtreme shared the engine with the Honda Unicorn which, though was extremely refined but it wasn’t fun to ride. And its controversial styling did not go well with the masses specially for the kind of expectations that were set with the old CBZ!

CBZ Xtreme did fairly decently in its lifespan but let us accept it – it, simply was NOT A CBZ! The CBZ branding was just to grab some eyeballs. Xtreme underwent some changes in 2008, when Hero Honda added a lot of graphics, colored the rear shockers. It also received a red colored alloy wheel at the rear! But Hero Honda, quite sensibly, took the CBZ moniker away to present the Xtreme as a different model, which it was!

The original CBZ will always remain as the motorcycle which kicked the testosterone levels in most of us youngsters back in its days. Its name will always come to the mind whenever there is a talk about performance biking in India.