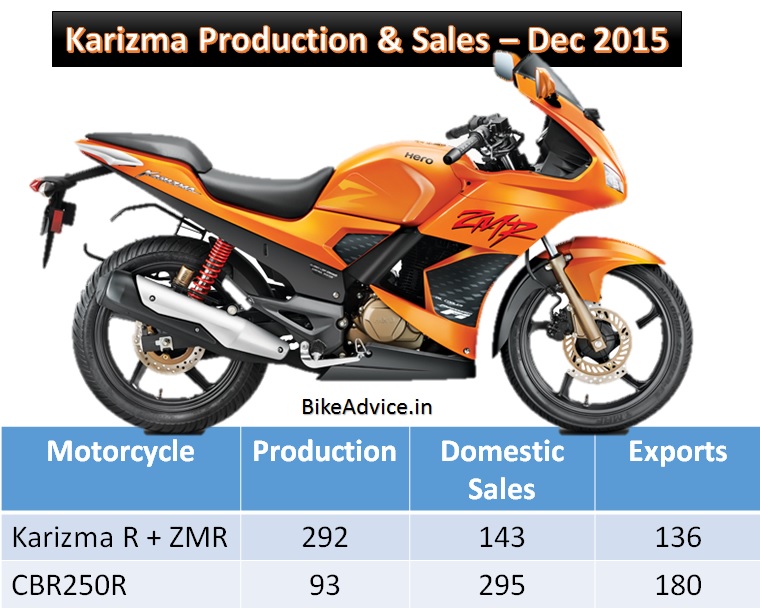 We just got hold of last month’s SIAM sales report and as we can see Karizma was still in production in the month of December 2015. Hero produced 292 units of Karizma (as compared to 21 in Dec 14), sold 143 (against only 7 in Dec 14) and exported 136 units last month.

In cumulative sales (April to Dec), they managed to sell only 3424 units against over 25,000 units they sold during the corresponding period last year – a massive fall of over 80 percent!

At 295 units, almost double priced CBR250R outsold the twins with double the difference. With cumulative sales precariously close at the moment, we are set to see a turnaround in the complete financial year results.

Also Read: Hero Shocked Everyone at 2014 Auto Expo But NOT Much Has Made it to the Roads in 2 Years!

Hero first introduced the Karizma brand back in 2003. The bike borrowed the old mill from the CRF 230 though in a slightly detuned state. It went onto become one beautiful and wanted tourer among Indian motorcycles and kept Hero and buyers happy. Post 2007, the bike also got a faired version called the Karizma ZMR, (well…which looked hideous!).

With time, the Karizmas started to look outdated and the ever-increasing competition was taking a toll on their sales. That’s when Hero took a leaf out of EBR’s book and in 2014, brought out two of the most controversial updates on their Karizma twins, which left everyone dejected! Sales spiralled down at an immense pace and reached an all time low of 7 units in December 2014 and 10 units in March 2015. It is the worst an established brand can go through.

Things have not been very good ever since, the bike barely manages to cross 200-300 monthly movements. Now the latest speculation as per Bikewale is that Hero has stopped manufacturing the Karizma siblings! That doesn’t come as a big surprise since, at some point or the other, they had/have to take a decision. 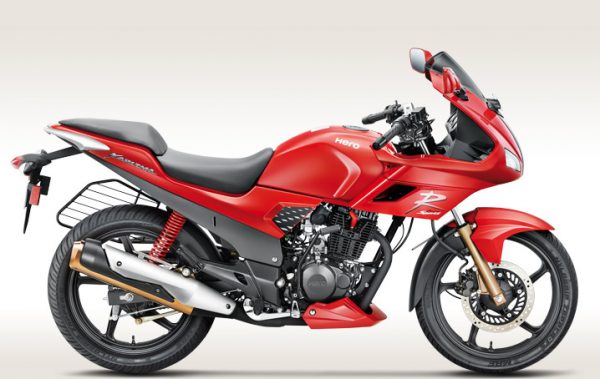 We dug deep to understand how true is this update – Last month’s production numbers stood at 212 units and they managed to sell 274 Karizmas. Actual production numbers of this month (if at all) will only be known early next month when SIAM releases its report.

We also contacted a few dealerships in the national capital and got to know that the they do NOT have stocks of either the Karizma R or the ZMR and they informed that these motorcycles do not have many enquiries and are offered on a ‘made to order’ basis! 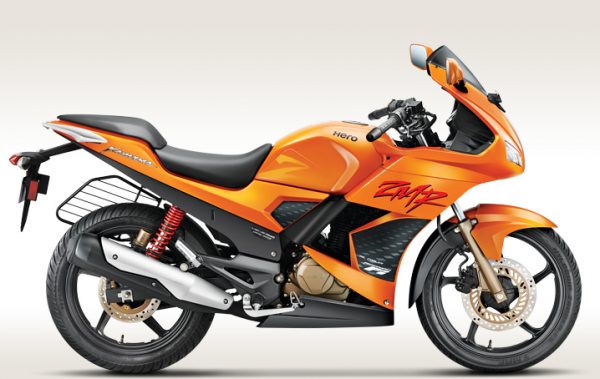 Frankly speaking, irrespective of the veracity of this speculation, Hero will have to act and both these motorcycles will be discontinued at some point or the other (if they have not yet!). But don’t just worry – the Karizma brand will live.

Hero may have committed a few blunders in the past, but they are sane enough not to kill the legendary brand forever. So, there may be a new Karizma awaiting us at Hero’s pavilion at the Auto Expo then! What would you like changed…?