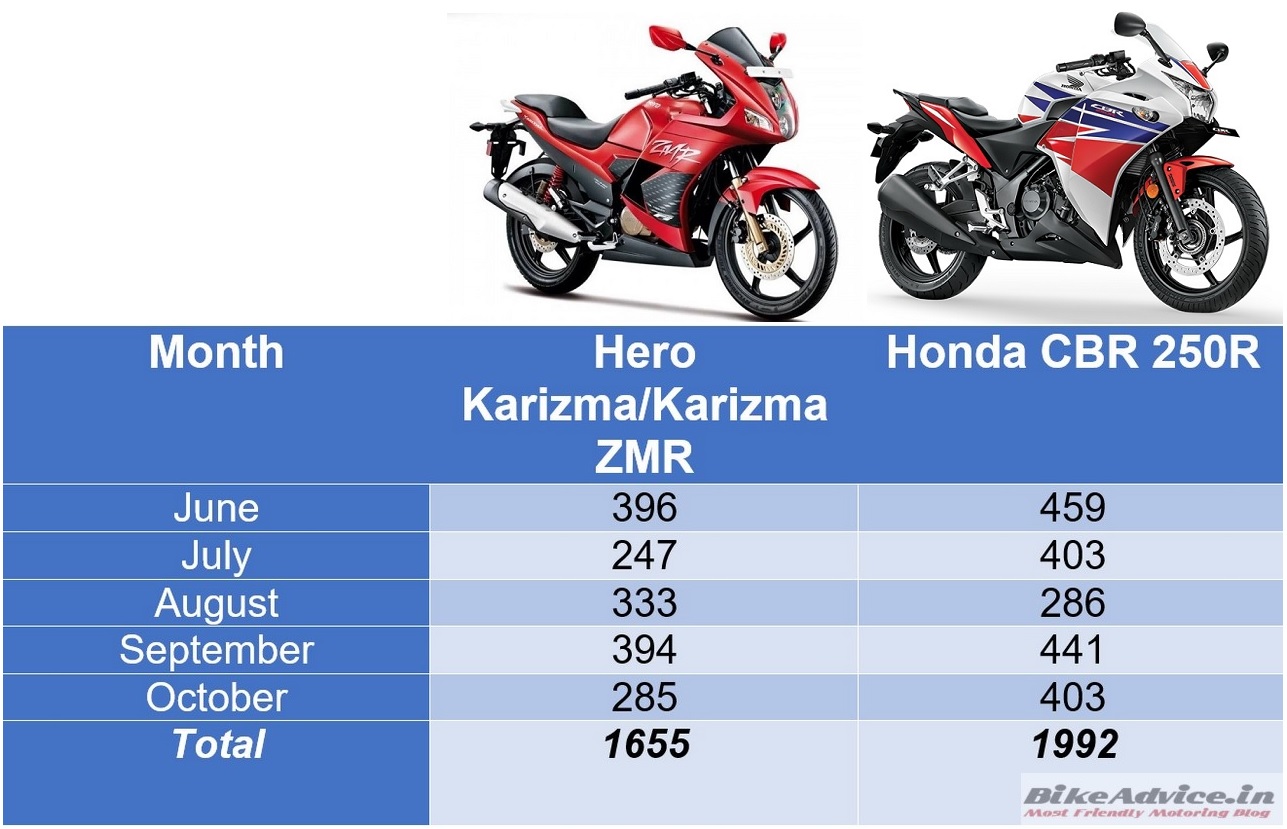 Honda is doing all it can to dethrone their erstwhile partner Hero from the top slot, however, despite a lot of efforts they have not been able to penetrate in the 100 cc segment, the Hero’s stronghold! In an interesting turn of events, the Japs are doing it on the other end of the spectrum, unintentionally!

Today, let us talk about the tussle between two tourer centric products, the Karizmas from Hero and CBR 250R from Honda. While both the motorcycles are powered by Honda engines, the latter, with an almost double the price tag outsells the Karizma twins, now convincingly!

The Karizmas were updated last year and that is when it started loosing ground. We have never seen such a widespread negative backlash for a new upgraded motorcycle and unfortunately, for Hero, it showed in the final sales as well. Ever since then Karizma twins have just not been able to rise. Forget about being a competition to Bajaj’s Pulsar 220 or AS/RS200 series which sell in many thousand units, there is a new bigger rival it is not able to outdo – Honda’s CBR250R! 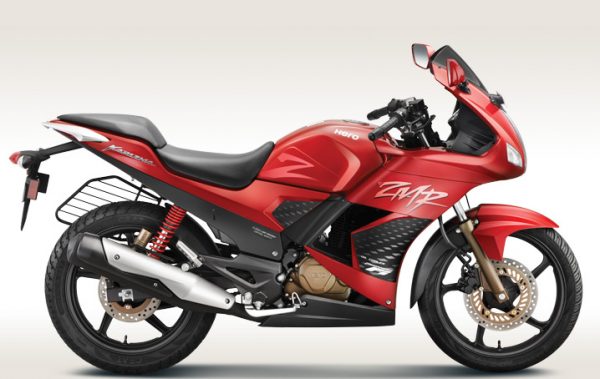 As we have reported last month, for some reason, without any significant update or comprehensive promotion, sales of CBR250R have risen manifold in the last few months (link to report).. so much so that it is outselling both the Karizma R and ZMR for the last few months.

Let us talk numbers now. We have compiled data for the last five months and as you can see, CBR250R has been registering consistent sales of over 400 units every month (barring August 2015). On the other hand, despite being a much cheaper alternate which is also available much more widely, both the Karizma R and ZMR have not been able to touch the 400 monthly sales mark even once. 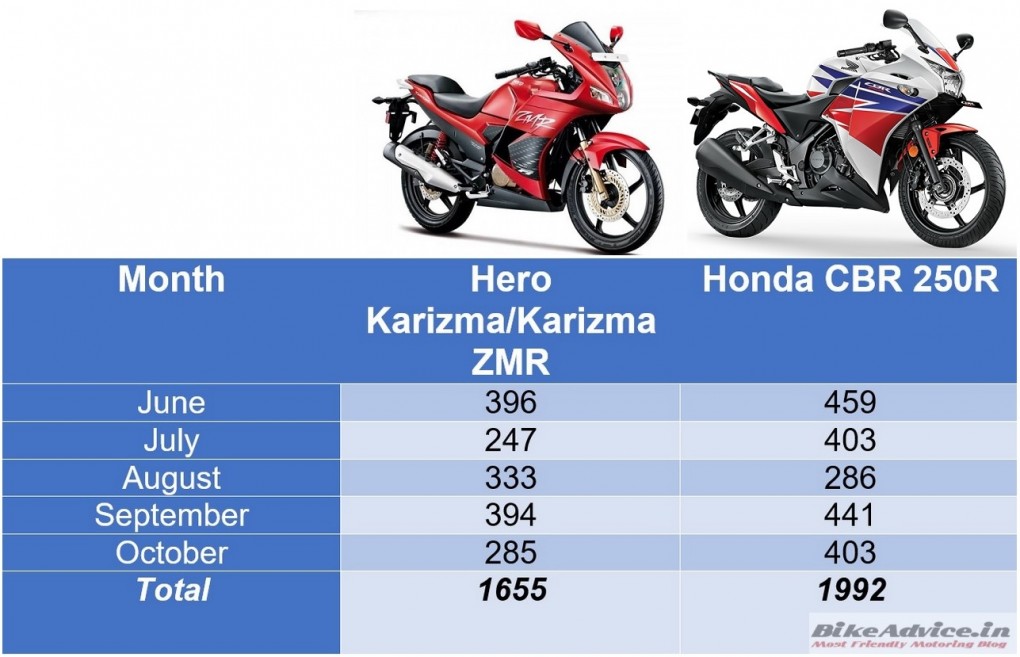 A total of 337 units is what separates these motorcycles from different mothers. Talking about cumulative figures for this financial year (from April 2015), CBR250R is just a few units behind the ZMA & ZMR twins but going by the latest trend, expect it to surpass the Heroes comfortably.

Is it the End of Karizma?

Well, frankly speaking Hero doesn’t seem to have any plan whatsoever! They have let this happen to a brand which commanded a fantastic brand value a few years back. There is a consistent echo of bringing back the older Karizmas to make more sense. It can be done. Yamaha did that with the R15S recently and if that happens, we are sure there will be many more takers of these real-good tourers.

But, according to what we understand, Hero may just not touch the Karizmas now and may plonk their own engines once they are ready…. which may also mean a complete doom of the brand! Let us hope the HX250R, which is delayed, does the trick for them…