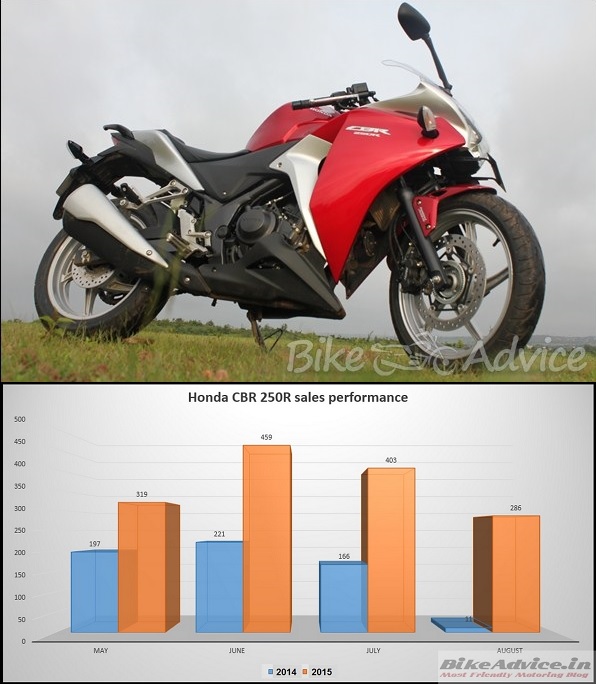 Honda’s CBR 250R is a peculiar product in India which has seen many ups and downs. The bike when launched received instant success thanks to the first mover advantage. However, a lot of owners of the initial lot criticized it for not being an upto-the-mark niggle-free product, something which is expected out of a Honda!

The bike holds the fort pretty much alone as the Indian motorcycle market still does not really have any absolute-direct competitor for CBR. Yes we do have products by KTM and others but they are either too aggressive (read KTMs) or smaller and less powerful and none of them is as comfortable a sports tourer as the CBR is.

But the real problem with CBR is that it is old and has not received any significant update from Honda for a long time now. As a result, sales last financial year fell a whooping 78 percent on a year on year basis (7669 units in FY 14 against 1698 units in FY 15).

However, something unprecedented has happened! For some unknown reason, CBR250R is back in the reckoning and has seen sales rise from May 2015 onwards this financial year. This is big time surprising considering that there was no reasonable update and nor have we seen Honda promote the motorcycle any aggressively!

To quote some numbers, since April this year, Honda has sold 1643 units of the CBR250R which is almost 2.5 times more than 674 units they managed during the same period last financial year (Apr to Aug 2014), and in fact cumulative numbers of the first five months of this year are almost equal to the total CBR250Rs sold by Honda during the entire twelve months of the last FY.

Now comes the next interesting bit: The CBR 250R is the only product in the 200 to 250 cc segment to have grown in terms of sales. This includes Bajaj’s combined list of Pulsar 220 + Avenger and Hero’s Karizma debacles.

Surprisingly this is even before Honda has launched its minor facelift which they showcased on the 4th August at the Honda RevFest (which is planned for the later part of the year). 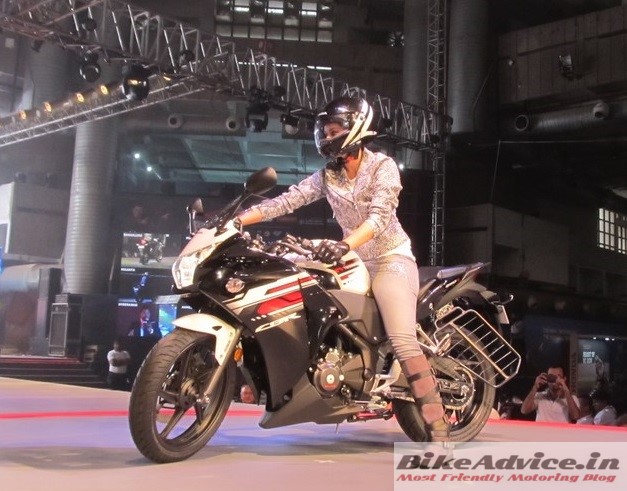 So, has Honda deepened the reach of CBR and it is now available more widely or have people re-started preferring it over others or is that they have now given hope on the possibility of the more powerful CBR250R/CBR300R coming to India? But will the upcoming Mojo be a threat…?