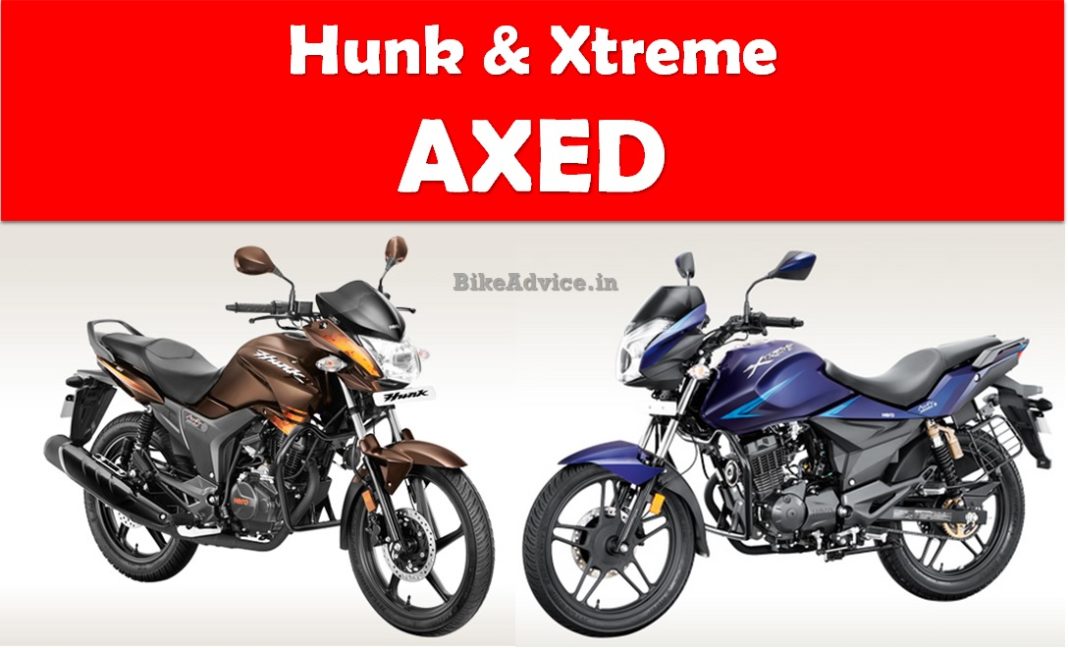 In order to shed off excess flab, Hero has officially discontinued two more 150 cc motorcycles from their portfolio – Hunk and Xtreme. They have already dropped Impulse long back and now only have the Xtreme Sports (confirmation pending) and Achiever on sale in this highly competitive segment.

Xtreme along with the more powerful Xtreme Sports never made sense together. Their pricing, upon launch, also cleared that Hero was clueless on their positioning (related article) and hence one had to go and it always looked like the lesser Xtreme. The brand Xtreme started its journey as ‘CBZ Xtreme’ and even despite the usage of the iconic CBZ brand name its sales tapered off few months after its launch.

The last update it received was in 2014 when Hero launched the refreshed Xtreme with cosmetic changes but it failed to catapult sales. The next launch in the Xtreme range will be the bigger Xtreme 200S.

The more surprising omission from the lineup is Hunk which received Xtreme Sports’ 15.6 bhp engine only in December 2015. It was expected to continue sales but it appears that Hero has decided it is enough of dragging these non-performing motorcycles.

It must be remembered that Hero has upgraded this 150 cc Honda-sourced engine to BS4 emission norms on the Achiever and this is a clarification that they plan to (and can) use this engine for long. And hence discontinuation of these motorcycles is not because of the motor (which originally belongs to Honda).

Both these motorcycles featured in the list of five least selling 150cc motorcycles last financial year.