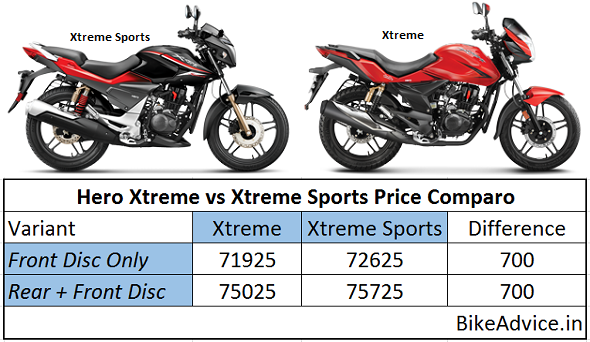 It is abundantly clear that Hero is slowly dying in the 150 cc segment. We have often reported that despite the presence of four (now five) variants, it is one of the lowest seller in the Bajaj-ruled segment. To catapult sales, they introduced Xtreme facelift last year, only to follow it up with Xtreme Sports earlier this year…

It appears that there is some confusion among our readers regarding the regular Xtreme facelift and the new Xtreme Sports. This article is to clear that out by listing the differentiators and now that we know the prices, we also update it up to understand what is the company upto…

In terms of cosmetic differences, the Xtreme Sports look better and slightly more puffed up for a rugged feel as compared to the Xtreme facelift. 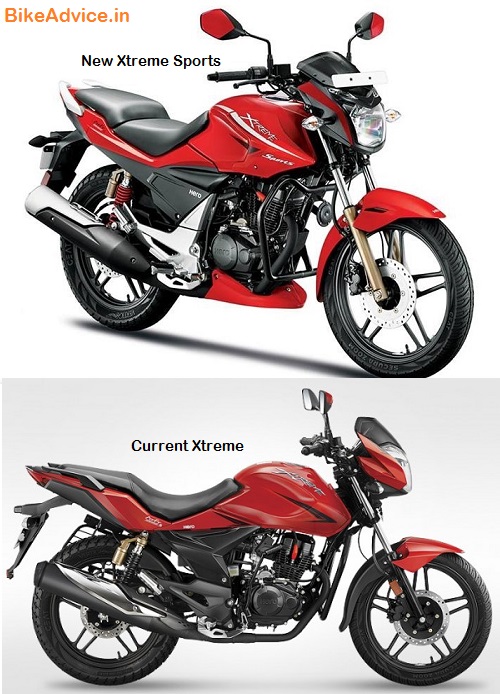 So, here is what the Xtreme Sports gets in addition…

Both the motorcycles are offered in two variants, with the rear disc brake variant going for a premium. Here is the price comparo…

With this we come to the meat of the matter. Look at the table above and raise your hand if you will still go for the regular Xtreme? We do not see many hands raised….

Rs 700 is all what separates these two motorcycles and for that extra on the Sports, you get more power, higher torque, a few cosmetic enhancements and an overall better looking machine. Why will you go for the Xtreme?

Frankly we could not understand the positioning of both these motorcycles. Either there should have been a sensible difference between these two motorcycles or Hero wants to reciprocate the 100 cc ploy here as well where they have flooded the market with tons of variants of same motorcycles at a difference of every 100 rupees.

Or, they are on the verge of discontinuing the regular Xtreme to let the Sports variant, which has a better chance to survive the competition, breathe free. Honda recently discontinued the older Unicorn 150, after they launched the more powerful 160cc variant. Or, they are confused…