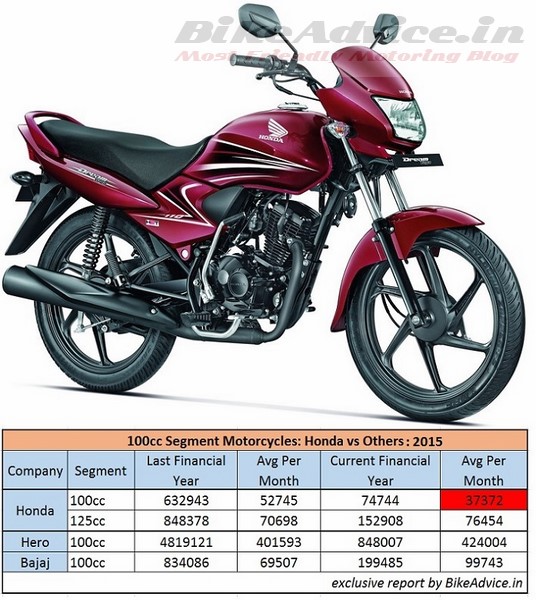 What do you make out from the current onslaught from Honda? Their promos, press releases, actions and almost everything target their erstwhile partner Hero. They are trying to hit Hero on its roots – the 100cc segment and not much has been done in the higher than 125 cc segments. However, the amount of time and energy they have invested till now (in this segment), is just not yielding them dividends.

Honda currently sells four motorcycles in the entry level segment which include the Dream Yuga, Dream Neo, CD110 Dream and CB Twister. This is a very impressive and robust portfolio if you want to know, however, they are just not clicking for the company. To share some intriguing facts, here are some sales numbers for you…

Current Financial Year Sales, Including May 2015

Switching over to the current financial year’s stats, things are even worse for the brand… For the month of April 2015, Honda sold 35,023 units and last month in May 2015, they registered total sales of 39,721 100-110ccs only. At an average of about 37000 motorcycles, Honda is lesser than their average last financial year.

When these figures are compared with their performance in the first two months of the last financial year, Honda remained flat, despite such heavy promotion and marketing. 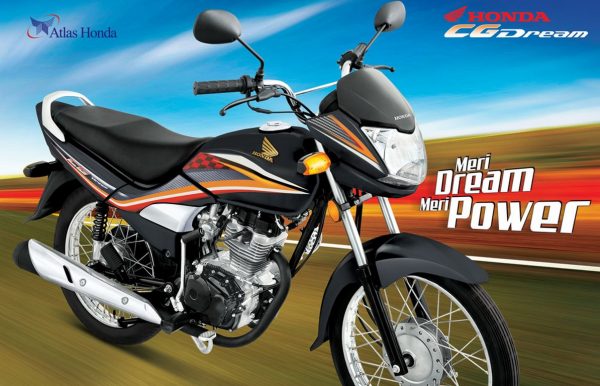 And now you know why we are seeing a new 110 cc every now and then from Honda. They are working on another motorcycle in this segment called as Livo, which is touted to be a replacement for Twister and will be launched soon… Apart from that, there may be another extremely barebone 110cc inspired by CG Dream which is sold in Pakistan (pictured above).