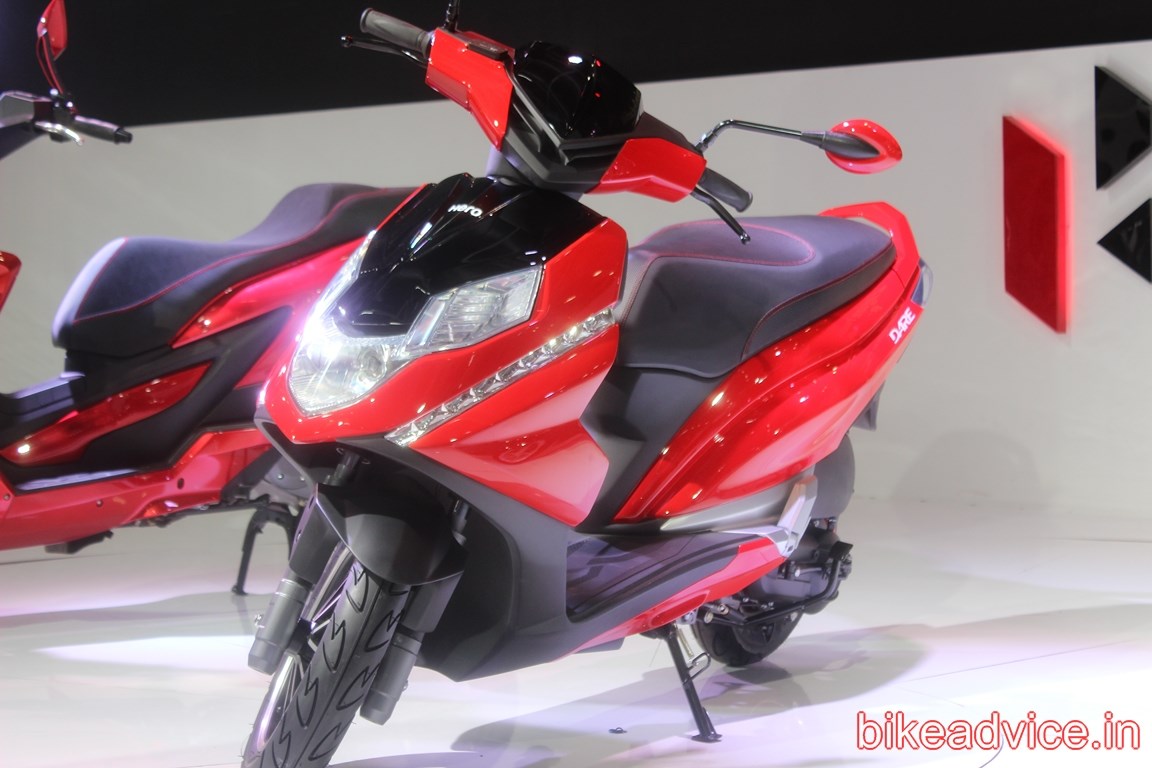 Dare 125 launch is expected ever since it was first showcased four years back! Final market name may or may not be Dare though!

After others, Hero is set to venture into the 125 cc scooter segment which currently has products from Suzuki, Mahindra, Honda and Vespa. Now if we recall, Hero showcased a 125 cc scooter called as DARE at the 2014 Auto Expo. Targeted at men, Dare was an aggressive looking bold scoot. It had a long, wide saddle and was equipped with a forced air-cooled 4 stroke 124.6 cc engine which back then, produced 9.5 PS of peak power and 9.8 Nm of maximum torque, on paper. 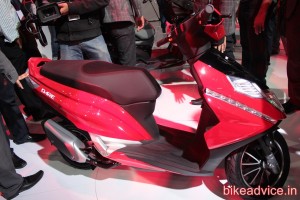 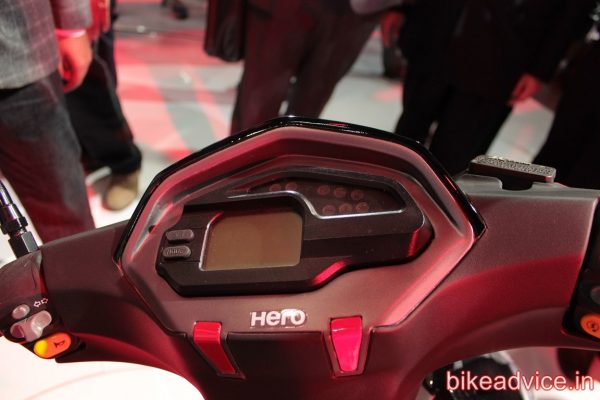 According to a latest report at Autocar, Hero is scheduled to launch a new 125 cc scooter in India at the Auto Expo in February. It is not known if it will be the Dare (under a different market name) or something different but it will, in all probability, be based on a similar platform.

At the same show, Hero will showcase the XPulse concept and just before that (on 30th Jan), they will launch the production Xtreme 200S as well. Another scooter which is still unlaunched is the very interesting 150 cc ZIR, which Hero has forgotten after its first showcase!

Hero shared these specs back in 2014.