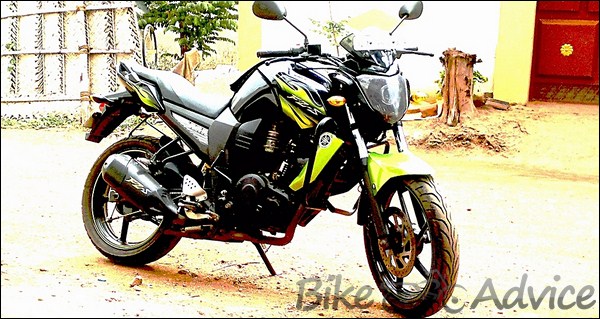 You are reading this first on BikeAdvice!

When they launched the new fuel injected FZs and Fazers, it was expected that Yamaha would discontinue the older carburetted range. But they decided against it and ended up broadening the spectrum they were playing in with these bikes. This meant all of a sudden their lineup increased from 3 to 6 models – 3 fuel injected versions and 3 corresponding older carbed variants.

Recently, Yamaha has rejigged their lineup:

Apart from this, they have added a new Matt Green colour to the FZ-S FI range which costs Rs 83,259 whereas the remaining four colours- Wolf Grey, Alligator Green, Viper Black, Shark White, now cost Rs 82,259 – a price increase of Rs 600 across the range.

But what is interesting to note is that the company has deleted the FZ-S carb from the lineup. It no more features on their website and the dedicated page, which was functional till a few days back, has also been taken off. This leads us to believe that Yamaha has officially discontinued the FZ-S (carb) from the lineup.

Reasons could be many – it could have been cannibalizing into FZ-S FI sales and Yamaha wanted to emphasize on the newer model. Or, sales may have been so low that to continue selling it made no sense. Sadly, we will never get to know the actual reason since Yamaha doesn’t reveal variantwise sales.

It must be noted that all the other models – carbed FZ and Fazer and Fuel Injected FZ v2, FZ-S v2 and Fazer v2, continue to be on sale. Yamaha’s next launch will be the Ray ZR scooter.