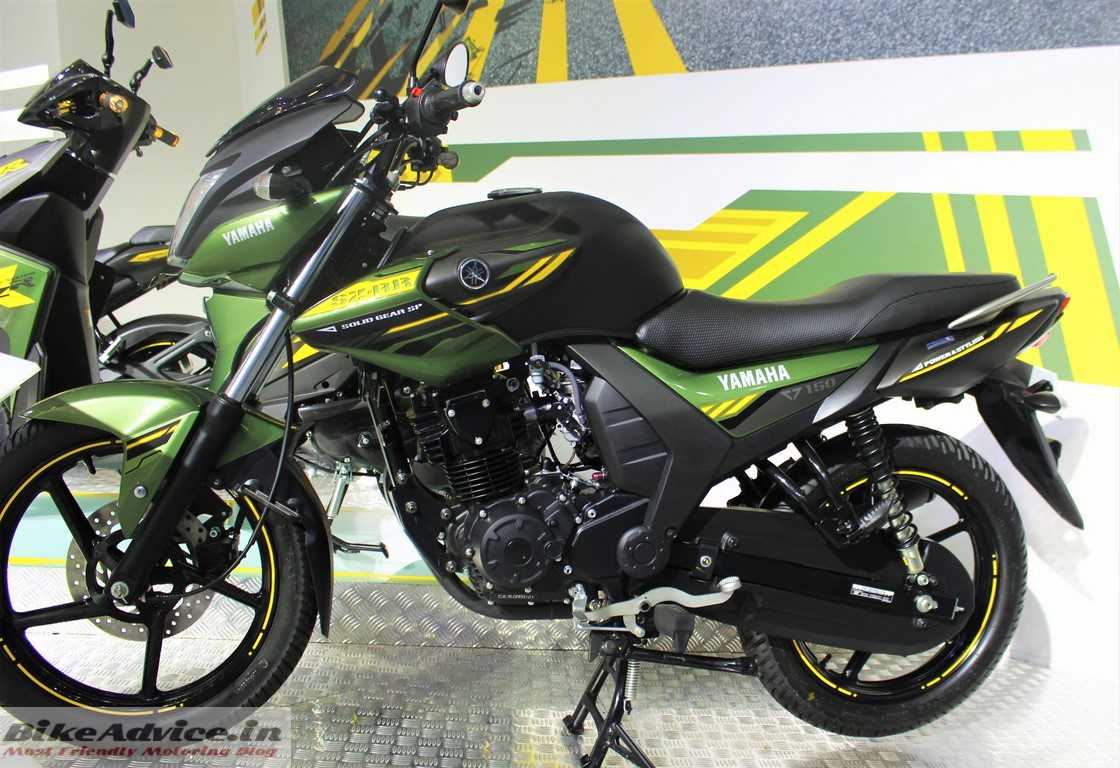 So not only has Yamaha launched the R15 V2 in new colours thereby increasing their prices by upto Rs 4000, they have also introduced the Matt Green colour in the SZ-RR v2 range which was showcased at the Auto Expo 2016.

Matt Green is nothing but a different version of the ‘battle green’ Yamaha offered on the FZ series in earlier times. There are dashes of yellow and the motorcycle get yellow rimstripes. 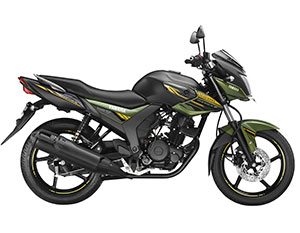 As expected, there has been no change to the mechanicals and all the engine specs – 12.1 PS, 12.8 Nm from 149 cc SOHC 2-valve engine, remain unaltered.

Yamaha, kind of, disappointed at the Auto Expo and did not announce or unveil any new model for our market apart from launching the CBU MT09. In scooters, they will be bringing the Ray ZR targeted at boys soon.