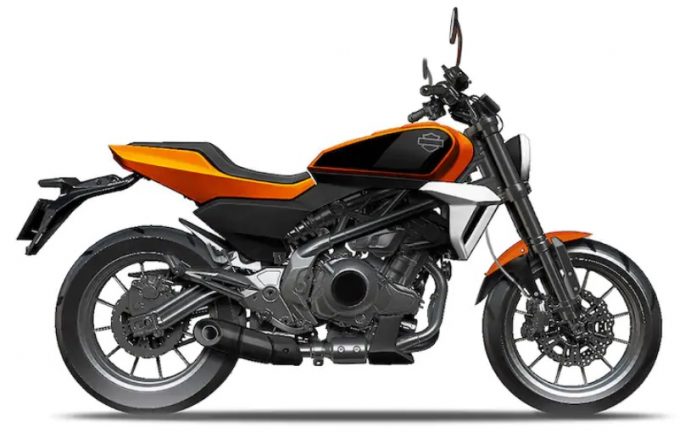 Harley HD338 launch will give the American giant an affordable platform to widen its customer base to much younger clientele!

Like Royal Enfield of India, Harley Davidson is also trying to save its turf with some very aggressive moves. Conditions have called in for such a remarkable change that the maker, which is known for its tall, lanky, loud sounding cruisers, is working on a (very) small capacity motorcycle.

Harley Davidson announced that it is preparing a 338cc (yes, that precise) motorcycle which is internally known as HD338. Unlike cruisers, HD338 is a roadster design for a wider appeal. Harley shared its design sketches and it was revealed that it will be based on the Benelli’s 302S.

You ask why Benelli? Because Harley has partnered with China’s Qianjiang (which now owns the Benelli brand) for this new low displacement model(s). It is believed that this new cubic capacity (of 338cc ) has been arrived at by using the bore of 302S and the stroke of the bigger 502S (more details).

Few weeks back, Benelli’s product plans were revealed in a slide. Among other Benelli models, it features the HD338 which is slated for launch in June-July 2020 period. This is a build-up of the recent report which had suggested that the motorcycle is ready for production (more details).

The HD338, which will be known by a different commercial name, is probably the most important motorcycle for the America brand as it will offer the most affordable entry into the company’s lineup. These customers can then graduate to other bigger motorcycles from the company.

Apart from this, Harley is working on a host of different motorcycles like an ADV, streetfighter, etc.

Deepak - June 3, 2020
We discuss what is centrifugal clutch - how does it work and its various advantages and disadvantages in this story...