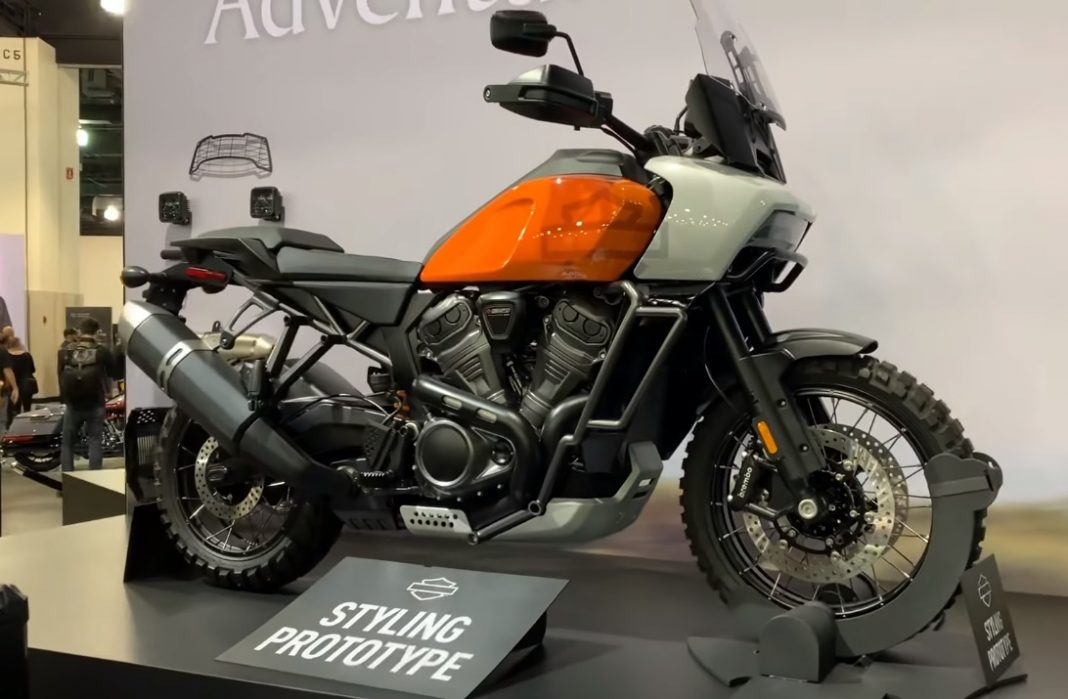 Since the company announced its growth strategy “More Roads to Harley”, there has been a consistent outflow of new models across the globe. From a push bike to electric scooters, lean electric LiveWire to strange racing partnerships, the brands seems to be trying everything it can to diversify its portfolio (and exposure).

Among its newly announced motorcycles were the Pan America and Streetfighter (in 2018 – details here) and these new bikes have been spotted at some trade show. The Pan America is an adventure-touring focused HD whereas the Streetfighter – naked sportster, is a design that we have never seen in a Harley before!

On the other side, the dynamic Streetfighter looks more aggressive in blood red colour. If you like the looks of the upcoming LiveWire but don’t want to commit to an electric motorcycle, the Streetfighter may just be what you were looking for. Powered by a 975 cc V-twin engine, the naked bike surely has some road presence!

While there were big banners that read ‘Styling Prototype’ placed near these bikes, we believe these are final prototypes, and the production ready motorcycles will see similar styling.

LiveWire is officially debuting in India this month (date and details) and Harley has also announced a smaller 338cc motorcycle (which we have tried to decipher here). EICMA is when we hope Harley will open most of its cards and it should include revelations on specs and other stuff on all these ‘in-pipeline‘ models.