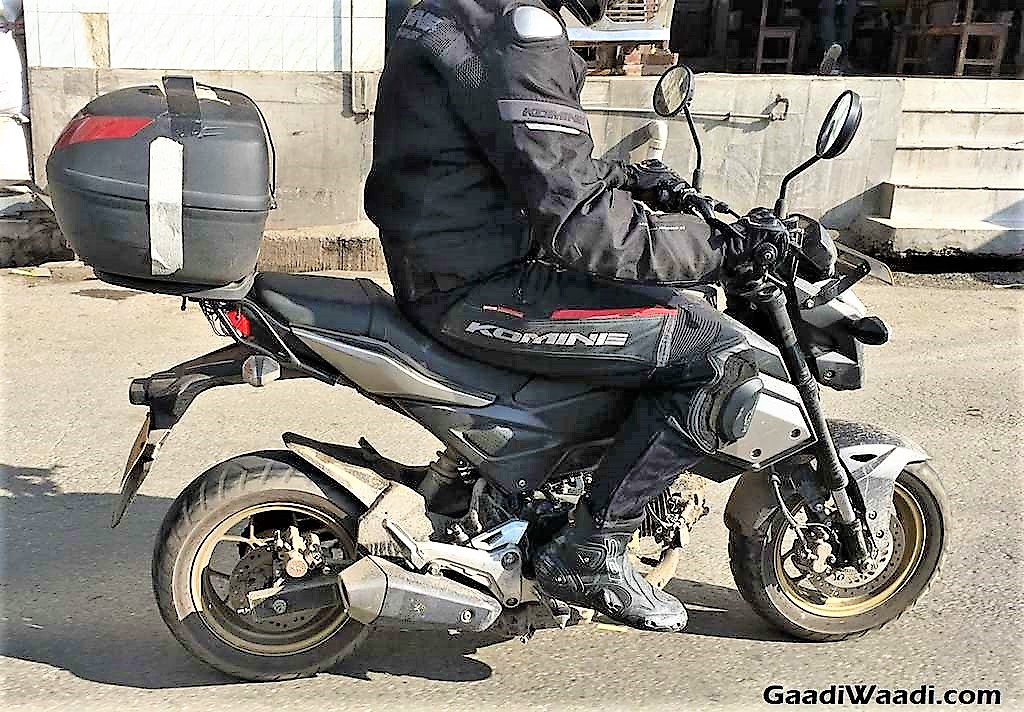 In a very surprising bit, we have Honda testing their funky and very interesting mini bike Grom on Indian soil as these spyshots suggest. The test mule is absolutely uncamouflaged and was snapped somewhere in Shimla sporting temporary registration number, typical of Honda’s test mules.

Honda Grom is also known as MSX125 in some markets internationally and gets some very interesting features such as dual disc brakes – one at the front and a smaller rotor at the rear, golden coloured alloy wheels, inverted front forks, and as you can also notice in this mule – ABS (as signified by that ring). 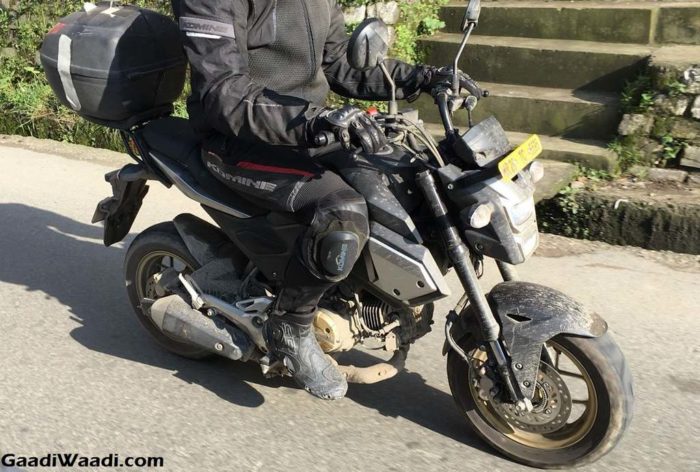 It is powered by a horizontally mounted 124.8 cc air cooled single cylinder fuel injected engine which produces around 10 hp of peak power at 7000 rpm and 10.9 Nm of maximum torque of 10.9 Nm at 5500 rpm. The engine is coupled with a 4-speed gearbox. The motorcycle comes shod with 120 mm and 130 mm rubber at the front and rear respectively, both 12 inchers. 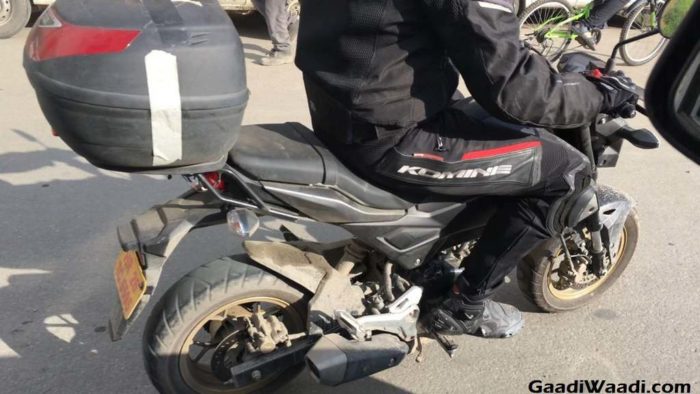 The mule here is also being tested with a top box and these Honda MSX 125 spy pics are shared by Gaadiwaadi.

Now the next question is – What is happening here? Is Honda testing the Grom for India? Will they add on to the mini-bike portfolio they started with Navi? Actually, it is a little difficult to comprehend Honda’s intentions with this model at this point considering the fact that chances of Grom doing well in a cost-conscious India are not very high and that it is a regular 125 cc mill may not make it a very luring prospect. And being a premium motorcycle it will not be sold at a bargain price! 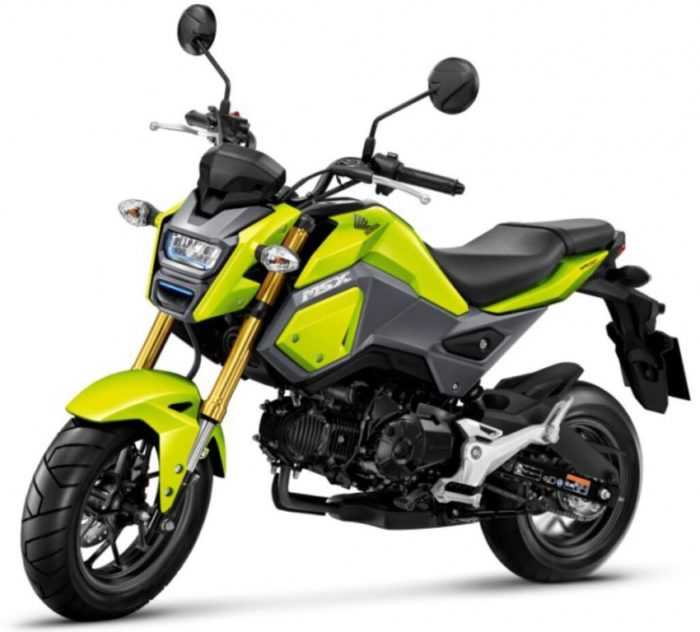 We will wait for official hints or something concrete on this before presuming this as India-bound. Another such motorcycle was being planned for India but it was shelved very recently. And by the way, you can win prizes by sharing such spy pics with us (details here).