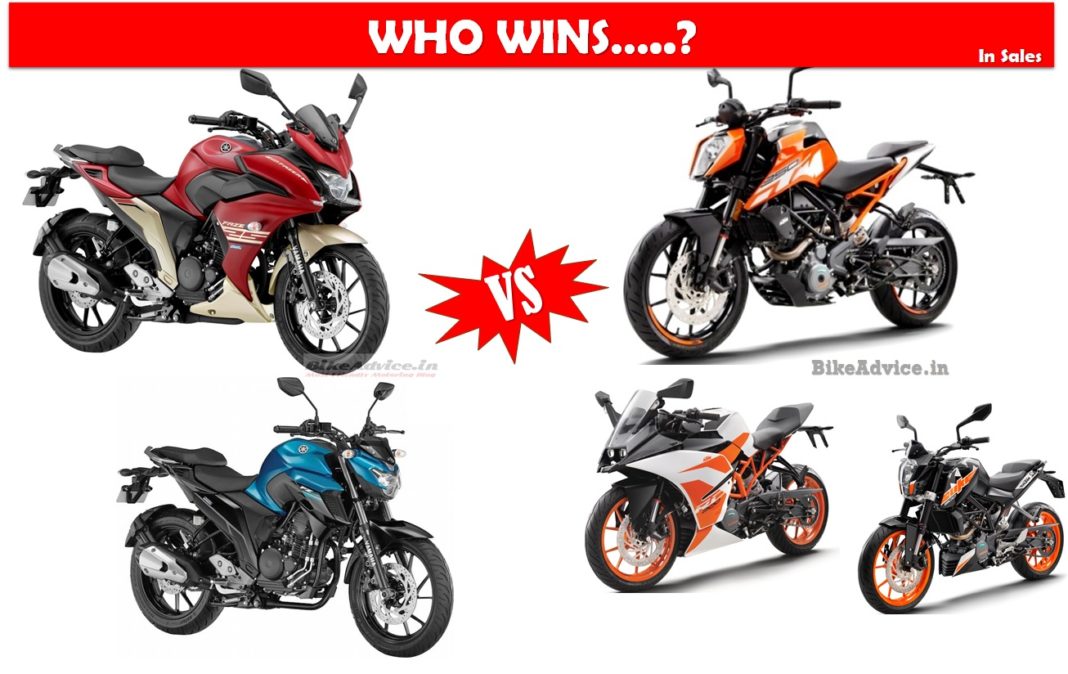 Yamaha is having a ball of a time with their budget 250 cc platform which they appear to have developed specifically for India. FZ 25 is doing real well for the brand and it was joined by faired Fazer 25 recently, which has only added to the overall tally.

In the quarter liter battle, we have already told you that FZ 25 beats Duke 250 handsomely in sales. In this article let us include KTM’s 200 cc siblings to see if things get sorted between these rivals…

This simply means that spot-on pricing is one of the major selling factors in India (obviously along with the product). And if you think FZ, at the same price of R15, has impacted the smaller sportsbike, then you will be surprised to know that R15 amassed 4921 customers in the same period. This is the same motorcycle of which we are about to witness a version 3 (spy pics here)!

Yamaha has been able to find an altogether a different non-conflicting customer base with their 250 cc FZ range without impacting the existing portfolio. And this they have done flawlessly by importing a budget no-frills engine from Brazil and making a half-sporty half-utilitarian 250 at a bargain price. But everything said and done, let us hope Yamaha prioritises ABS on these motorcycles, because at the moment they have said a plain “no” to it!