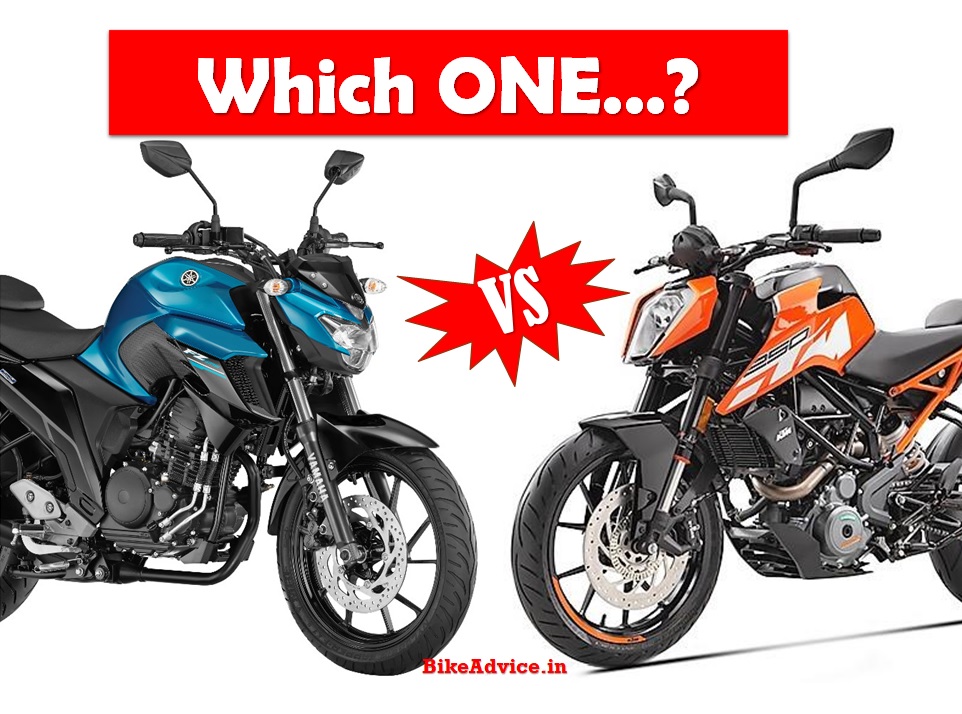 Duke 250 vs FZ25 – It was expected to be an epic battle but it appears that FZ has been the more preferred choice. However, Duke 200 turns the tables…

FZ25 was never expected to be priced so aggressively and Duke 250’s launch was also, kind of a surprise at the last moment. While there is a big price difference between these two machines – of Rs 55,000 on the ex-showroom prices, they both are single cylinder quarter liter motorcycles. So that makes for a natural comparison.

While we know that Duke 250 outperforms the FZ in most outright performance parameters and that it is the more aggressive/sporty looking out of the duo, which one is a more preferred choice among bikers is a question that we will answer in this story – because that is what defines which motorcycle is more accepted in the market. So let us present to you the latest sales figures for both these motorcycle models..

So, there we go – FZ25 is selling almost four times more than the quarter liter KTM.

**figures arrived at by simply multiplying ex-showroom price with the number of units sold. These are just expressive numbers and real figures would, obviously, be different.

Nobody exactly knows about the profit numbers/margins on these motorcycles so talking about them is futile.

As you can see, the smaller sibling, which also costs significantly more than FZ25, outsells it by a fairly decent margin.

But among the quarter liters FZ25 is a bigger (accepted) hit than Duke 250 and sales clearly point that out. Fazer 25 has also helped rake in some numbers.

So, what according to you is the reason for this..?