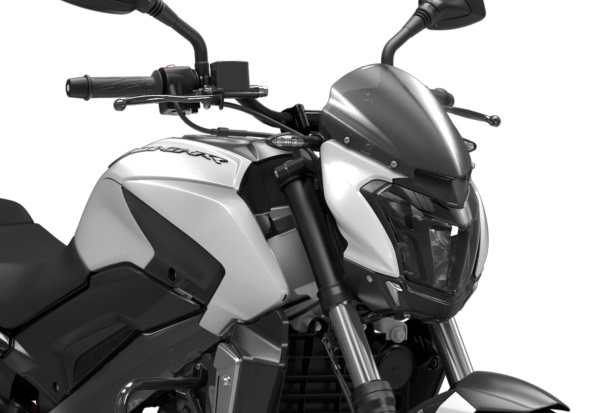 It was expected that Bajaj will replicate 2001 and surprise the market with Dominar 400’s features/prices. But nobody expected it to be so shocking. Even by aggressive estimates, Dominar was expected to be priced at Rs 1.6 ish lakhs for the entry variant but 1.36 Lakhs ex-Delhi is nothing short of a killer! Read our launch article for all details.

Nonetheless, we have talked about its specs and features but there hasn’t been a good pictorial view of the motorcycle yet. Let us do just that…. 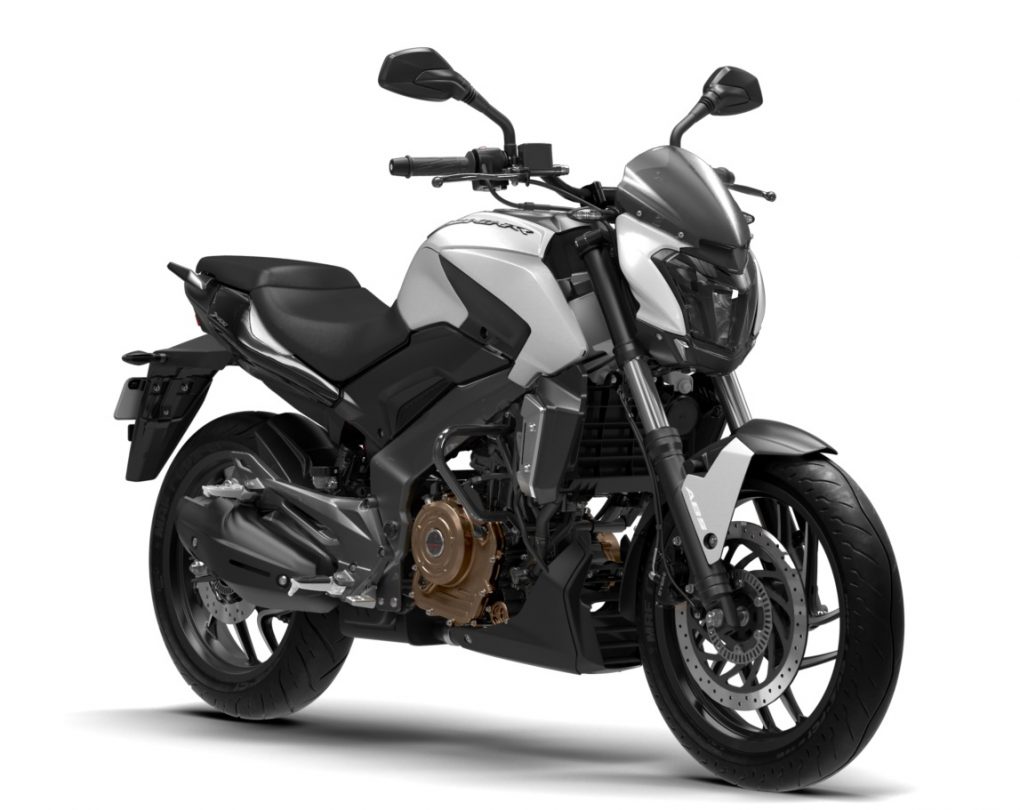 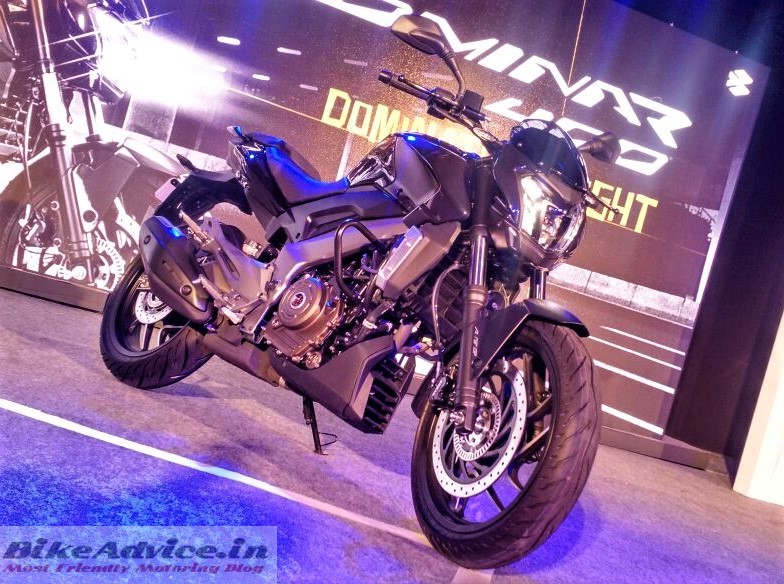 One from our launch coverage… 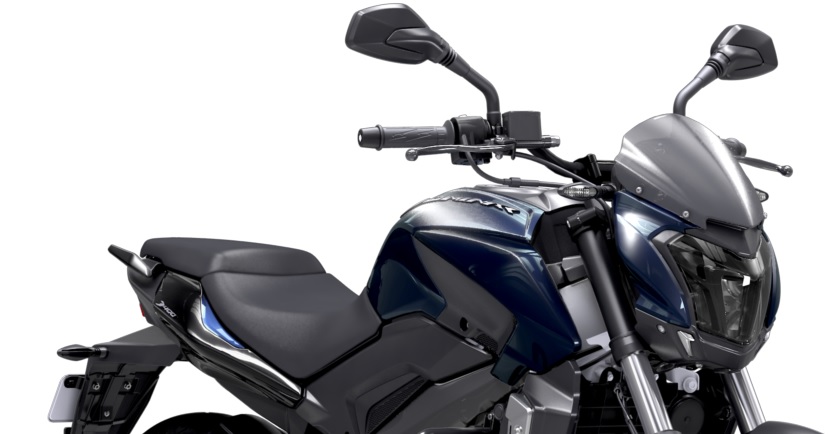 All the mass is forward-biased with that big-looking contoured tank (holds 13 liter of fuel) flowing down to what looks like an ergonomic seat. The good thing – there are not too many design elements or curves or edges like the RS200! 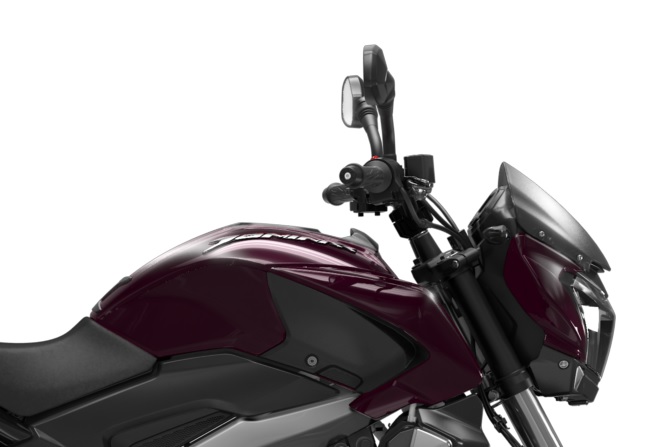 The rising tank. We do not however like those dummy air scoops in black plastic. Could have been all body-coloured! 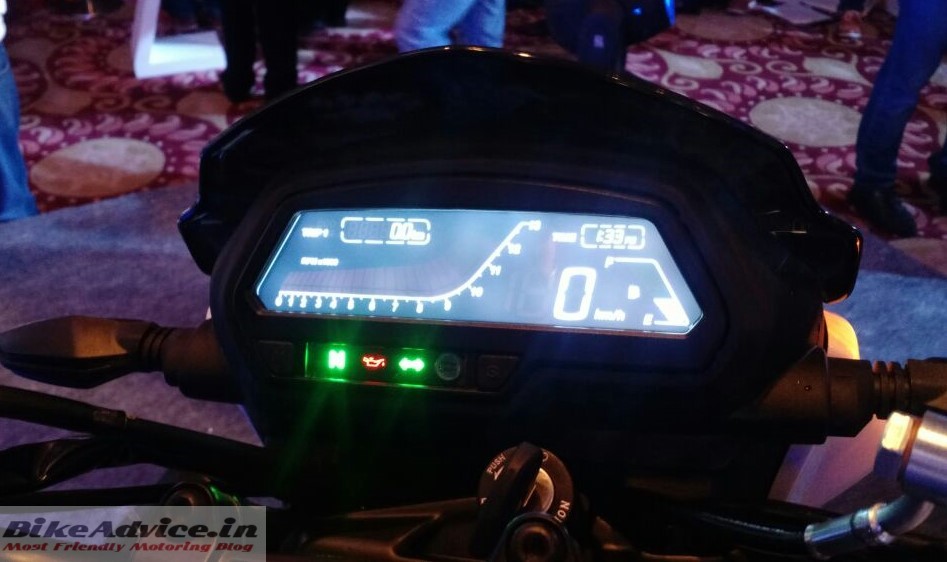 That is a split reverse LCD display. Bajaj says it provides better clarity in all conditions (including day) as compared to the conventional LCD display systems found on other motorcycles. 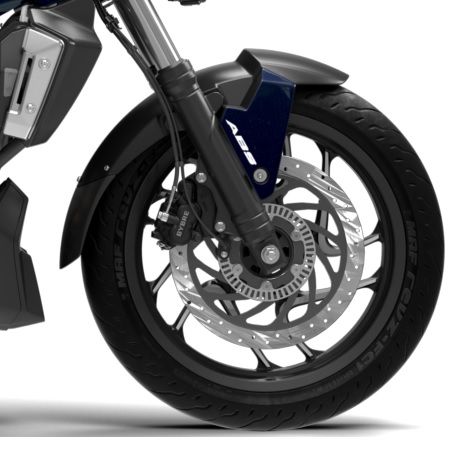 The front tyre is MRF Revz FC1 110/70 17 incher radial. That is a 320 mm Bybre disc brake coupled with a dual-channel ABS – a first for Bajaj (RS200 gets a single-channel ABS)! That little contour on the fender adds muscle! 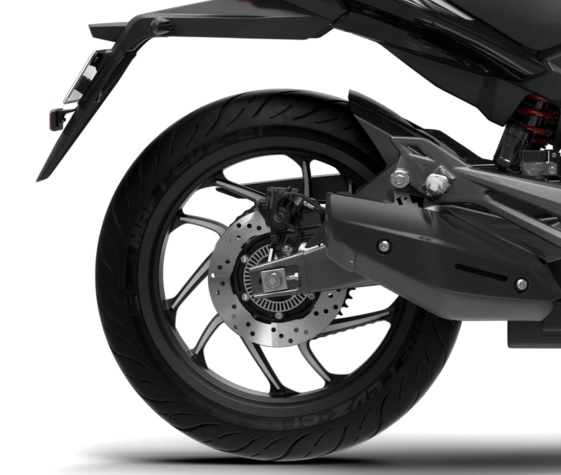 The rear is MRF Revz C1 150/60 17 inch radial – both tyres have same specs as Duke 390, which means you can interchange! Those are diamond-cut alloys. The short stubby exhaust has better note than Duke 390. Also notice the twin-spring mono-shock suspension. It is the extension of the same SNS spring Bajaj used to advertise for their smaller motorcycles – we wonder how much does it help! 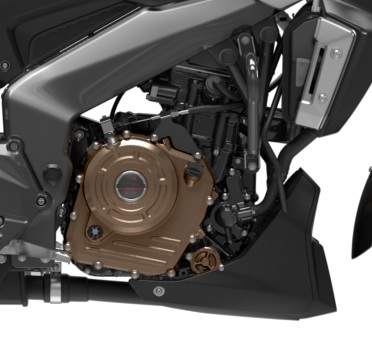 Here is the meat of the matter. It is the same motor which does duty on Duke 390 with Bajaj trademark tweaks like Triple Spark Ignition etc. The best thing is – Bajaj has retained the 35 Nm torque of the KTMs and it peaks in earlier (than the Duke) – all what is necessary for a sports cruiser! Power figures are 8 horses less which, we believe, will help provide the motorcycle the much needed relaxed nature… again a trait required for cruising! 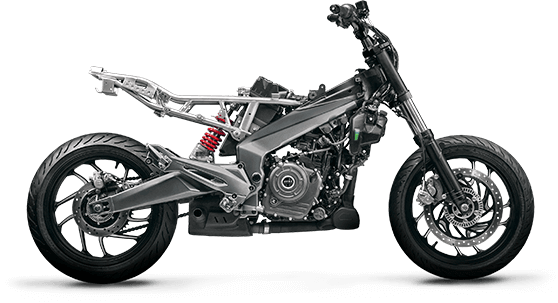 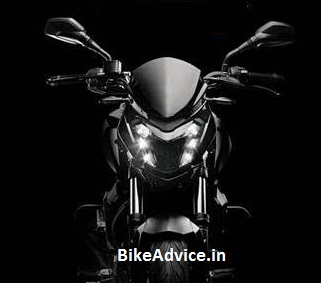 The all-LED headlamp which Bajaj calls as ‘mosaic’. The light elements you see here are AHO which means they remain on all the time. The centre element is NOT AHO, it can be switched off! 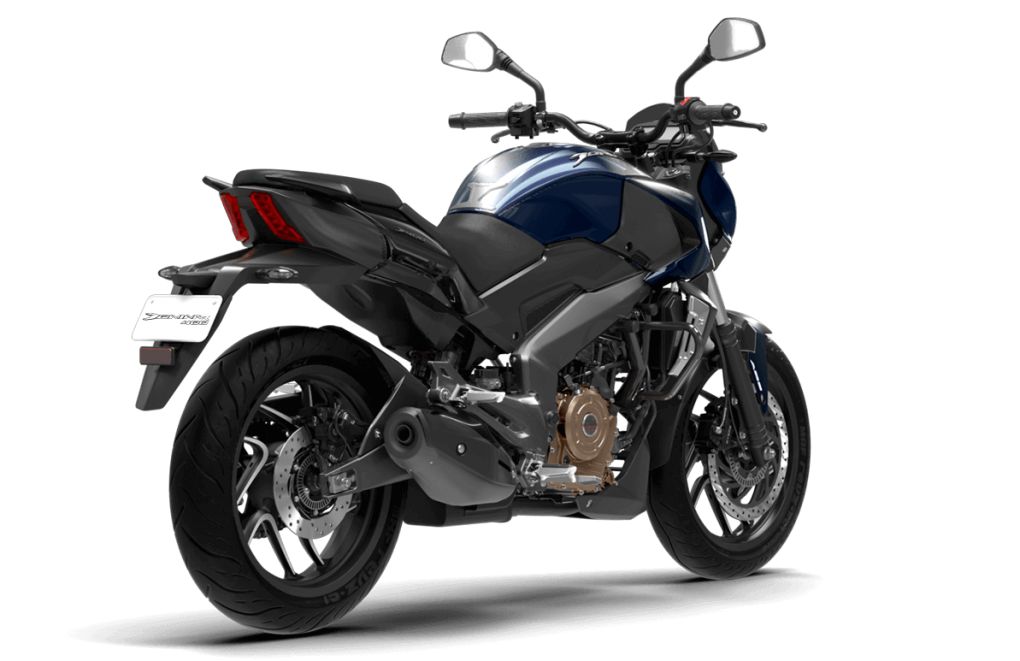 Another side view of Dominar 400. See there is too much of that black plastic. But that stance is muscular! 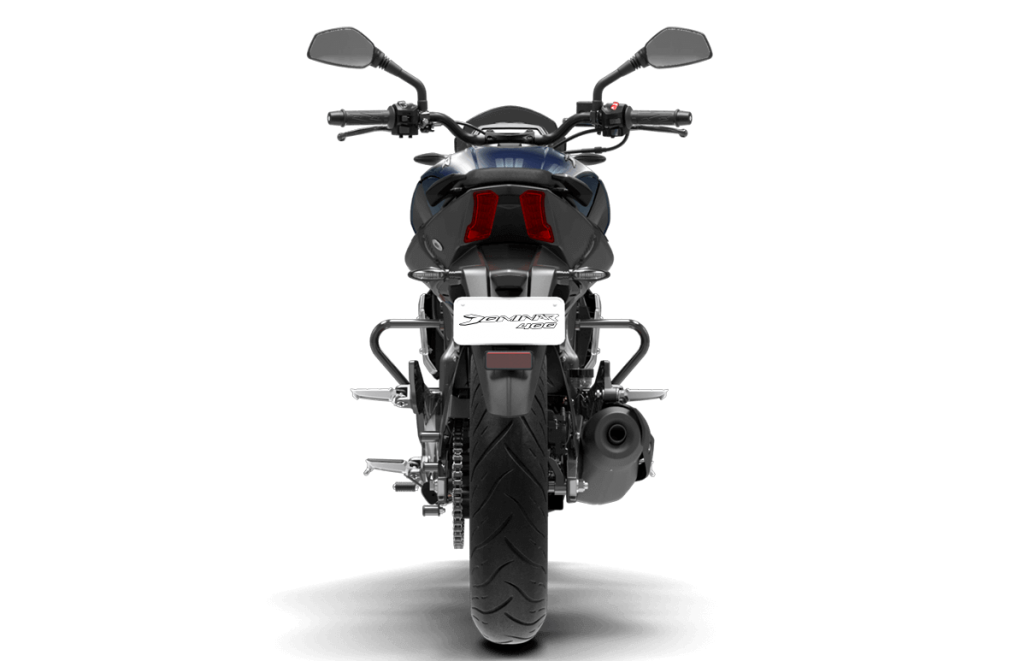 You would not want to see Dominar from this angle as it is the weakest view and those twin tail-lights are something which you have been seeing from the last decade or so.

Here are the three colours Dominar 400 is being offered in currently. 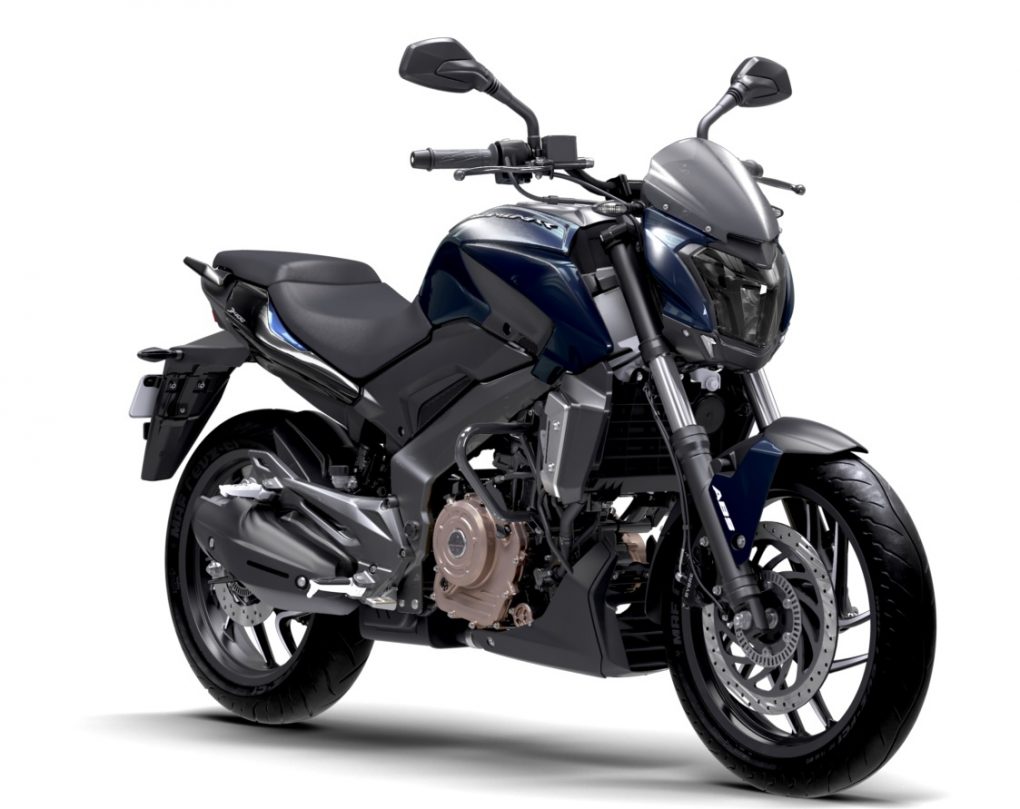 The best colour of the lot – Moon White 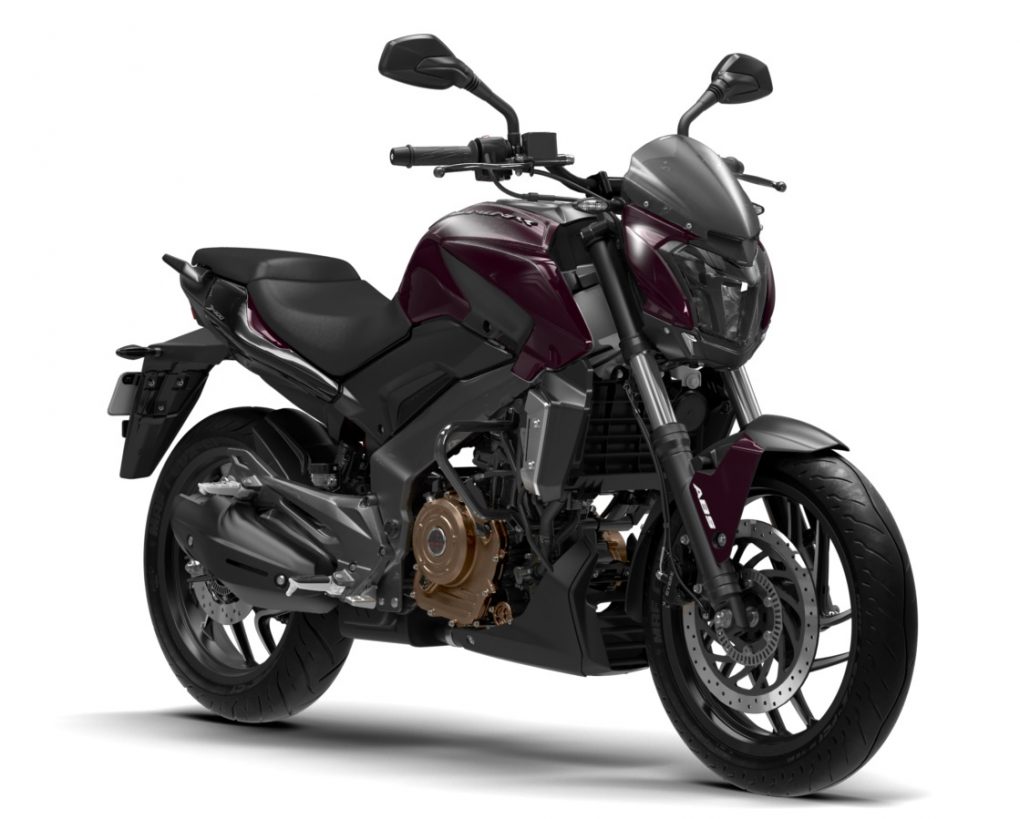 There is no black on offer at the moment… 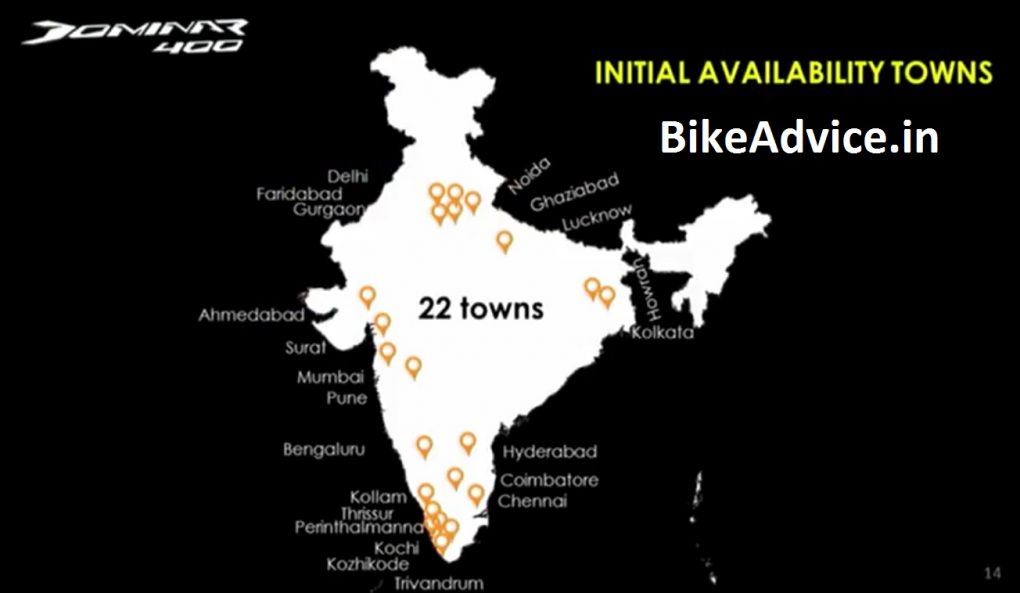 Dominar 400 is available in 80 dealerships across these 22 cities only at the moment. Bajaj will gradually roll it out pan India.