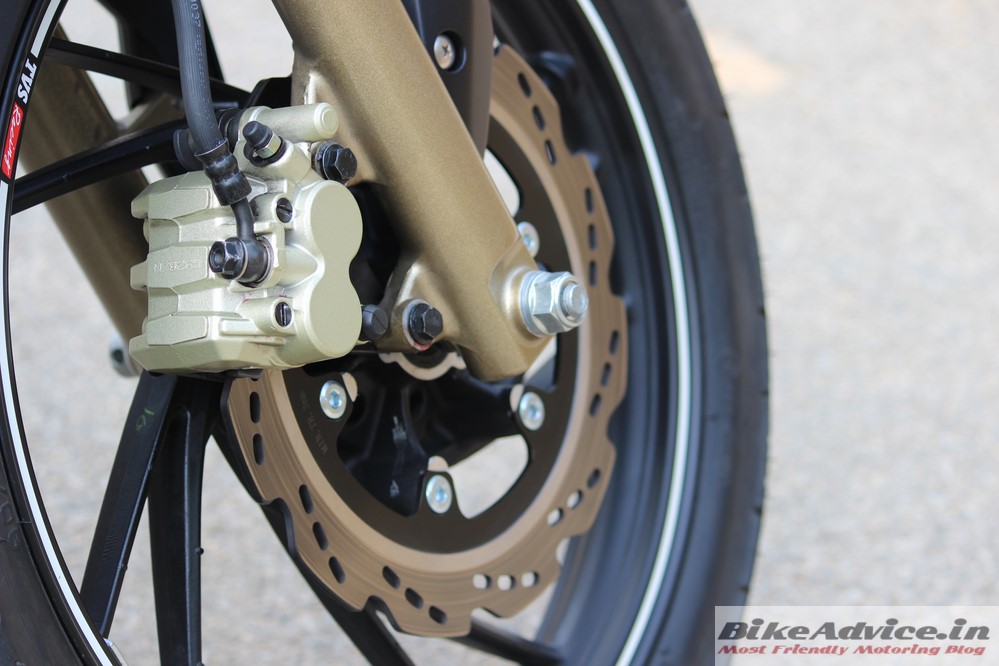 There are two types of disc brake calipers – floating and fixed! We discuss the pros and cons of both of them in this informative story…

Brake caliper is one of the most important part of the Disc Brake Assembly. A Caliper assembly contains various fixed and moving parts. It is like your engine where you have piston, cylinder and other moving parts.

Before we move onto this story, we have already published the first part. Have you read it? If not here is the direct link

Adapter: It is also known as supporter or hanger. It is a fixed support to the caliper assembly. It is bolted to steering knuckle and takes the entire braking load.

Caliper: It is that part of the caliper assembly which provides housing to hydraulic pistons. Generally, it is made of three kinds of materials – cast iron, magnesium and aluminum as we have seen in type of cylinders. Depending on the requirement the material of caliper can be change.

Piston Seal: A piston seal, also known as piston ring, keeps the brake fluid behind the piston and brake pads.

Dust boot: A dust boot, also known as piston boot, is placed to prevent dust and dirt going inside the cylinder bore.

Positioner: The positioner is placed between pins and bushes. It holds the caliper outward when the lever or pedal is released so that the outward brake shoe can move away from the disc. It also acts as a wear indicator for brake pads. It bends and close up when brake pads worn out.

Retraction Spring: it is also known as anti-rattle spring. It does the same function what return springs do in drum brakes. It keeps the brake pad in contact with piston and caliper fingers.

Brake pad plays the same role as brake liner plays in drum brakes. Generally two brake pads require per brake disc/rotor. It is a wear and tear part of caliper assembly. It is made of small pieces of high friction material. The type of friction material varies as per the requirement of vehicle.

Materials which make up the brake pads include friction modifiers, powdered metal, binders and fillers. Friction modifiers such as graphite and cashew nut shells are used to alter friction coefficient. Powdered materials such as lead, zinc and brass etc increase a material’s resistance to heat fade.

Fillers are added to friction material in small quantities to accomplish specific tasks, such as rubber chips to reduce brake noise. You need to check the brake pad if it is due for replacement. Generally brake pad comes with wear indicator which is a small groove between the brake pad. When this small groove is not visible, you need to replace the brake pad. It should always be replaced in pair even if only one pad is worn out.

When brake lever or the pedal is pressed, the brake fluid creates hydraulic pressure inside the cylinder bore of the caliper. This pressure forces piston to move towards brake pads inside the caliper. The piston ring moves in rolling shape with the piston.

It is also known as sliding caliper. As the name suggests a floating caliper moves in a path within its support with respect to the movement of brake disc/rotor. The floating caliper has a piston on only one side. On the other side it only has brake pad. So the floating caliper always has a combination of one piston two brake pads. The location of piston is just behind the inner brake pad.

At this moment the reaction force pushes caliper body towards the outer brake pad. In this way the caliper creates friction from both the sides on the brake disc/rotor. The other noticeable difference in floating caliper is that the brake fluid directly goes in to the caliper via hydraulic passage inside the caliper. Floating caliper can use 1, 2 or 3 pistons.

Ultimately, the brake pads stick to the brake disc/rotor and create friction which stops the brake disc/rotor from moving. The fixed caliper mechanism creates equal pressure from each side. In fixed caliper the brake fluid is routed through crossover lines or steel tubing which is placed outside the caliper housing. They are directed in to caliper halves with sealed O-rings. A fixed caliper may have 2, 4, 6 or 8 pistons depending on the requirement of the vehicle. There are three piston fixed calipers also there which have two small pistons on the one side and one big piston on the other side.

What Is Engine Knocking? How To Avoid it in Your Bike?

Next read: “Which Engine Oil Shall I Use?” – Engine Oil Explained in Very Simple Terms