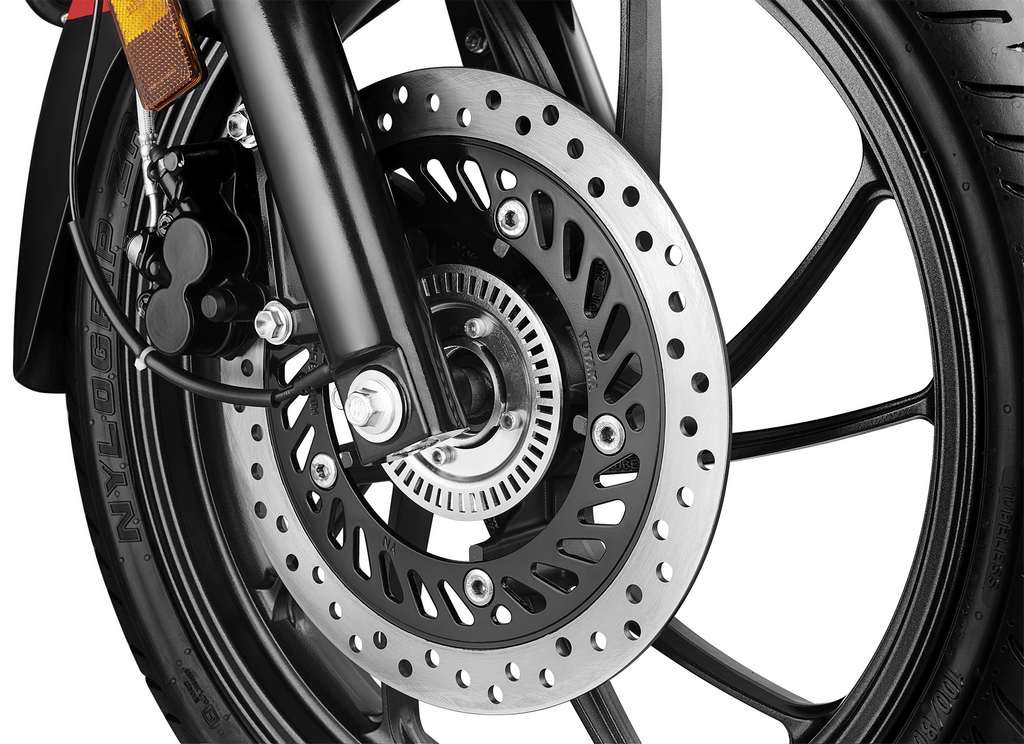 BikeAdvice Informative Series: We discuss the various types of disc brakes and what are their advantages and disadvantages in this part 1 of the ‘Braking’ series..

As we all know drum brakes are not sufficient in today’s conditions. They require more effort from the rider, need to be adjusted frequently and are less effective overall. To overcome these problems disc brakes are used. A disc brake uses hydraulic pressure to stop the vehicle. It is widely used in motorcycles, cars, trucks, buses, bicycles etc but in this story we will only focus on motorcycle disc brakes.

The first caliper-type automobile disc brake was patented by Frederick William in 1902 but it failed due to the use of a copper disc. The first motorcycles to use disc brakes were racing machines.

The first mass-produced road-going motorcycle to sport a disc-brake was the 1969 Honda CB750 which was a very successful model for the company. Honda was planning to sell 1500 units a year but the demand surged to 3000 units a month.

A Disc brake assembly contains brake rotor (Disc), Calipers, brake pad, master cylinder, brake lever or pedal and cable. We will talk about the disc in this article and other parts will be covered in part 2 of this series.

The brake rotor or brake disk is the main rotating part of the disk brake assembly. It is the component by which the brake caliper clamps its hold to stop the wheel rotation. It is hard wearing and resists high temperatures that occur during braking.

It is generally made of cast iron. In high performance vehicles composite materials such as ceramics or carbon fiber are used to make rotors. Since some of the rotors have directional vanes they can be fitted to only one side of the vehicle.

The size of disc/rotor plays an important role in the efficiency of disc brake. In India, we find mostly 240-300 mm front discs on motorcycles. One example of a large rotor was this Buell XB12SX Lightning City X which used 375 mm front disc brake.

The front disc is always larger than the rear disc because the front brake is more effective in stopping a two wheeler than the rear brake. In general, the larger the rotor/disc the better is the braking of the motorcycle. There are following reasons behind the same.

In motorcycle disk brake assembly, rotors can be cross slotted or cross drilled. Both of these are known as ‘ventilated’ discs. Previously plain disks were used as rotors.

In this kind of rotor you will find holes drilled in the disk. This style was first introduced in 1960 in racing cars.

The main advantages of this type of rotor are:

There are few disadvantages as well

In cross slotted rotors, slots are shallow channels machined on the surface of the disc. The slots can be of various depths and widths and can be machined in different angles. They are not as popular as Cross Drilled rotors. We have seen them mostly on some Harley Davidson motorcycles.

Its advantages are as under:

There is another type of rotor/disc which is known as petal disc or wave disk. The outer edge of the rotor is shaped like a wave instead of a plain circle. The petal disc is more effective while braking as compared to plain circular disc.

Centrifugal Clutch in Auto Transmission – What is it & How it Works

There is only one major disadvantage of this kind of disc that it wears out the pads at a faster rate.

Damages Caused to the Rotor

The rotor can be damaged in one of the three ways – warp, scar and crack.

Hope you like the information that is provided in this article. Do share it with your friends who may want to know about it…