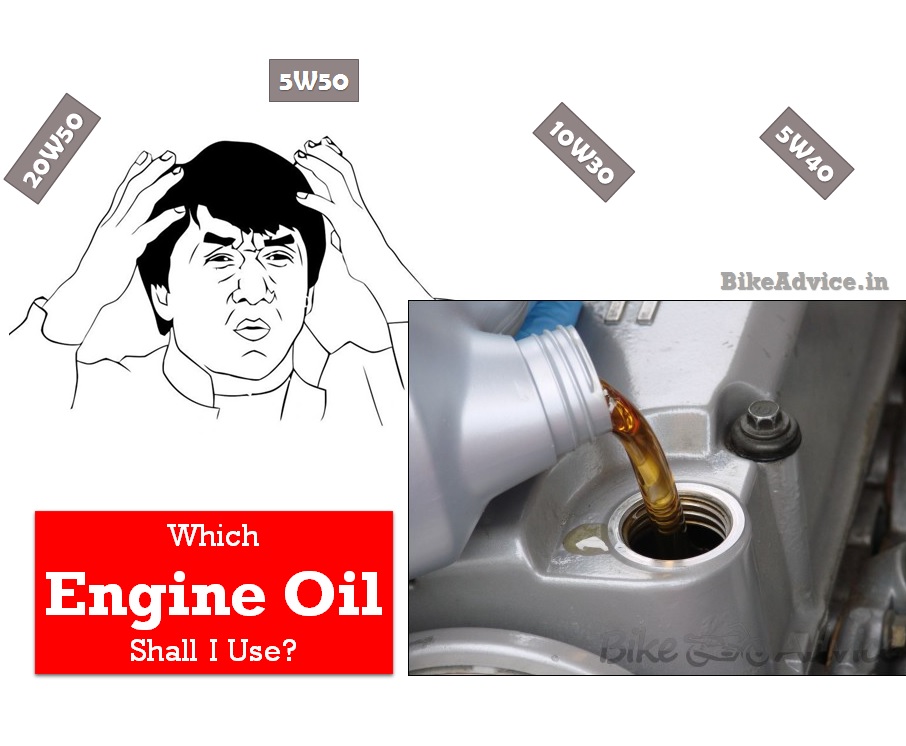 We try to answer the commonest question – “Which Engine Oil should you use?”.

Note: This “Which Engine Oil” is an old article which was published long back. Since, we have been receiving a lot of queries on engine oils of late, we are bumping it up for all of you who have missed reading it.

I have been encountering a lot of confusion among bikers with respect to the different engine oil recommendations from manufacturers for their respective vehicles. This article is prepared to make a layman understand what does different grading signify and its implications on our engines in a very simple language.

Whenever you buy a new bike, it’s mentioned in your owners manual that you should use only the recommended “xWy” (for eg 20W-40, 10W30 etc) grade of engine oil. Now what is this xWy and what precautions should I take to ensure I am doing the right thing. 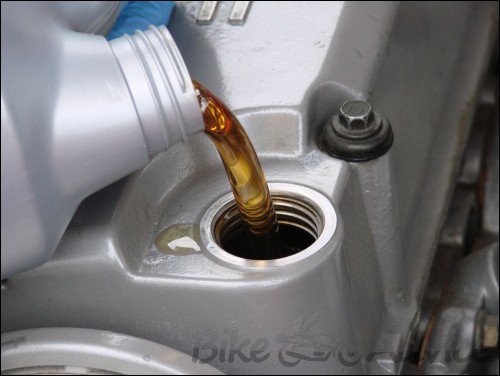 Let us understand letter by letter.

Viscosity, simply put, is nothing but the thickness of a liquid. Higher this number, thicker is that liquid and obviously more resistant to flow across. And thinner the liquid easier does it flow across.

For example, Kissan’s tomato ketchup is thicker than water. So ketchup would have a higher viscosity number (or viscosity index) and water would have a lower viscosity number. When you put a drop of each on a table and try to slide, you would notice that water easily flows across whereas ketchup takes its own little time to slide down. The same principle is applicable to engine oils.

As soon as we crank our engines, the internal temperature is generally cooler (as compared to an instant when the engine is running) and there are a lot of internal engine parts which move and rough up with each other. Hence the oil is required to quickly move up to all those parts and clung on them for better protection. And this is where the ‘x’ (first letter) comes to play. The lower the number, easier it would be for it to flow across and cover up the roughing engine parts. Hence a 5w50 engine oil would be better than a 20w50 engine oil here.

Let’s turn our attention to the second letter ‘y’. Consider an example when you have been riding for an hour continuously on your bike in scorching summer at stop and go city traffic. Do you understand the amount of heat generated and the temperature inside the engine at this instant? And we all know that under higher temperature liquids have this property of becoming thinner. So we need a thicker oil, don’t we? 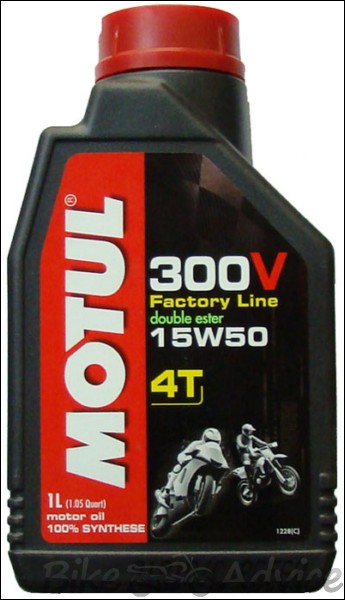 This is where the ‘y’ figure comes into play. This figure should be higher enough to accommodate the ‘thinning’ of the engine oil at rising temperatures and ensure that the engine oil remains ‘thick enough’ to protect the engine at these burning temperatures. If this is not taken care of, engine oil would become thinner (like water) and would not clung to the walls of engine and loose its property of proper lubrication.

For better understanding, let us take an example: I and one of my friend start together on two Pulsar 220s. I am using xW50 oil and my friend is using xW40 oil (forget about what the manufacturer has recommended for an instant). We ride on same roads and under similar conditions. After an hour, which engine oil do you think would be more effective? Yes, owing to its higher viscosity (thickness) at engine operating temperatures (ie the temperature that time), my xW50 engine oil would be protecting my engine more effectively than my friends’.

So, Which Engine Oil?

I hope you have understood till here. However, I have a few more pointers to make which even if you do not understand completely right now, you will gradually get them.

We generally prefer and suggest Motul Engine Oils over other oils available in the market as we have had good experiences with them.

In case you still have confusions, you can send us messages at our Official Facebook page. And if you like the info, do not forget to share it across to your friends.