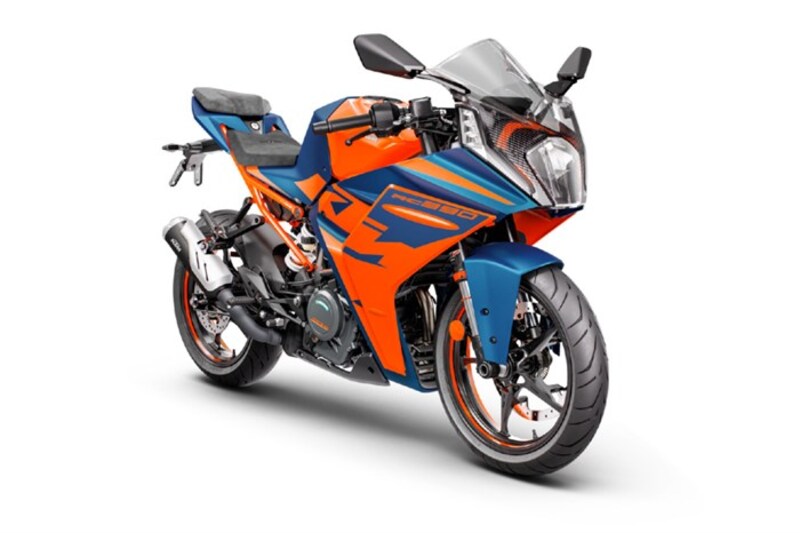 2022 KTM RC390 specs put a final confirmation on the numbers that the motorcycle will boast. It’s launch is round the corner..

The specs of the soon to launch 2022 KTM RC390 have leaked through a Type Approval document clearly mentioning and confirming the bike’s name as well as many other details related to it.

The RC 390 is the most powerful single-cylinder supersport bike offered by KTM in India and has recently been listed on the Indian website by the company. The 2022 version of the bike was introduced in the European market last year and has undergone heavy visual as well as some performance changes.

Coming to the leaked document, it is confirmed that the supersport will be powered by the KTM staple 373.27 cc engine, shared by the 390 Duke and Adventure siblings, which puts out 42.9 HP (32kW) of power at 9,000 RPM.

Other details the Type Approval document has confirmed is that the engine in the bike fulfill the BSVI norms of our country along with the Gross Vehicle Weight (GVW) of 322 kg.

And finally, we get the confirmation of the dimensions of the upcoming bike. According to the document, the Wheelbase of the bike will be 1347 mm, Overall width of 799 mm, length of 1965 mm and height of 1145 mm.

Refreshing the memory, the 2022 version of RC 390 will be boasting a 5 kg lighter body, 15 mm higher set handlebars along with lighter alloy wheels and revised fairing & aerodynamics.

Visually the supersport will be donning two new colour schemes and new fascia which has caused quite a stir in the biking community due to its complete redesign. The bike will have a fuel capacity of 13.7 L, matching the capacity of its siblings, and is rumoured to be available with adjustable suspension when launched.

The biggest mystery right now is the launch date of the upgraded RC 390. The 390 Adventure has started reaching the dealerships across India and the dealers have started taking bookings for the same.

Our best guess is that the RC 390 will either launch alongside the 390 Adventure or after few weeks of launch of the Adventure sibling. It is anticipated that there will be a slight price bump in the ex-showroom price of the 2022 RC 390 when launched.