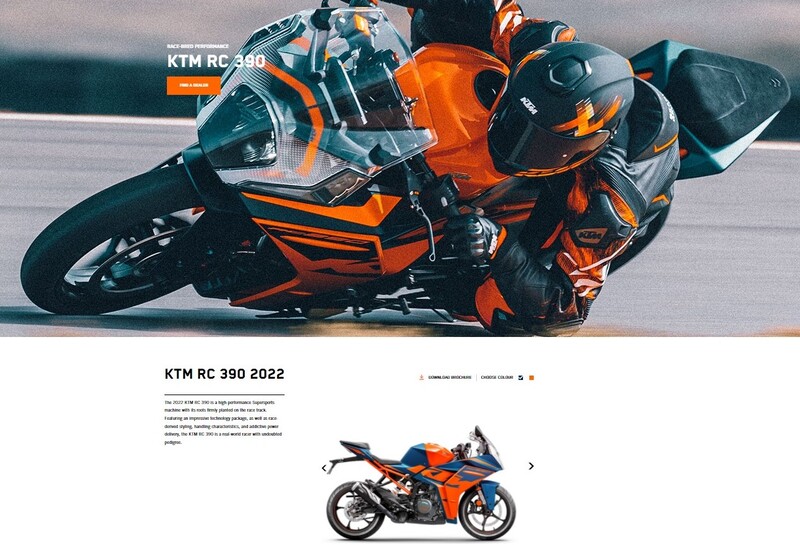 We expect 2022 390 Adventure launch to take place in the coming few days and it may be along with the new RC390. Adjustable suspension is still a mystery..

It has been a long wait for those bikers who appreciate and love the sheer thrill and performance the KTMs bring to the table. Though being a little demanding, the RC390 is one of the few motorcycles that gets the heart racing instantaneously, specially for entry level sports bikers.

On the other hand, the 390 Adventure is one of those motorcycles that gives you the thrill on the tarmac and does not fret when the tarmac ends.

Enthusiasts have been waiting (im)patiently for the new generation of the performance-dedicated RC390 for a while now. Their patience was awarded when the new-gen Moto3 inspired supersport made its debut last year in August. But for some, the newly designed front left a sour taste.

For those who like to venture away from and beyond the paved road, KTM unveiled the updated 390 Adventure in December last year. Listening to their customers, the manufacturer brought the much needed updates and changes to the interesting ADV.

Now, here is a good news – KTM have officially listed the 2022 versions of the RC390 and Adventure 390 on their official website. This combined with the sighting of the first batch of 2022 390 Adventure from one of the dealerships, means that the launch is just round the corner. But, where is the adjustable suspension, KTM??

It was 2014 when the RC390 took India by storm. It was one of the prominent indicators and catalyst of the changing biker mindset and biking community. It still is the undisputed performance champ in the affordable supersport category of our country even though few rivals have cropped up during this timeframe.

Also read: Spied: Is That the Next-Gen Svartpilen 401…?

The 2022 update of the RC 390 is described by KTM to have ‘Race-Bred Performance’. To back this claim, they had even made a full 18-minute video showcasing the race-track inspired changes they have brought to the bike along with creating a pure track-focused version of the RC 390 which few selected media members got to try in order to understand how similar it is in nature to the track machine.

KTM claims that the new RC 390 is directly inspired from their MotoGP monsters, and features new chassis, aerodynamics and electronics for the new generation.

The company says that the new chassis is made up of an all-new frame and sub-frame combined with lighter wheels and tyres. The combination of new trellis frame and the new bolt-on sub-frame has resulted in reduction in overall weight by 1.5 kg while improving overall stiffness and rider feedback. The lightweight 17” rims have further lightened the bike by 0.8 kg.

The ergonomics of the new machine have seen a significant philosophy change. The company claims that they have designed the ergonomics aggressive enough to perform at the track while being comfortable for the commute as well. Comfortable & supportive seat design, redesigned footpegs and adjustable handlebars & levers all adds up to the improved ergonomics of the bike.

The design and aerodynamics of the bike is one aspect which has been completely redesigned. Inspired directly from the MotoGP machines, the bike sports an aggressive and sharper design combined with wider fairing to improve the airflow and hence better aero of the bike. Adding further to the visual appeal is the new GP-inspired colour scheme – Blue with Orange accents and Orange with Black accents – new single-LED headlight with integrated turn indicators and TFT instrumentation with Bluetooth capabilities. The fuel capacity has also increased to KTM standard 13.7 L.

For the off-road lovers, KTM have updated the 390 Adventure with the much wanted features. They have added the most required two-mode traction control system that will automatically adjust the degree of rear wheel slip, aiding the rider to better tackle the loose or wet terrain/tarmac. Additionally, the new modes – Street and Off-Road – now do not automatically set themselves to default when the bike tips-over or is turned off.

KTM have taken further measures to improve the stiffness and durability of the alloy rims used in the ADV. They have introduced a new 10-spoke alloy arrangement, instead of the previous 12-spoked one, which they claim will perform better off & on-road than the previous ones.

Visually, new paint schemes have also been introduced for the 2022 version of 390 Adventure. Two new liveries introduced –  Orange with Blue Accents and Black with Orange accents.

Other than these, there are no changes that have been brought to the ADV. It still gets the standard 373 cc engine which puts out 43.5 PS and 37 Nm of torque connected to a wet, multi-plate clutch assisted by a slipper clutch.

To re-iterate, these two 2022 machines are just on the verge of being launched in our country.