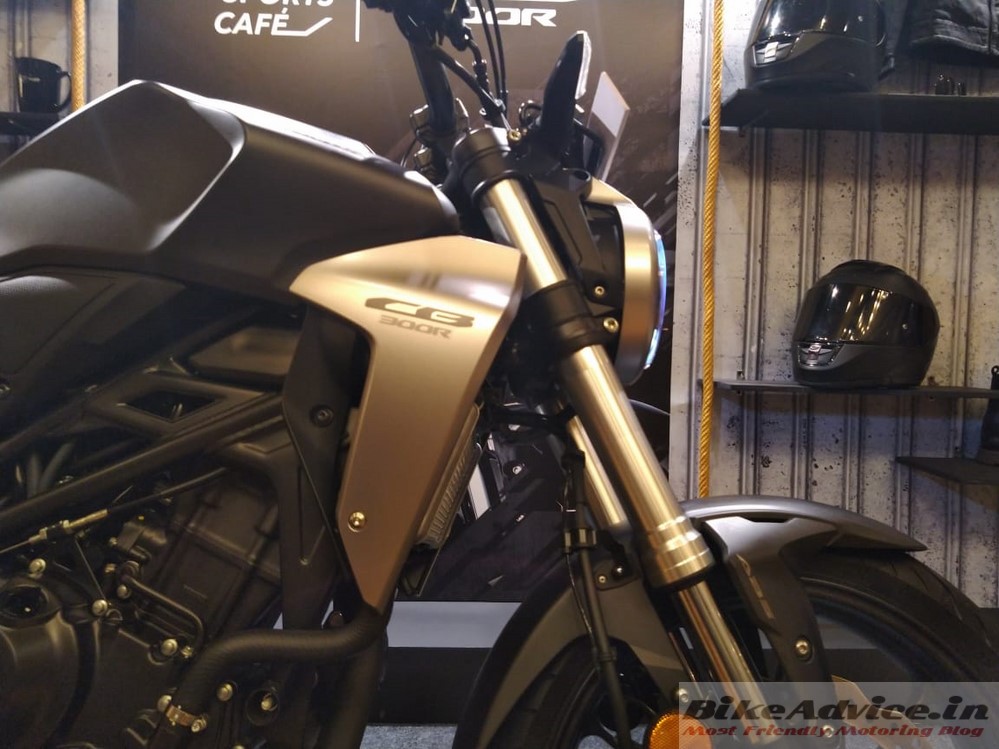 Honda’s CB300R has been one of the most talked about motorcycle of this month. It is because after a long gap Honda is offering a fairly exciting motorcycle and at acceptable prices. Launched on 8th February in India, Honda commenced bookings of the motorcycle back in mid January.

They CKD motorcycle will be assembled in India and hence Honda is not very aggressive with numbers. The response so far has been pretty good with the company announcing that they are sold out for three months. It has been revealed that Honda has, so far, garnered total bookings of 400 units of the roadster.

In isolation these may not appear to be heavy numbers but considering CB300R’s limited reach of 22 dealerships only and that it is not locally made (like Duke 390), these are fairly good numbers to start with. Honda has announced that they will increase the reach of the motorcycle to more cities in a phasewise manner (details).

The CB300R has also marked the debut of the Silver wing mark in India with the promise that they will shift focus to more mid-capacity motorcycles for our market (details). Bikers in this segment have options ranging from Mahindra Mojo, Bajaj Dominar, KTM Duke 250 and Duke 390, New Jawas, BMW G310R and the twin cylinder Royal Enfield 650s which are priced around the same range.

Honda has announced that deliveries for the first bookers of CB300R will commence from March. You can also secure your motorcycle at any of the 22 dealerships at a pre-payment of Rs 5000, however, expect deliveries from June onwards.

Honda also showcased an accessorised version of CB300R at the launch and you can check out its pics and five changes here.