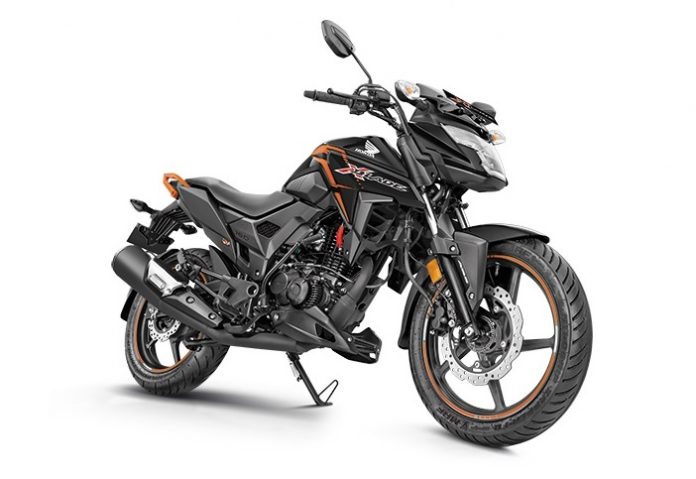 Few days back Honda officially announced the launch of its first premium 150cc motorcycle – the 2020 X-Blade. We have talked about its specs here. In this story, let us list the changes it now comes with, in the new avatar.

Torque – This is the biggest positive change in the motorcycle. Torque numbers have gone up from 13.9 Nm to 14.7 Nm – making them the segment best figures. They also peak at 5500 rpm now – 500 rpm earlier than before.

Fuel Injection – Like almost every other motorcycle, X-Blade has also ditched the carburetor in this transition and fuel is now fed through a fuel injector.

Weight – The older model was listed at 140 kg for the standard version and 142 kg for the premium trim. The new X-Blade weighs 143 kg and 144 kg respectively for these two variants – hikes of 3 and 2 kg effectively.

Redesigned undercowl – For the treatment of gases, the Cat Con has become bigger. As a result, the undercowl has received a minor rework to accommodate the change.

Colors – Honda has trimmed the color palette from five to four. It has discontinued Matte Marshal Green Metallic from the list completely. In place of the older Matte Frozen Silver, the motorcycle has received Matte Axis Grey Metallic shade. The Pearl Spartan Red, Pearl Igneous Black and Matte Marvel Blue Metallic continue to be on offer but they have received new graphics. The black shade with orange tinge stands out in this new chart.

Price – As a natural outcome, X-Blade has become significantly costlier. It has been priced at Rs 1,06,687 and Rs 1,11,900 for the single disc and dual disc variants respectively. In the process, it has become the second costliest conventional 150cc motorcycle in the market, only behind Gixxer.

X-Blade was introduced in the lineup to increase Honda’s sales in the premium 150cc segment which already had the Hornet 160R. However, Honda has not been very successful at achieving their target numbers. With things changing dramatically in the new BS6 era (when prices of all other 150s have increased significantly), it will be worth a watch if the new X-Blade can make a mark for itself.