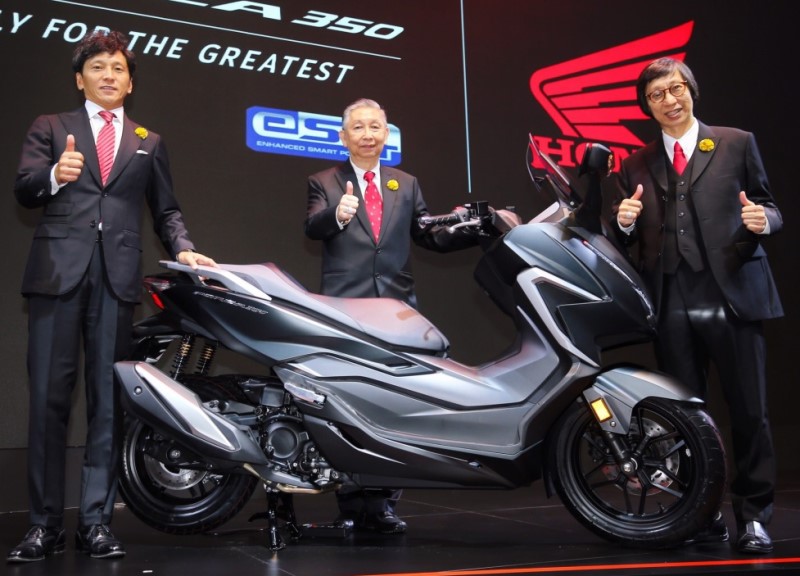 Honda’s update for the Forza with a bigger engine comes as a surprise. At the ongoing Bangkok Motor Show Honda has officially announced the launch of the bigger Forza 350 in Thailand.

This is the global debut of Forza 350 and chances are that the Forza 300 will be discontinued from all the markets gradually. Forza 350 is powered by a single cylinder, 330 cc, 4-valve eSP engine, power and torque numbers of which are not known at this point. The exact reason of this engine upgrade has also not been revealed by the company but going by the wording used in the press note, chances are that it may have to do with the stricter emission norms that are being made mandatory across the world.

This converts to about 4.14 Lakh in INR. In comparison, the older Forza 300 was launched in Thailand at 1,69,000 baht (roughly equal to 4.03 Lakh INR) last year according to Honda’s official website. This suggests that there has been a very reasonable price increment in this transition.

The maxi-scooter is available in four colors – white/blue, black, blue/black and red/black. Honda has opened bookings of the new Forza 350 and is also running some promotional schemes till 25 July.

Honda Motorcycle and Scooter India has officially confirmed the launch of Forza in India sometime within this financial year and it is this 350 that we expect to get.