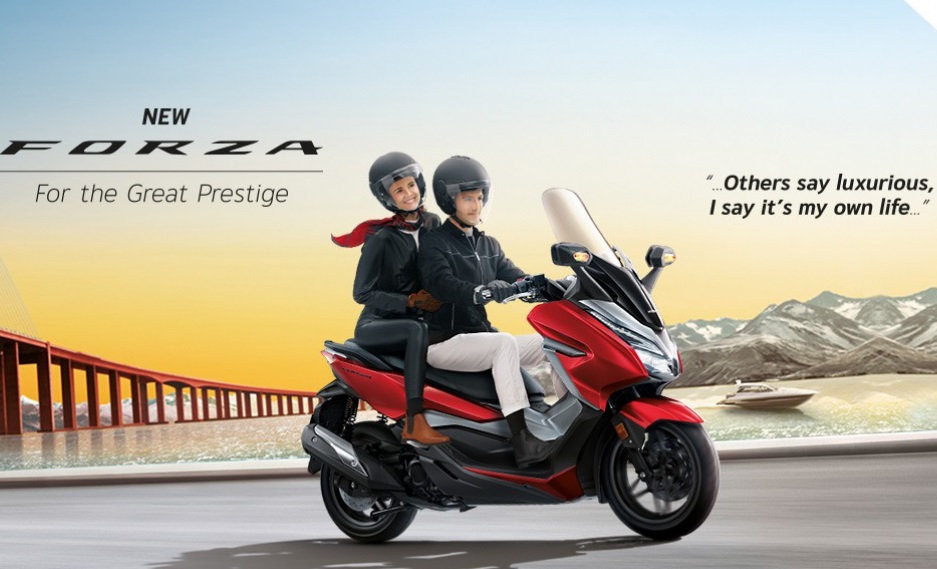 It produces power almost equal to the CBR 250R and torque very similar to the bigger CB 300R – and it is a scooter that we are talking about! Yes, Honda has surprised everyone by confirming the launch of its Forza 300 in India this financial year. In fact, four units of the maxi scooter have already been delivered in India (more details).

According to unconfirmed reports Honda retailed them for whopping amounts of Rs 7-8 Lakh and there goes all the excitement out of the window..! But wait, that will NOT be the price of Forza 300 when it will arrive in India for regular retail. Because the units that were sold were brought in India as CBUs (completely built units) which attract hefty taxes – which almost double up the retail price of the two-wheeler.

Though Honda has not specified, but it is a given that Forza 300 will, eventually, be launched in India as a CKD (Completely Knocked Down kits) which attract a lot lesser taxes, in comparison. This stems from the fact that Honda is gradually moving its existing products to the CKD route and has promised as many as 5 new models under its ‘BigWing’ umbrella (for this year).

Now, let us try and understand how much could the Forza 300 eventually cost in India. We are taking the CB 300R as a reference point and listing few markets which sell both of these.

If we add these percentage figures to the current Indian ex-showroom price of the CB300R – Rs 2.42 Lakh we land up at numbers ranging from Rs 2.60-2.70 Lakh. Even if we add up a few grands due to the Euro 6/BS6 transition we are still under that Rs 3.0 Lakh bracket – which is what should be the ex-showroom tag of the Forza 300 when it eventually arrives here.

Obviously, you may argue that at that price you can get a 390 Duke or even better the 390 Adventure. People who prefer motorcycles will never consider buying sports scooters. But Honda believes that there is a market for such niche products.

So, here we have Honda taking the lead in introducing India’s biggest and the most powerful scooter – which is expected to cost only slightly higher than CB 300R. Will you take one…?