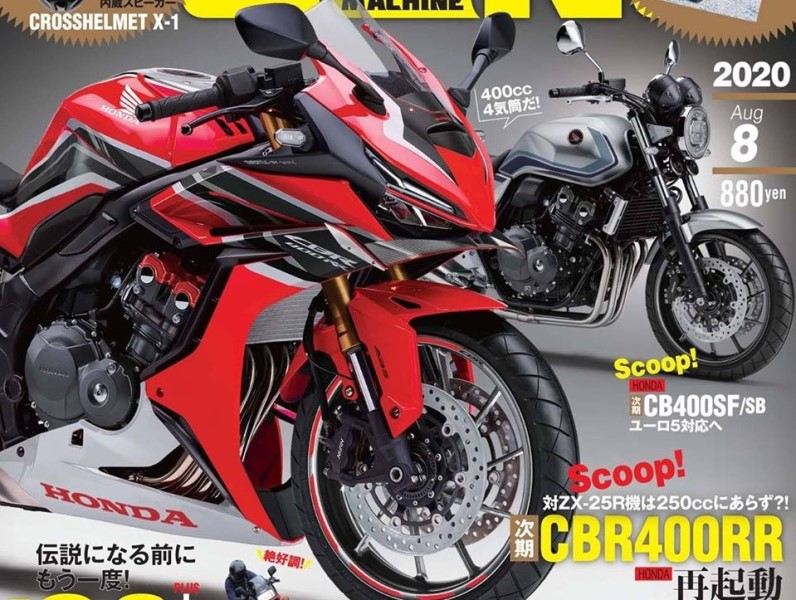 Looks like 4-cylinder mid-capacity engines are making a comeback. Many top CEOs believe that 250-600 cc segment will see a major growth in some very important motorcycles markets in the world post COVID. The upcoming Kawasaki’s 4-cylinder Ninja ZX25R is creating a lot of interest. It is made for markets like Indonesia, Japan (and probably a few other markets).

But that is not where the story may end! According to a Japanese magazine Young Machine, Honda is considering bringing its CBR 400RR back. Young Machine has been a very reliable source of first hand info for all these years. In fact, if we remember correctly, the news of ‘Kawasaki working on a 4-cylinder 250cc‘ was also broken by Young Machine back in 2014 (check it out).

Of whatever we have read about the motorcycle by reviewers, it is being praised almost everywhere as an extremely nimble and quick mid-capacity sportsbike. In fact, some have claimed that it had a top speed of around 210-220 kph, back then!

Quite naturally, the return of the small inline-four from Honda will create a lot of excitement in the market. But before we talk about it further, let us wait to hear some concrete sniff of it!