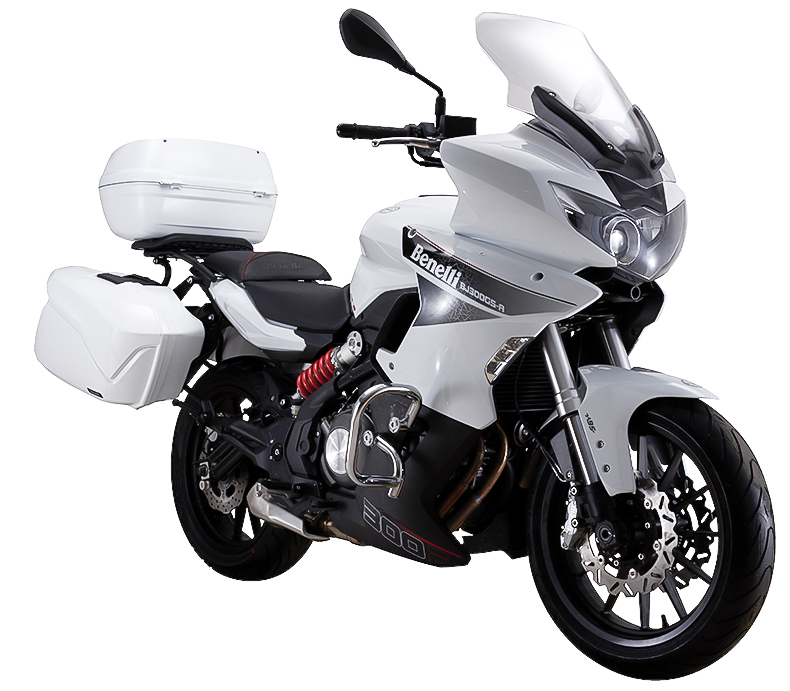 No word on Benelli BJ300GS launch in India yet!

After spawning out two variants – streetfighter TNT 300 and sports 302R, on its 300 platform, Benelli has created a third variant, probably the most interesting one so far – the sports tourer. Called weirdly as BJ300GS-A (how many of you will remember the name till the end of the article?), it shares a lot of design inspiration with the 302R and the elder sibling TNT GT600.

To lend the motorcycle touring credentials, Benelli has given it the following changes/features… 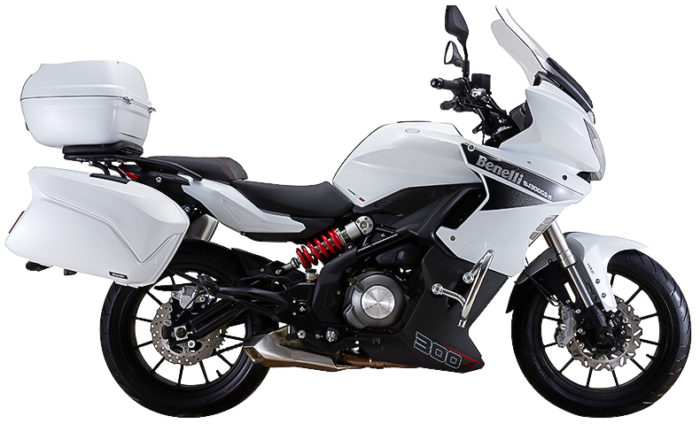 The bigger changes are

Power comes in through the same 300 cc liquid cooled vertical twin DOHC engine with 4-valves. At 35.3 PS (at 12000 rpm), Benelli has sacrificed a wee bit of power to increase its torque marginally – which now stands at 27 Nm at 9000 rpm. In comparison, Indian-spec 302R churns out 38.79 PS of peak power at 11,500 rpm and 26.5 Nm of maximum torque at 10,000 rpm. And as you can notice, peak torque also comes in earlier, suggesting that more torque could be available down the revs. 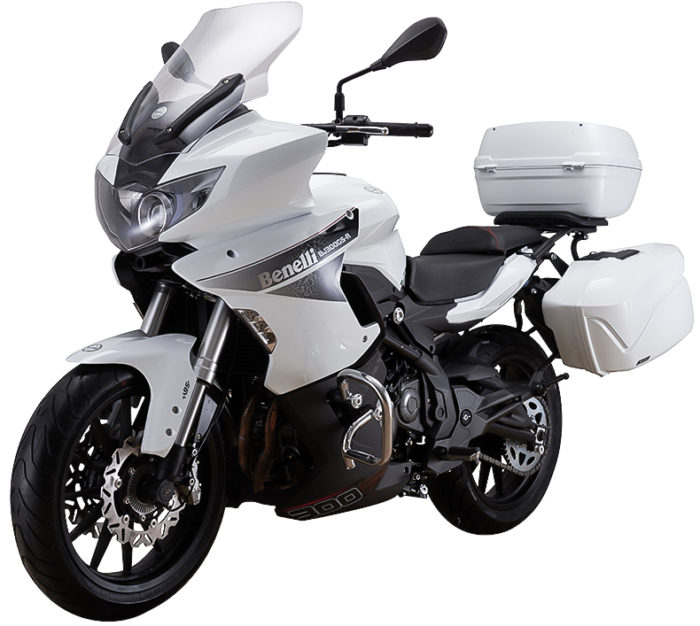 The upside-down front forks and twin petal disc at the front and single petal rotor at the rear braking setup have been carried forward. Also on offer is dual-channel ABS. However, all these changes have made the already heavy 198 kg motorcycle (302R) heavier by 18 kg (it weighs 216 kg)! 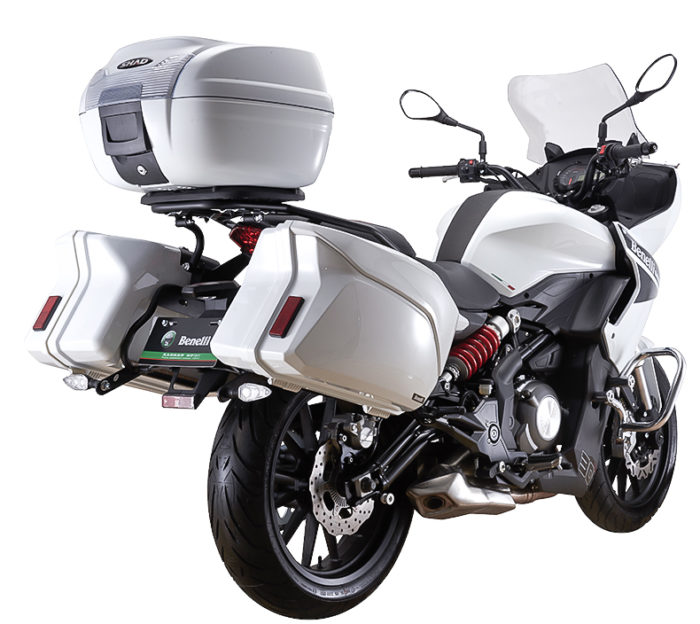 Will DSK launch the 302R Tourer in India is not known at this point of time but it does look a tempting offering and would become the most affordable tourer in their range.

Among the confirmed-for-India motorcycles – Leoncino scrambler is coming very soon, followed by the very interesting TRK502.